A third act for Corey Jenkins

Former Gamecock Corey Jenkins is his first season on the Cardinal Newman staff. 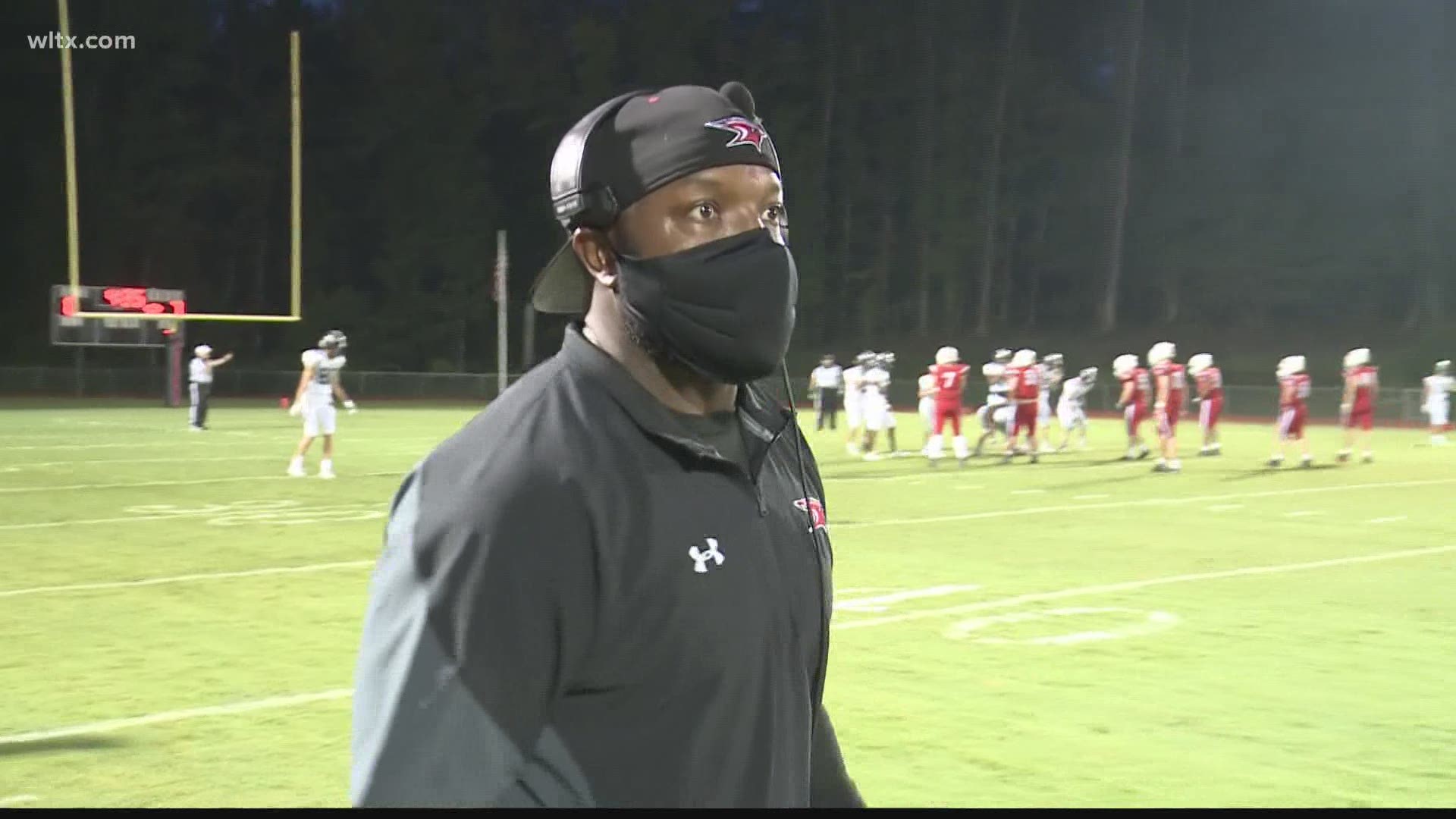 He played football in college and the NFL.

He is now in the midst of a coaching career that last year saw him be a part of a conference championship at S.C. State.

A 1995 first round draft pick by the Boston Red Sox, Jenkins excelled in baseball and football at Dreher High School. After a few years in the minor leagues, Jenkins returned to Columbia where he landed on the Gamecock football team. Lou Holtz played Jenkins at quarterback, running back, safety and linebacker.

He was a sixth-round draft pick by the Dolphins in 2003 as a linebacker and made his way to South Florida where he played for Dave Wannstedt and Nick Saban. In the Saban era, Jenkins' position coach was current Gamecock head coach Will Muscahmp who Jenkins would work under from 2016-2018 as an assistant strength and conditioning coach.

Jenkins spent the last two years at South Carolina State where he coached the fullbacks and tight ends.