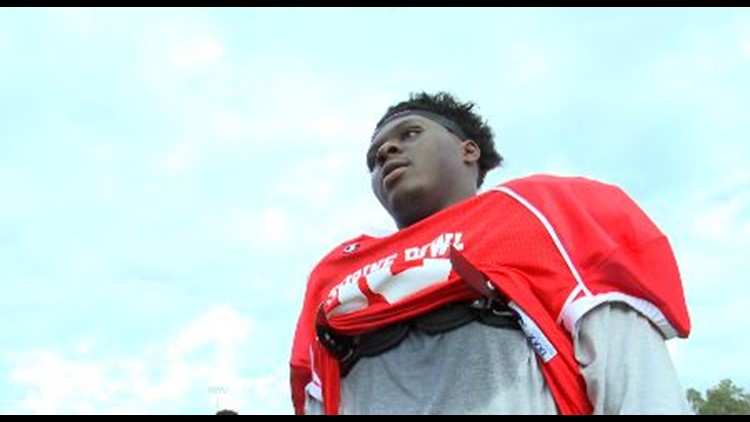 Photo by: WLTX
Trey Irby is one of several Midlands players who will play in the 83rd annual Shrine Bowl

Dutch Fork defensive lineman Trey Irby will be playing with his older brother at Newberry College.

Irby committed to Newberry College Monday with an announcement on his Twitter page.

Bobby Irby, a former Dutch Fork receiver, will be a senior in 2020 at Newberry.

Trey wrapped up his senior season in 2019 by helping Dutch Fork win its fourth consecutive 5A state championship. He went on to join his Dutch Fork teammate Jalin Hyatt at the Shrine Bowl where they were on the winning South Carolina team.

Trey was also a nominee for the Mr. Richland County High School Football Player of the Year award.