Legendary high school football coach is putting up the headsets

Jackie Hayes is stepping down as the head football coach at Dillon High School after 29 seasons. 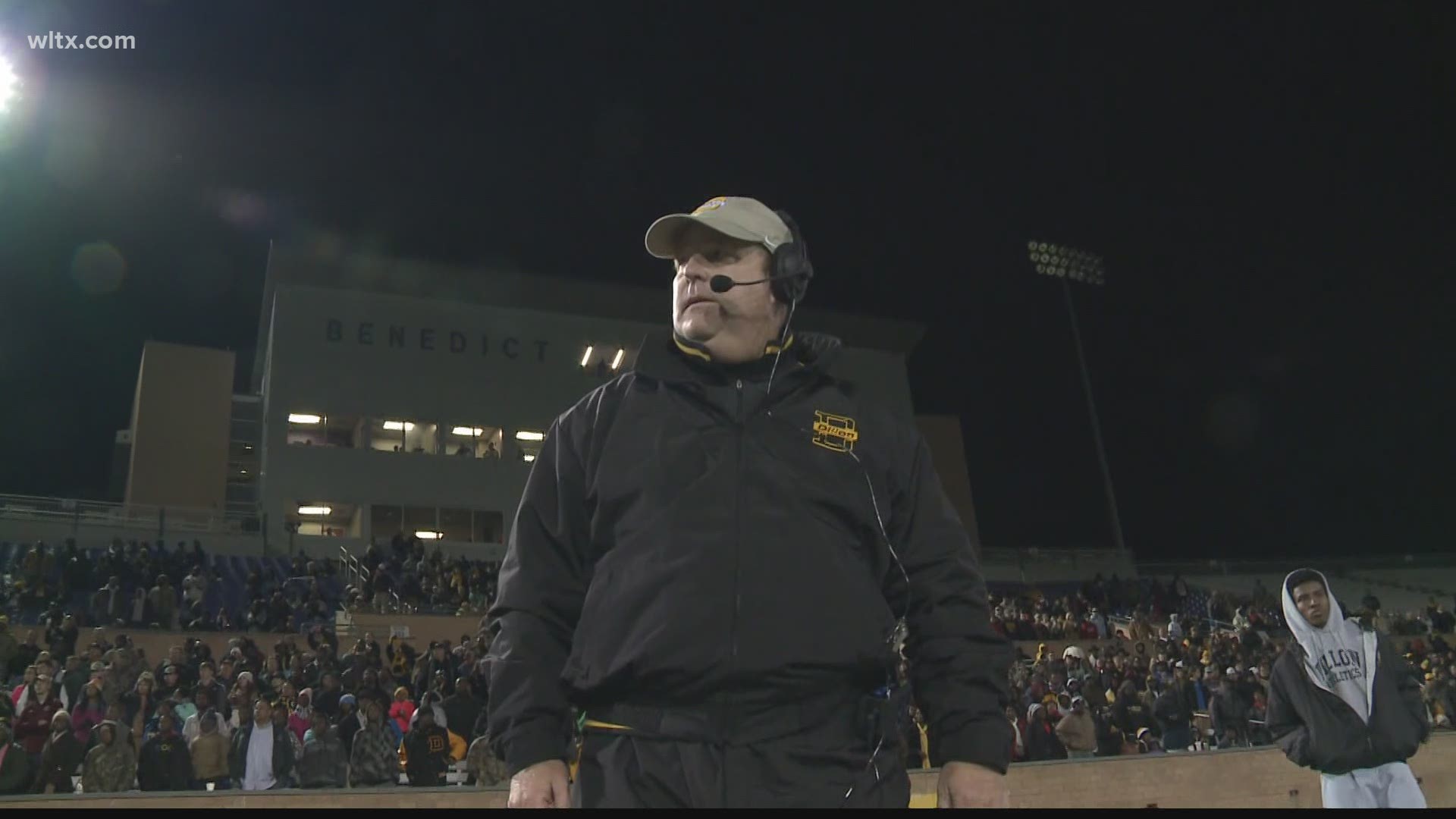 One of the premier high school football coaches in the state is stepping down.

Jackie Hayes, who spent 29 seasons in charge of the Dillon football program, is calling it a career. He will stay on as athletics director until the end of the academic year before devoting all of his energies into his new title as director or operations for Dillon School District Four.

A former Dillon player, Hayes won 336 games and seven state titles at his alma mater. That included 14 appearances in the state finals and a string of eight consecutive appearances in the championship game. Dillon won four consecutive state championships from 2014-2017 and the Wildcats never missed the post-season during Hayes' tenure which began in 1992. He took over a program that went 1-21 in the previous two seasons and in his first season, the Wildcats went 8-4. Two years later, they were playing for the 4A state championship.

A state representative for District 55 since 1999, Hayes also served as a head coach in the Shrine Bowl, the North-South All-Star Game and he was selected to the South Carolina Coaches Hall of Fame. When he was named the head coach for the 2018 Shrine Bowl, it marked his fourth appearance in the game as he previously took part in that All-Star game as a manager, a player and an assistant coach.