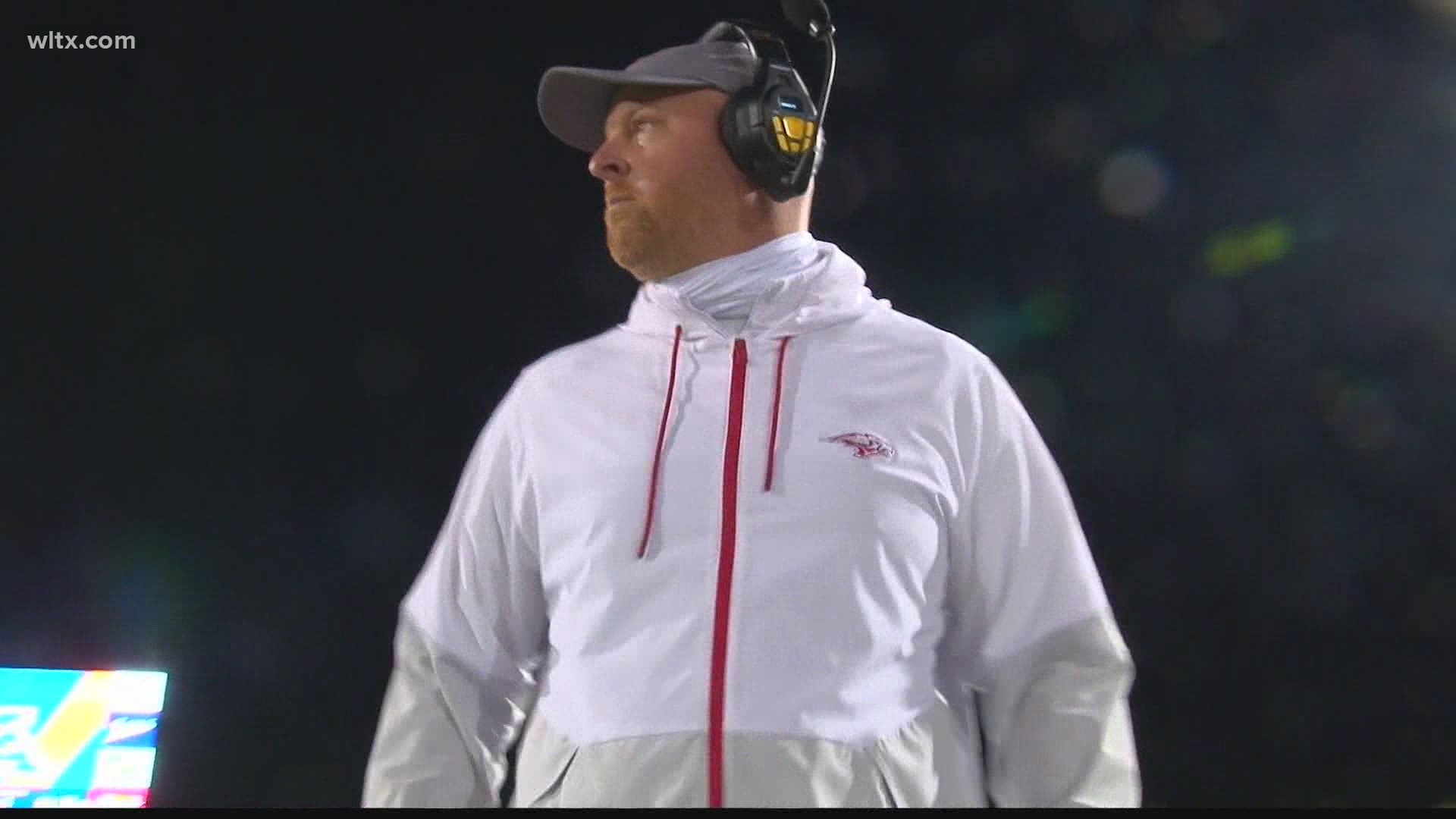 A major shakeup in the SCISA ranks as Erik Kimrey is leaving his job as the head football coach at Hammond.

News19 is being told Kimrey will join the Shane Beamer staff at South Carolina in some capacity. Gamecockcentral.com is reporting Kimrey will be the tight ends coach. It's unclear what role if any current tight ends coach Bobby Bentley will have on the new staff.

Kimrey has helped lead the Skyhawks to an incredible run in the SCISA ranks with 12 state championships in the last 17 seasons. Last month, Kimrey record number 12 and the fourth straight as the Skyhawks defeated Laurence Manning Academy 26-6.

A former quarterback at Dutch Fork under his father, Kimrey was a walk-on at South Carolina and threw the famous fade against Mississippi State in 2000. Kimrey did have an interest in joining the Will Muschamp staff but that never materialized. But four years later, Kimrey will finally realize that goal of being a full-time assistant coach at his alma mater.

Two Hammond graduates are on the Gamecock roster. Defensive linemen Jordan Burch and Alex "Boogie" Huntley are rising sophomores on the roster. They were part of a 21-senior 2019 Hammond team which won Kimrey's 11th state title. The 2020 team was not loaded with big names but they came together as a unit and gave Kimrey his 12th state title.

A baker's dozen will not happen as he will take his outstanding high school resume and head to the new operations building off Bluff Road and begin helping Beamer get the Gamecock program ready for the 2021 season. 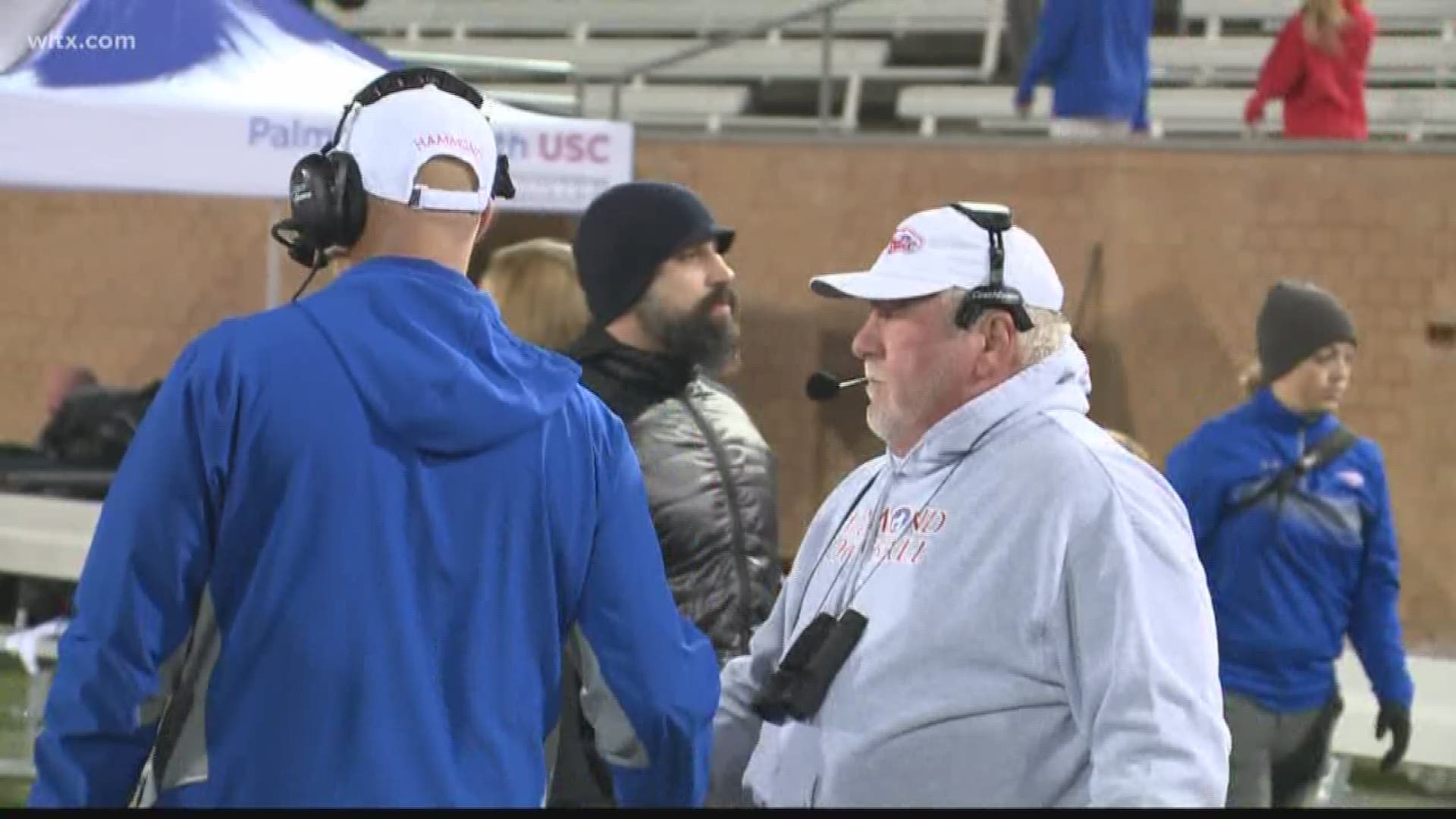