Chapin offensive lineman ends his career in the end zone

Thornton Gentry's final game in a Chapin uniform is one to remember as he checked into the scoring column. 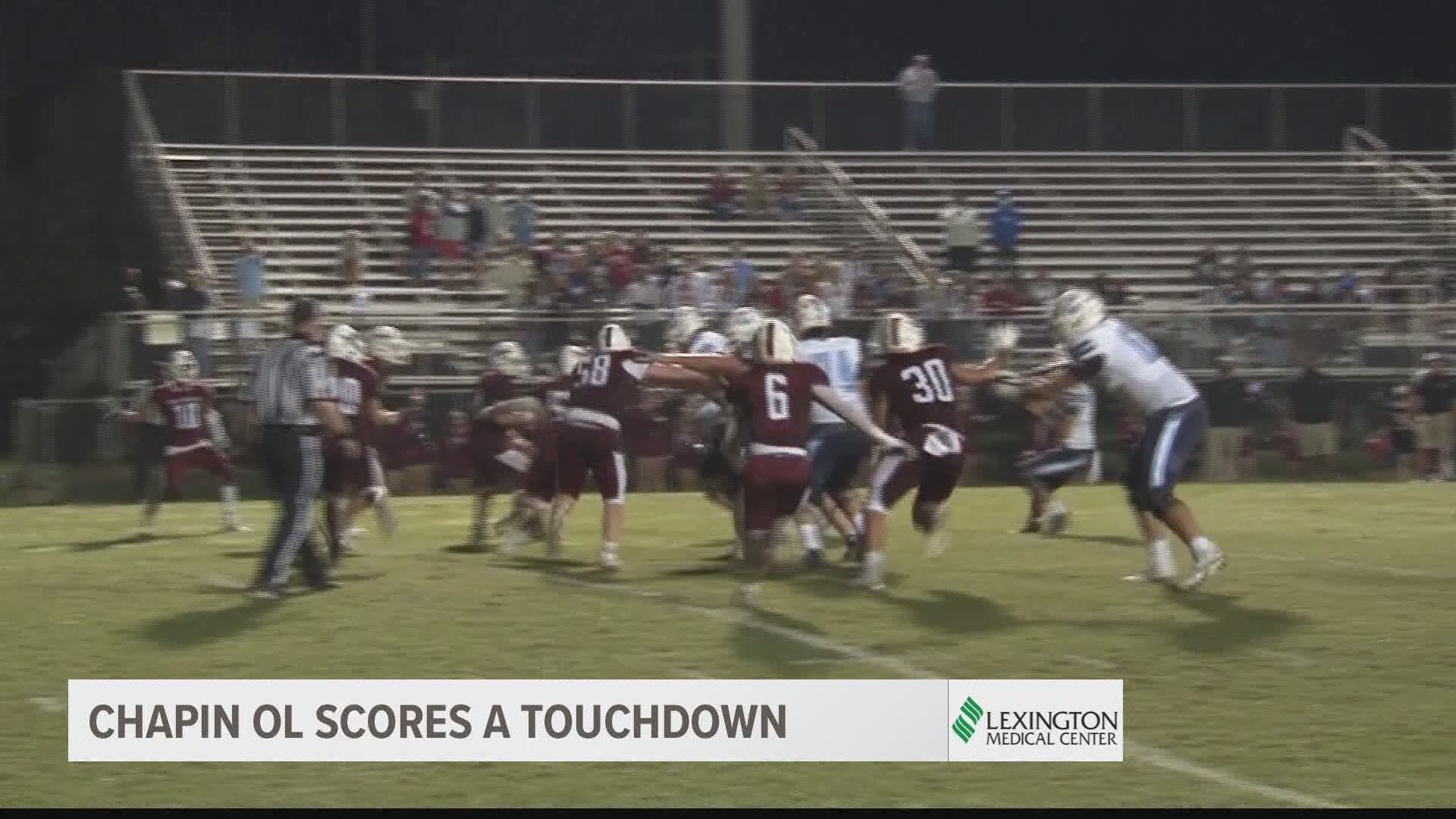 The final game of the season for the Chapin Eagles took place at Mid-Carolina in a plus-one game for both programs.

The Eagles won 41-25 and in the process, senior offensive lineman Thornton Gentry caught a short touchdown pass in his final game in a Chapin uniform.

The son of Chapin head coach Justin Gentry, Thornton is a longtime pledge to N.C. State.