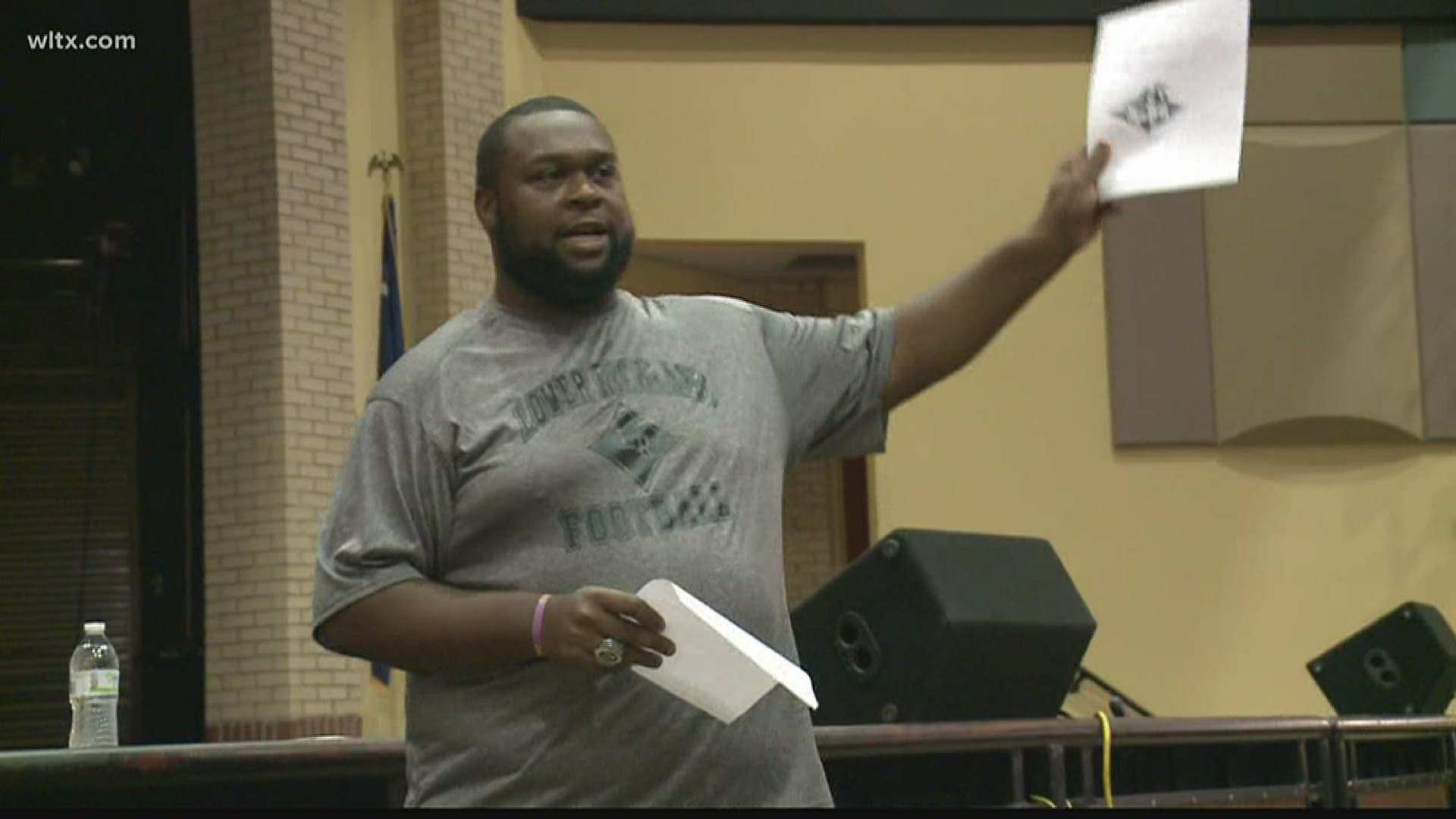 Marlin Taylor has spent time as an assistant at W.J. Keenan and Ridge View High Schools. For the past four seasons, he worked as the offensive line coach at Dutch Fork.

That means for the last four seasons, Taylor has been a part of state championship celebrations at Williams-Brice Stadium. After watching first hand how head coach Tom Knotts gets the most out of his players and coaches, Taylor will take that intel to Lower Richland where he has laid out his vision for Diamond Hornet program.

"Get them believing in our hashtag, our motto, we're going to swarm as one,' Taylor said.

Taylor said former head coach Rodney Barr left the program in great shape. In meeting with the players this week, Taylor said even though the team has not been involved in organized workouts in three months, many of the players look like they have been working out consistently on their own. That will certainly help once the coaches begin implementing their preseason conditioning program.

In the meantime, Taylor says the four years of working under Dutch Fork head coach Tom Knotts has prepared him to run his own program. With 12 state championships on his resume, Knotts has a formula for building and maintaining a championship caliber program.

"You're going to see an offense that looks like his. I hope we score as many points as we did over there at Dutch Fork," Taylor said.

"The Xs and Os, we can teach that. But we want to make sure the kids are going to class, being on time for class. Making the grades, not just being in class, but doing what they are supposed to do while they are in class. Just holding everybody accountable. I think the accountability aspect is one thing, probably the biggest piece that that I took away from Coach Knotts."