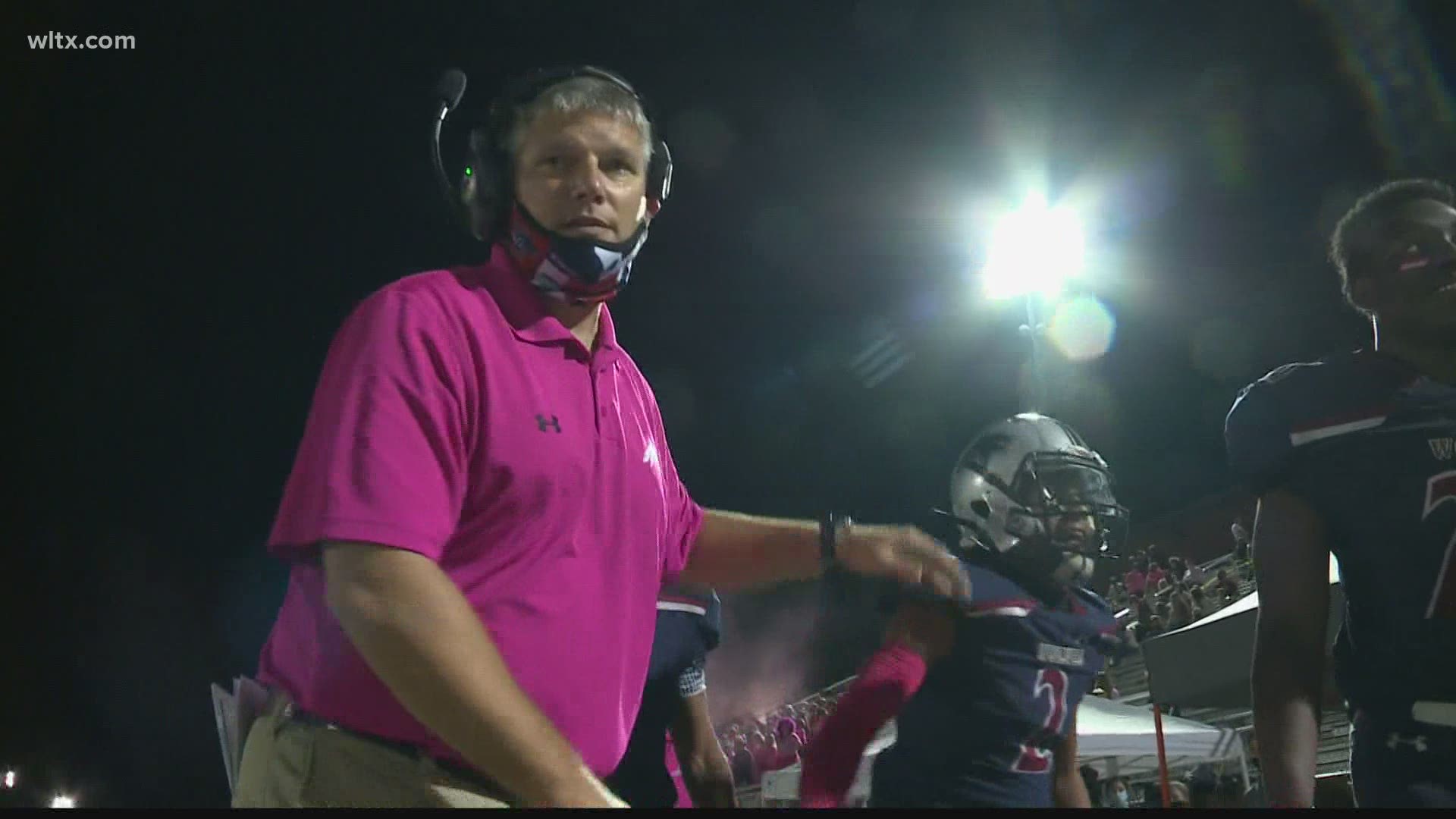 There is an opening for a head football coach at White Knoll High School as Dean Howell is stepping down after eight years in charge of that program.

He has also served as the school's athletics director. The Coach says he is resigning to spend more time with his family and he will serve out his tenure as AD through the spring.

Six seasons ago, Howell led the White Knoll football program to its only region title. Before coming to the Red Bank area, Howell was the head coach at A.C. Flora where in four seasons, he won three region titles.

Howell has also been an assistant coach at Brookland-Cayce, White Knoll and Richland Northeast High School.

He was also chosen to serve as an assistant coach in the 2020 Shrine Bowl which has been cancelled due to covid-19 concerns.