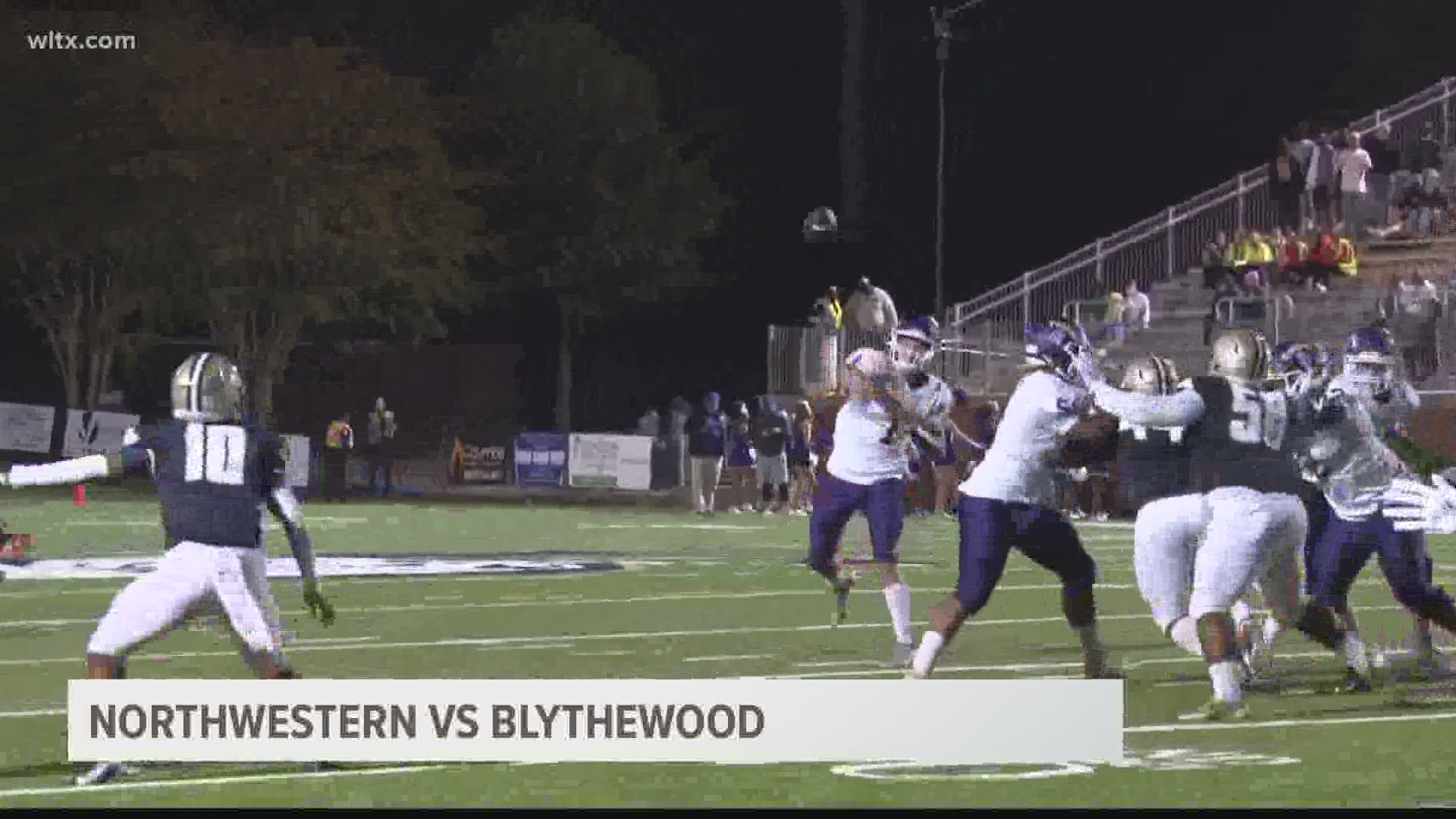 COLUMBIA, S.C. — Week six of high school football is in the books!

Here are scores and highlights from match ups around the Midlands.

Follow us every Friday on twitter for score updates and highlights throughout the evening. We'll be using the #Blitz19 hashtag. And be sure to tune in to News 19 at 11 p.m. for full coverage and game highlights.

Got scores to report?  Email us or tweet us!

Dutch Fork DB Trace Danley scored on a pick-6 in the first half against Chapin. He is the son of S.C. State Athletics Director Stacy Danley.@dfhsfootball @blitz19 pic.twitter.com/0rCa5UpGue