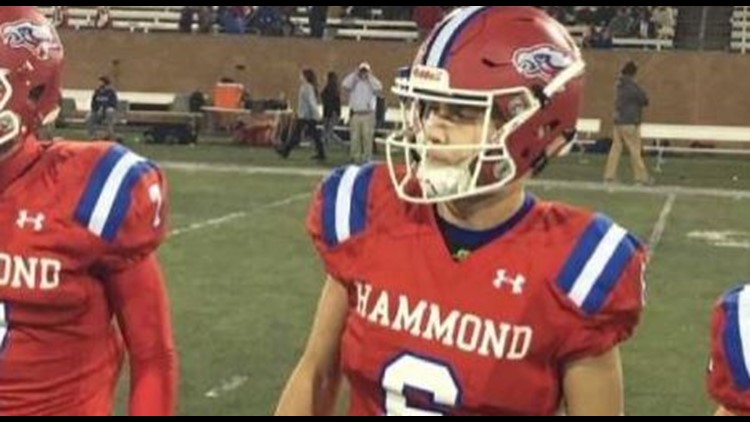 COLUMBIA, S.C. — He was a part of the three-peat at Hammond with the last two as the starting quarterback and now Jackson Muschamp will take his talents to the Mountain West Conference.

On Sunday, Muschamp announced via Twitter that he has committed to Colorado State.

The younger Muschamp had offers from the likes of Wofford, Middle Tennessee and Boston College which was his first Division I offer. Steve Addazio made that offer when he was in charge of the Boston College program and stayed in touch with Muschamp after the veteran coach was hired by Colorado State.

Muschamp will play quarterback at the school whose previous head coach is Mike Bobo, who is now his father's offensive coordinator at South Carolina.