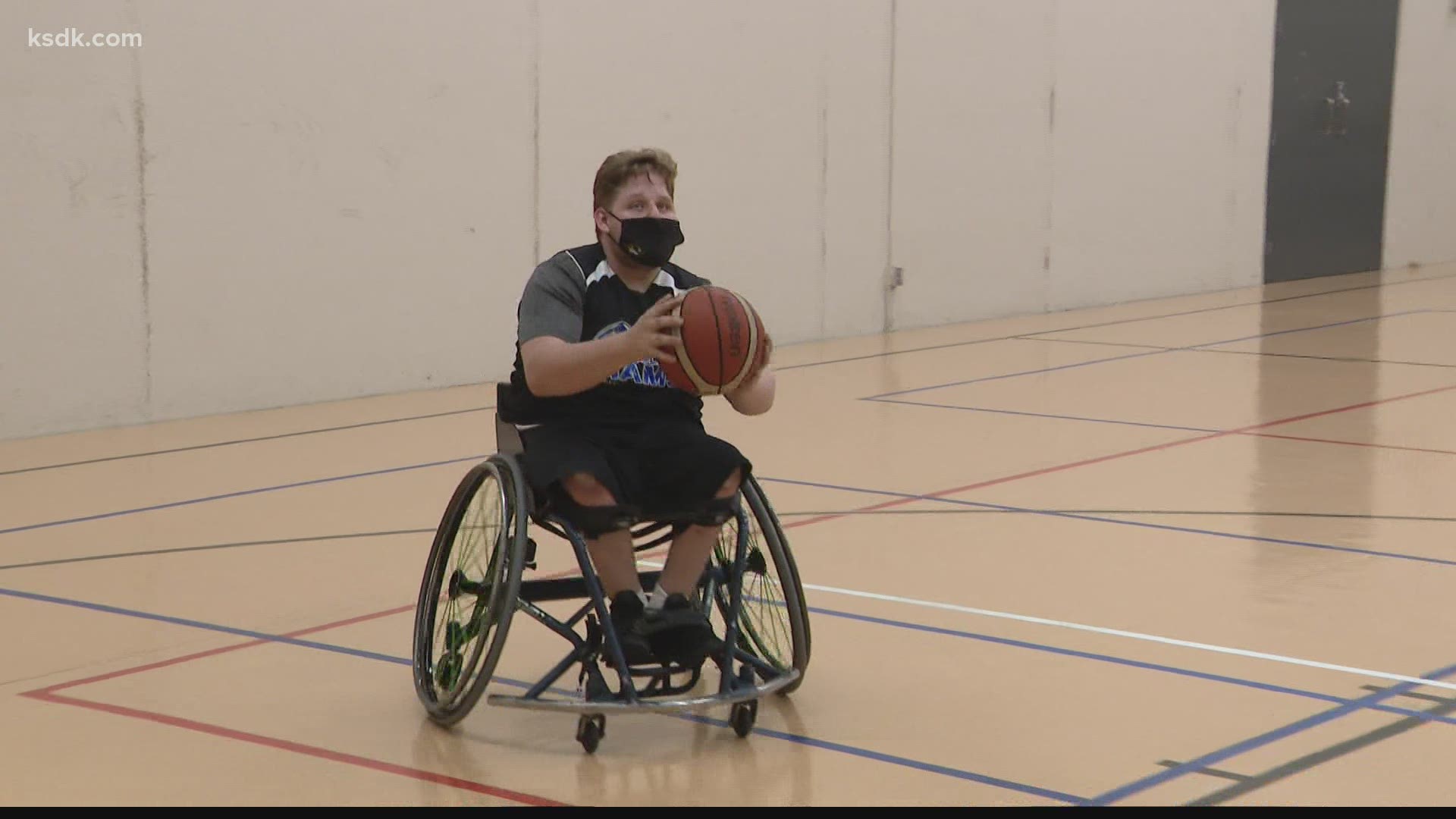 KIRKWOOD, Mo. — Rolling into St. Peter's Rec-Plex for a Tuesday afternoon basketball practice, Kirkwood senior Mack Reed was accompanied by his dad and two wheelchairs. The one he gets around on, and the one helping him crush his goals.

"I don't like to let my wheelchair define me," Mack said. "You get put in a box a lot of times."

Having never been a fan of the easy way, Mack pushed through stereotypes.

"People kind of see you as the normal person who needs help and I don't like that," Mack said.

"You know, he just never let anything stand in his way," his father Tom Reed said.

Born with spina bifida, Mack has a defect in his L4 and L5 vertebrae, paralyzing him from the knees down.

"One of his doctors, when he was a baby, told us to not limit him, [that] he'll be who he's going to be, because he has a disability don't use that as a limitation or excuse for him," Tom said.

Throwing every excuse out the window, Mack's family signed him up for everything. First on the list, challenger baseball. A sport where they don't keep score.

"Everyone's a winner type stuff, which I know works for a lot of people, but for me, I knew that one day I wanted to compete, you know, that I wanted to win," Mack said.

Over time, Mack dabbled in various sports, including the most physical of them all: Football. 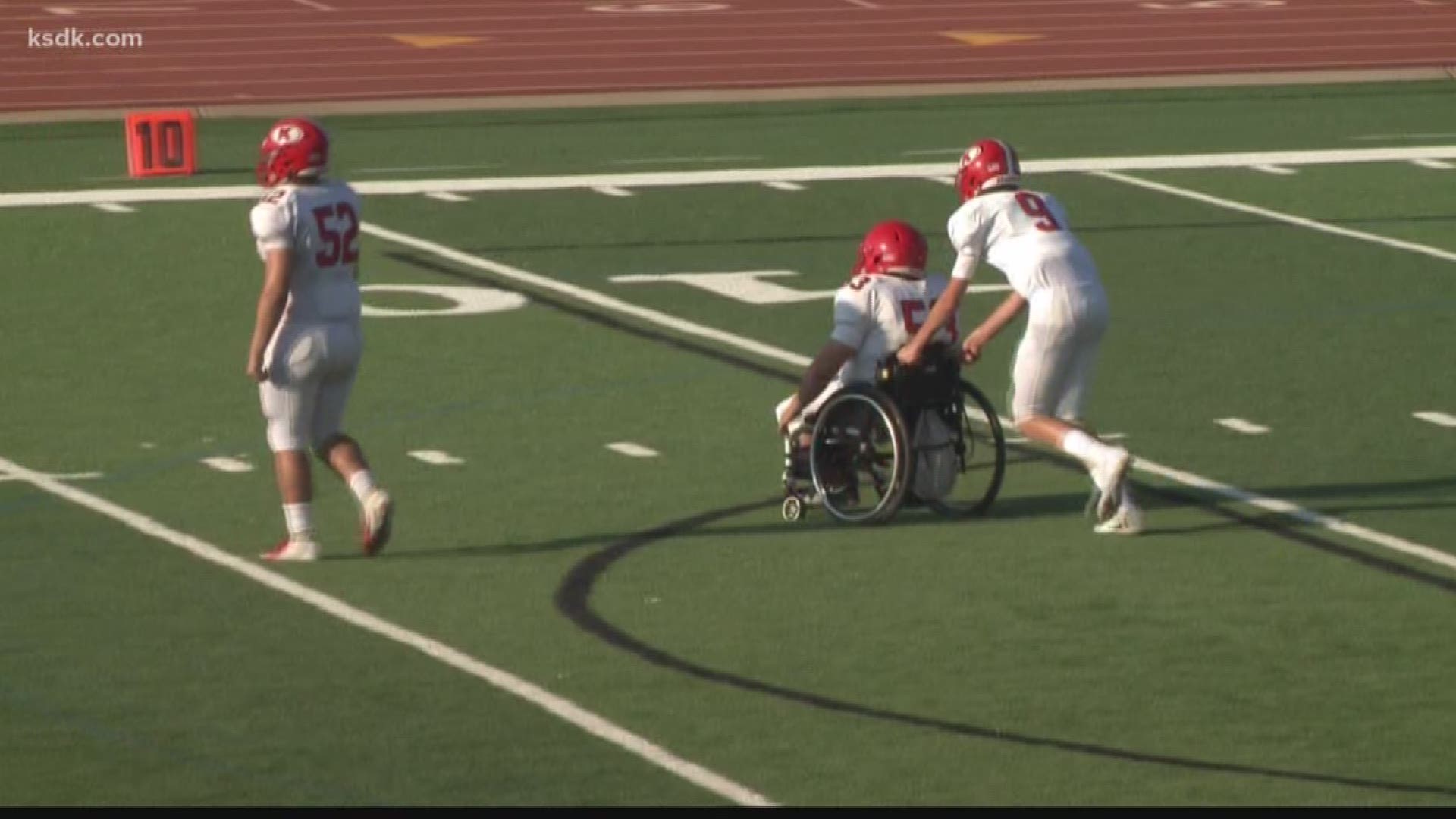 "I think it's awesome, he totally did the football team all by himself," his Dad said with a smile.

But there's one sport he feels at home: Wheelchair basketball.

A member of the Rolling Rams for nine seasons, Mack has seen his talents go from beginner, to advanced. And he's garnered attention from some big names.

"He's always had a good attitude, he's always wanted to learn, but the older he got, the better [he got] and more he improved, the stronger he got," Mizzou head wheelchair basketball coach Ron Lykins said.

Also the Team USA wheelchair head coach, Lykins had been watching Mack at camps for years. Next year, he'll get to watch him at practice.

With his Rolling Rams teammates in attendance, a table decorated with Mizzou memorabilia, Mack announced where he would be going to college.

"The University of Missouri," he said on his signing day, becoming the first St. Louis athlete to make the Mizzou wheelchair basketball team in more than 10 years.

Reaching his potential is something Mack is still striving for. Eventually, after draining as many baskets as he can and burning all the rubber off his playing wheels, he hopes his story truly shines as an inspiration.

Mack is looking to break the stigma and show those just like him, they can do it too.

"We talk about him walking or someday doing this or that, and he's like, 'You know Dad, this is who I am, you know if I can walk, I'll become a different person, or I would be a different person than I am today," his father said.