Deshontez Gray is a News19 Player of the Week

Pelion senior will be joining teammate Will Jeffcoat at Army West Point. 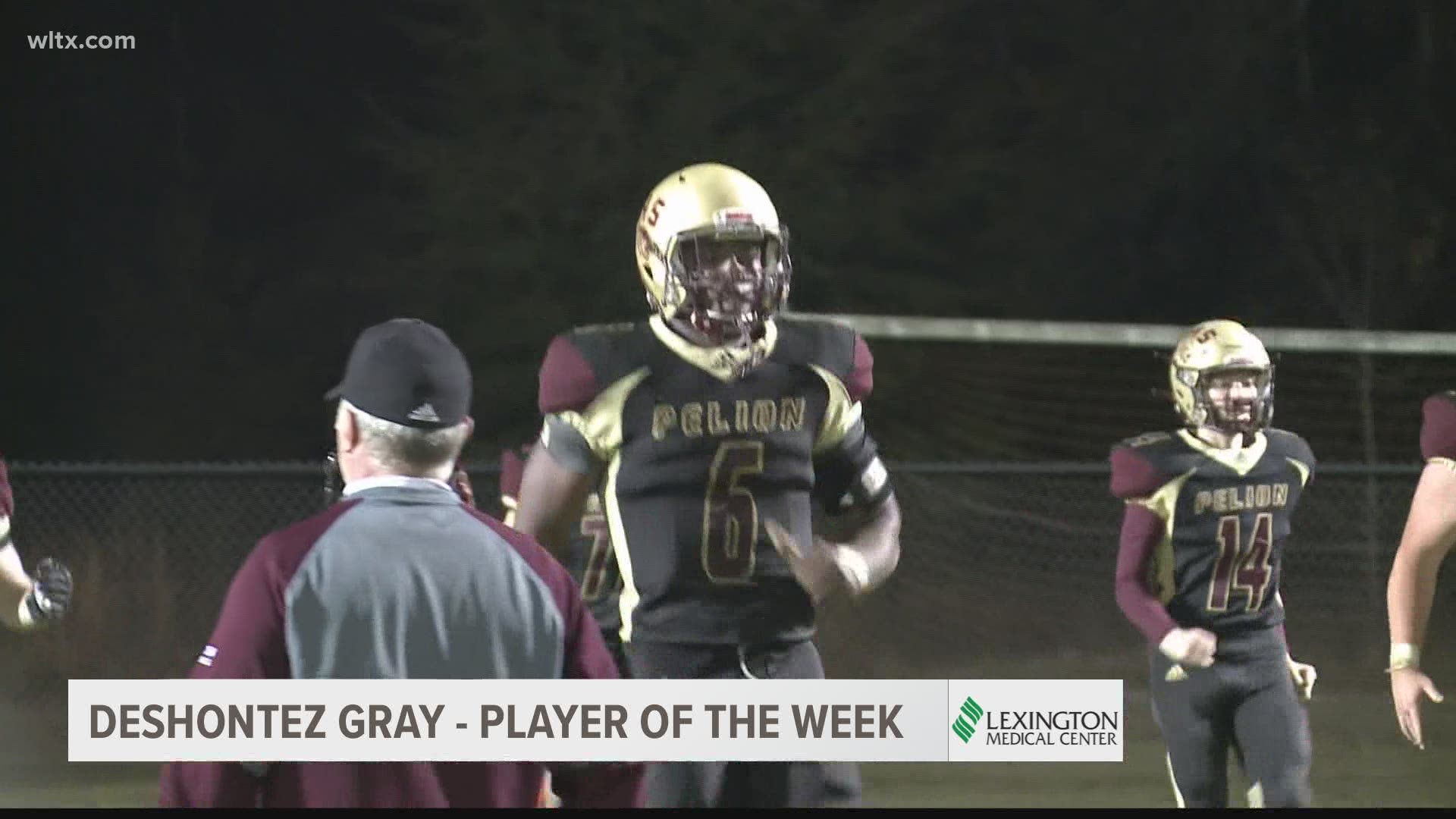 The Pelion football team had quite the resurgence this season as the Panthers won their first region title since 2006.

Two big reasons for Pelion's success are seniors Will Jeffcoat and Deshontez Gray.

Jeffcoat was honored as a News19 Player of the Week prior to Thanksgiving and this week, Gray followed suit.

Deshontez played several positions for the Panthers including defensive end and tight end. Pelion head coach Dann Holland says the coaches tried to give Deshontez a break during games but when you have an athlete of his caliber, it's hard not to keep him in the game as much as possible.

Gray says he plans on majoring in engineering at Army.