Kalisha Hill is a News19 Player of the Week

Saluda guard is the reigning Class 2A state player of the year and she recently helped the Tigers win their 1st state title in girls basketball. 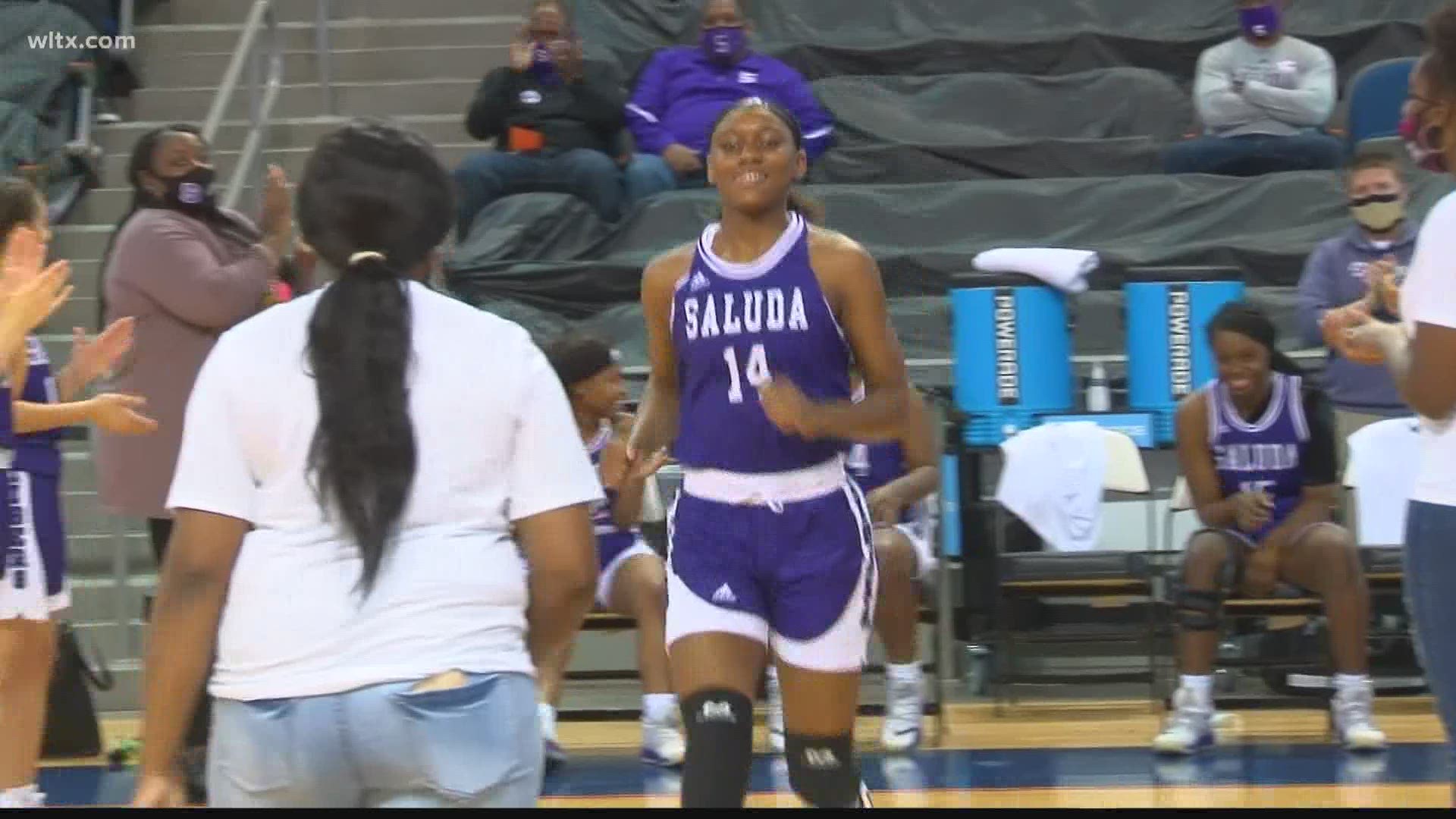 SALUDA, S.C. — Kalisha Hill is keeping a busy schedule as she pivots from basketball to track and field.

The reigning Class 2A South Carolina Basketball Coaches Association Player of the Year, Hill recently led Saluda to its first state championship in girls basketball. Against Silver Bluff, she put up a game-high 34 points and 20 rebounds.

Last weekend, Hill was on the court at Brookland-Cayce High School as she competed in the North-South All-Star Game. But basketball is in the rear view mirror for the time being as she is a member of the Saluda track team.

In the classroom, Kalisha keeps her grade point average well above a 3.0 and she is hoping her combination of outstanding marks on the court and the classroom will land her a scholarship to play at the next level.

In the meantime, she will continue to set a standard of excellence that will not be matched in Saluda for the forseeable future.