London Huggins is a News19 Player of the Week 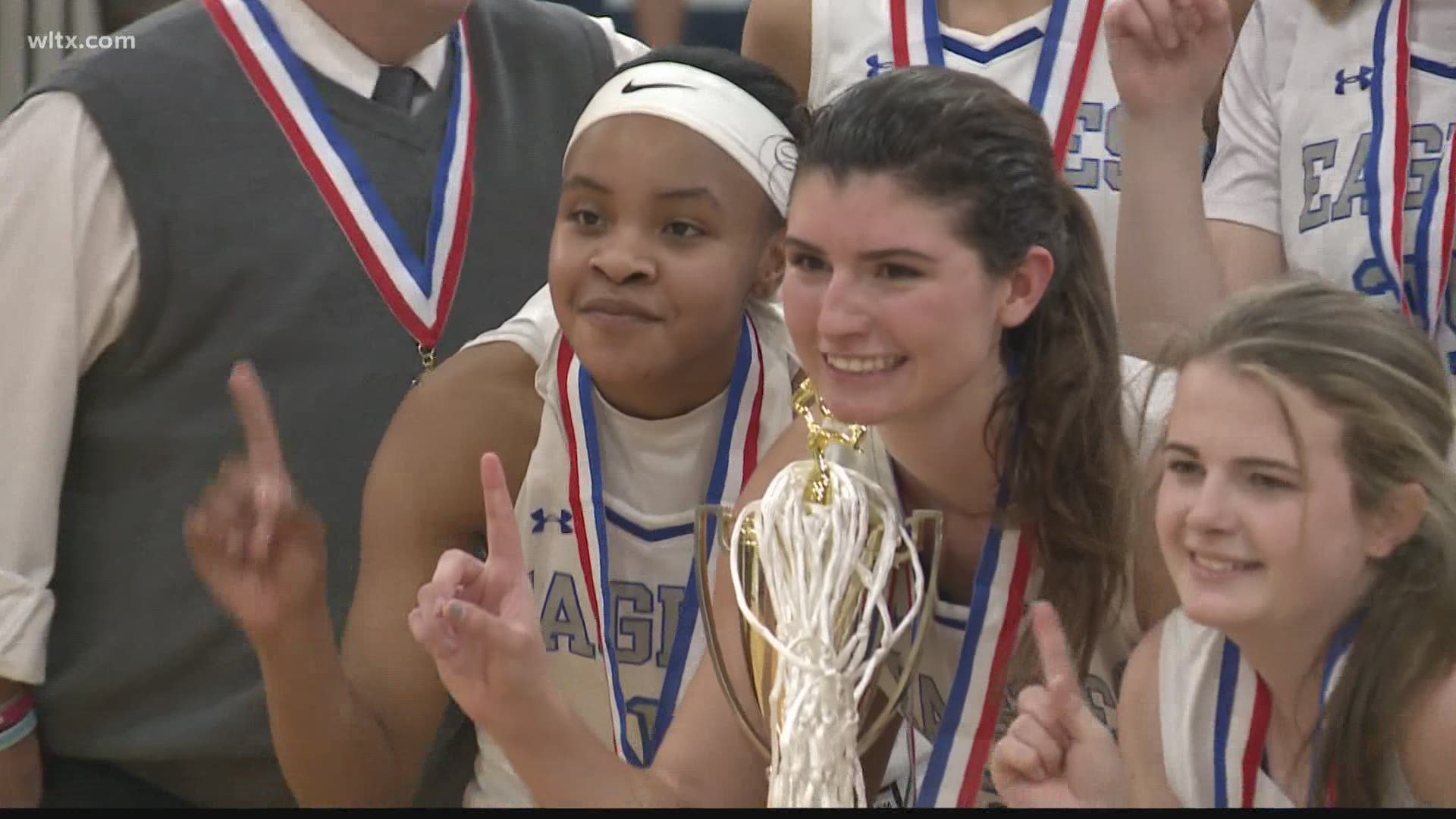 NEWBERRY, S.C. — It's been quite the senior year for Newberry Academy senior London Huggins who has been a part of two state championship celebrations.

After helping the Eagles win a state championship in volleyball, London was on the court last Friday at Heathwood Hall where the Newberry Academy girls basketball team won that program's first state championship. As the only senior on the team, London provided a steadying influence which kept her teammates focused on winning on the court but also in other areas of life which leads us to the classroom. London is maintaining a 4.6 grade point average. She plans on eventually making her way to Clemson where she will major in nursing.