Michael Davis is a News19 Player of the Week

The anchor of the A.C. Flora tennis team, it was his win that secured the 4A state championship for the Falcons earlier this month. 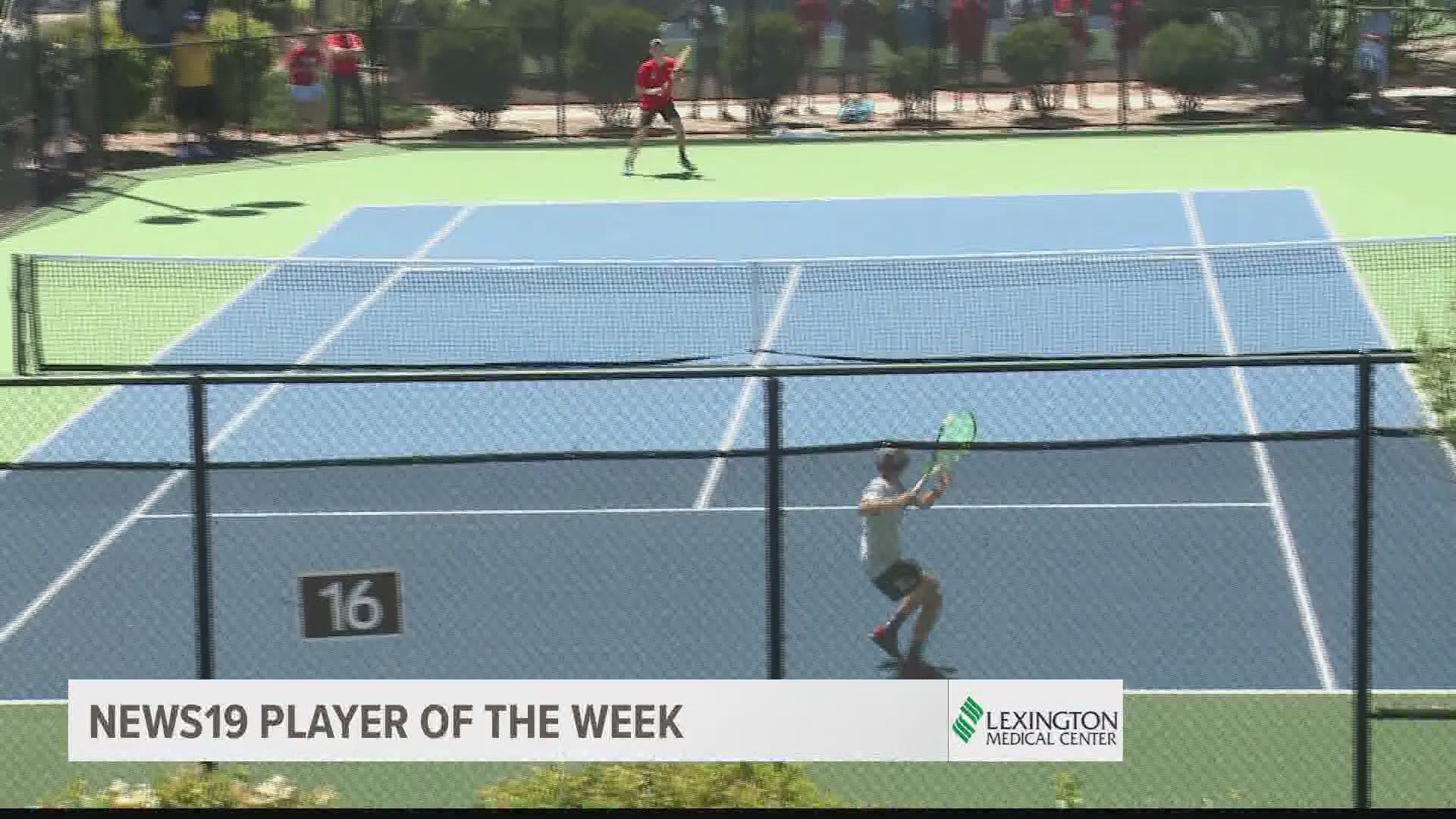 COLUMBIA, S.C. — With A.C. Flora leading Beaufort 3-2 in the Class AAAA state championship, it was up to Michael Davis to lock down the title for the Falcons.

At number one singles, Davis knew that if he lost his match, number two doubles would decide who would receive the state championship trophy. Davis didn't let it get to that point as he won his match in three sets.

The senior has been a four-year starter for head coach Amy Martin who saw her program earn its first state championship since 2015.

An Eagle Scout, Davis is maintaining a 4.0 grade point average. Davis plans on attending the University of South Carolina with the goal of becoming a physical therapist.