It's Honolulu to Camden for a News19 Player of the Week 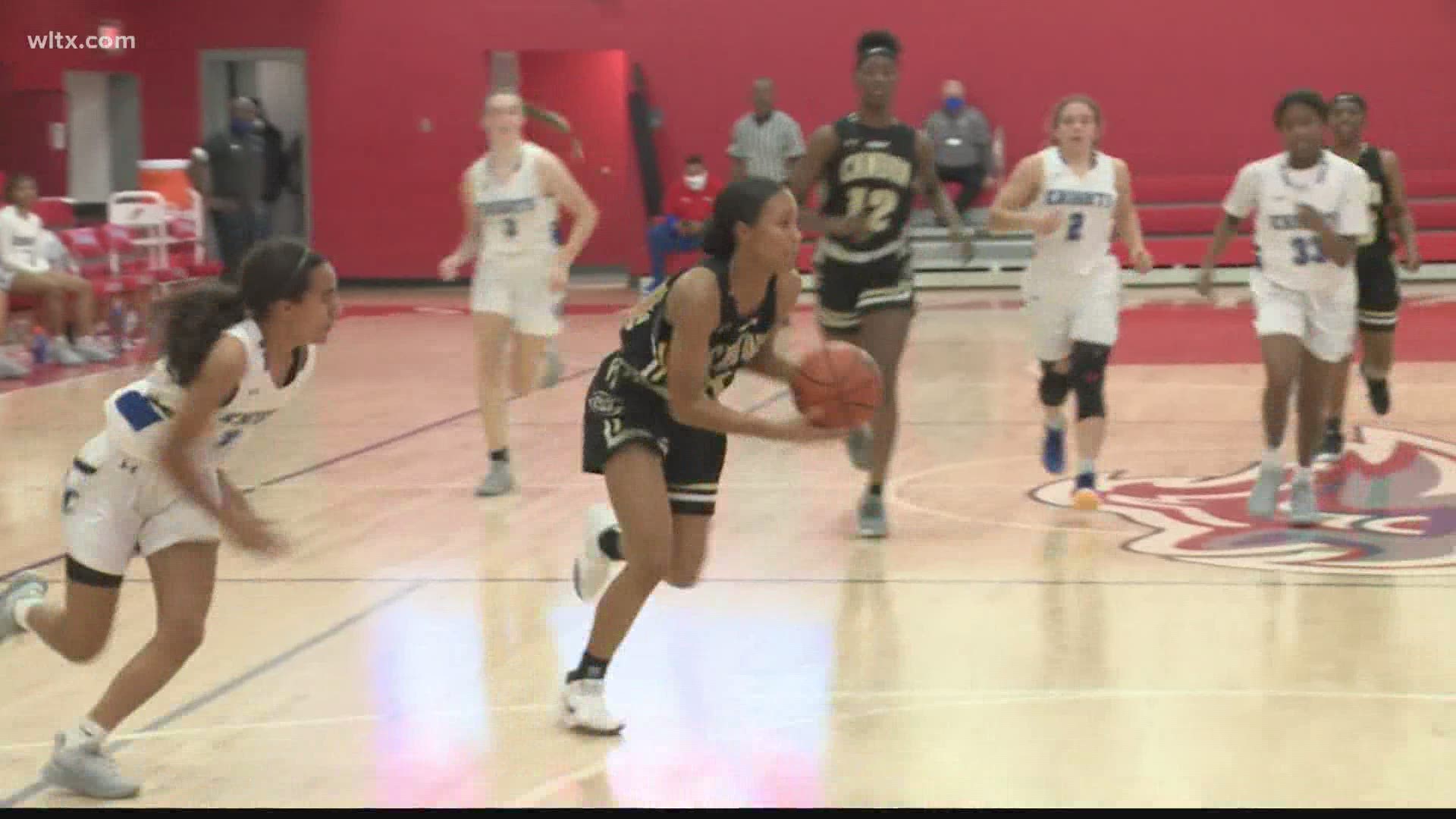 CAMDEN, S.C. — Four years ago, the family of Imani Wyatt was transferred from Honolulu to Shaw Air Force Base in Sumter. Imani settled in at Camden High School where she has been a part of two state championships in track. She is an All-State tennis player for the Bulldogs who in her spare time, has been one of the leading scorers for Camden.

In the classroom, Imani has a 4.6 grade point average. She is not sure where she will attend college but she plans on majoring in biological sciences. Her career goal is to become a dermatologist or a physician's assistant.

But the basketball season is not over as Camden won its region and will begin the playoffs next week. Imani's goal is to help lead a young team to as deep a run in the post-season as possible in what is her fourth and final season playing varsity hoops.