Wyatt Still is the News19 Player of the Week

Mid-Carolina senior has been a three-year starter on the offensive line and he also has been effective on the defensive line. 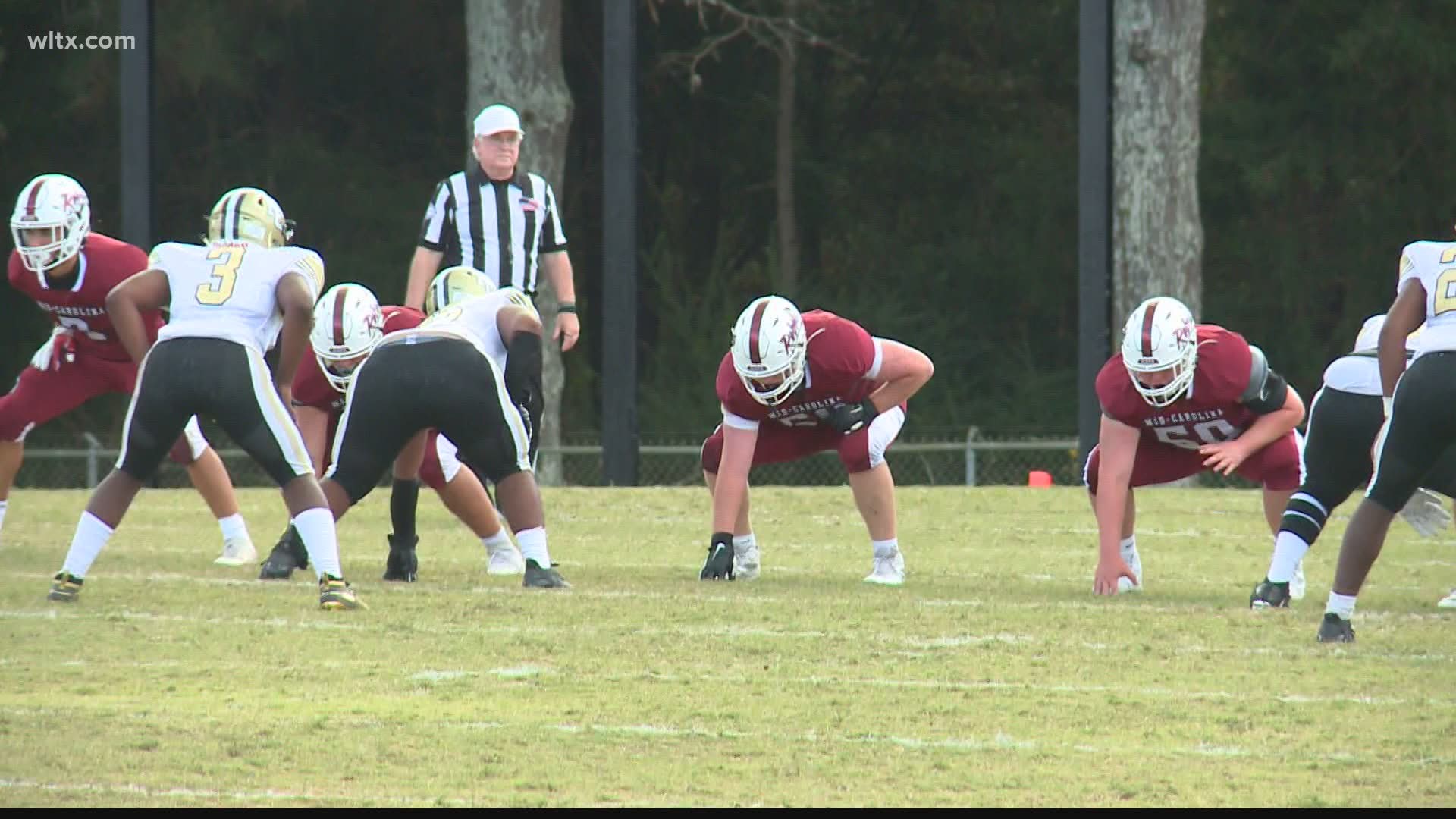 Mid-Carolina head football coach Chris Arnoult has been in charge of that program for three seasons and in that time, Wyatt Still has been a starter on the offensive line.

In Saturday's win over Fairfield Central, Wyatt recovered a fourth-quarter fumble near the Rebels' goal line. He also was one of the pulling offensive lineman who sprung Anthony "Moo Moo" Wicker for his 62-yard touchdown.

Academically, Wyatt has maintained a 3.7 grade point average and he was recently accepted to The Citadel. He hopes that if enough coaches get some tape of him it might lead to an offer.

In the meantime, Wyatt and his teammates will wrap up their season with a home game against Chapin.