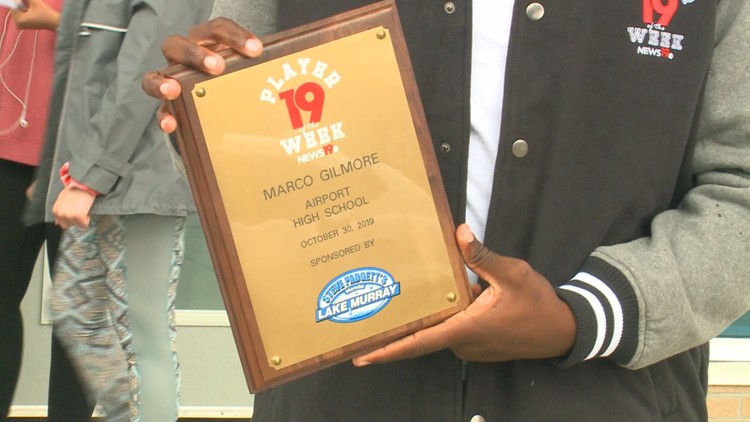 Marco Gilmore is the Player of the Week

From the time he arrived on campus as a freshman, Marco Gilmore has given his all on the field and in the classroom.

As a senior, Gilmore is the team's starting quarterback, although he has played linebacker in previous seasons for Airport.

Academically, Marco maintains a 4.0 grade point average even while taking some challenging courses to prepare him for college. Airport head football coach Kirk Burnett says Marco could play any number of positions at the next level including tight end, linebacker, quarterback or receiver.

Marco doesn't know which college he will attend, but he does plan on majoring in either business or marketing.

In the meantime, Gilmore will lead the Eagles when they face arch-rival Brookland-Cayce Friday night for the region title.