DeVante Johnson is the News19 Player of the Week 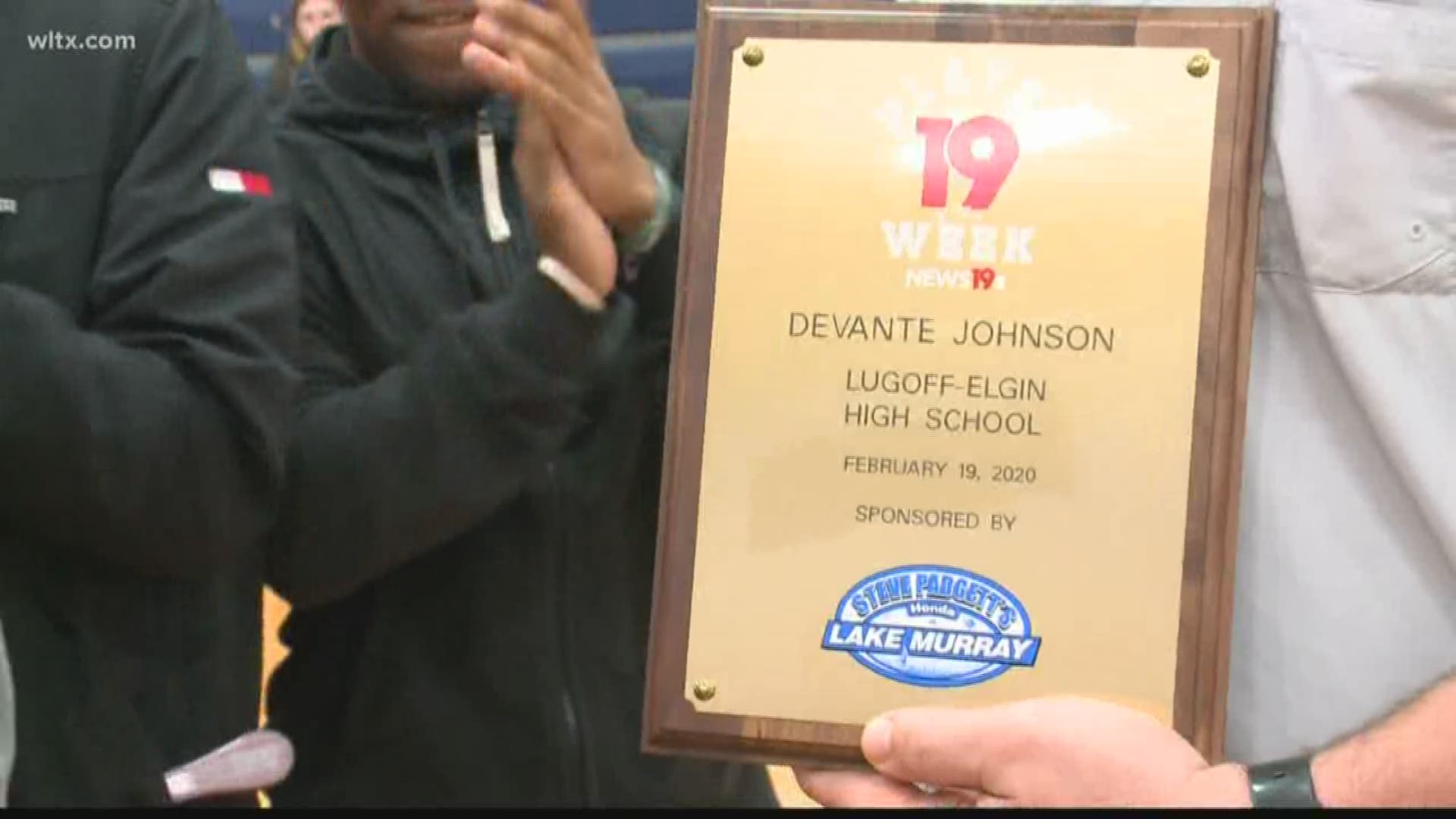 Brendan Marcell's first year as Lugoff-Elgin's head basketball coach ended with the Demons just missing out on the playoffs. But the former Dorman assistant feels a foundation has been laid and DeVante Johnson can say he played a major role in helping Marcell put his philosophy in place in Kershaw County.

Marcell says Johnson set an example by showing up for 6:00 a.m. workouts ready to work and even staying late after practices working on his shooting.

That hard work helped Johnson average more than 20 points per game for Lugoff-Elgin and he surpassed the 500 point mark on the season. For his efforts, Johnson was named to the South Carolina Basketball Coaches Association All-State team. He is the first Lugoff-Elgin player to be named All-State since 2003.

With a grade point average well above a 3.0, Johnson applies that same work ethic in the classroom. He hopes his ability to play multiple positions and his attitude will help him land a spot on a college roster for next season.