A.C. Flora defeats Beaufort 4-2 to win the Class AAAA state championship for the fourth time and first time since 2015. 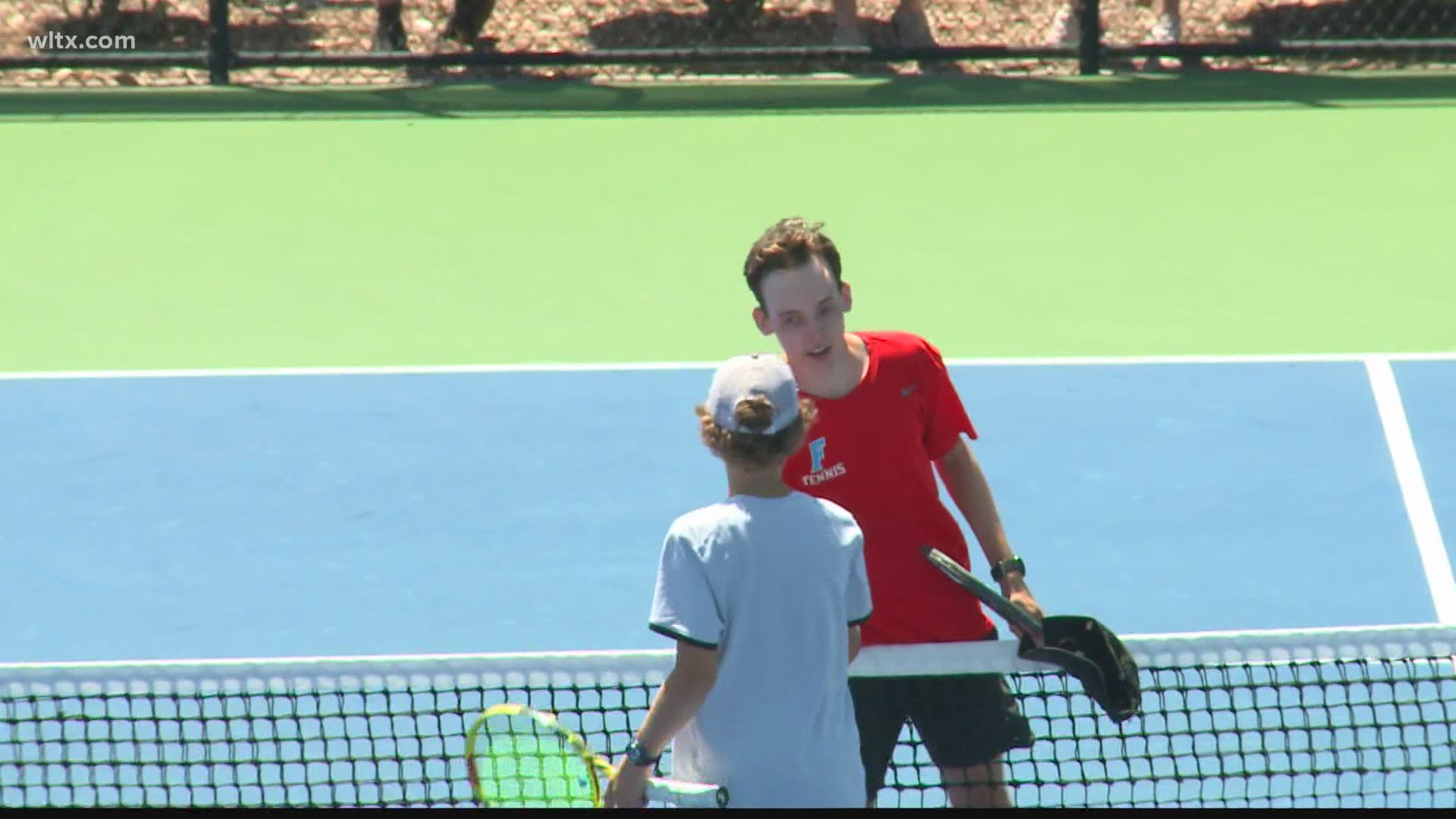 FLORENCE, S.C. — With a loud and enthusiastic student section making the trip to the Eddie Floyd Tennis Center in Florence, the A.C. Flora boys tennis team captured the 4A state championship with a 4-2 victory over Beaufort.

The Falcons were up 3-2 when Michael Davis won his match at #1 singles to secure the Falcons' third state title in this academic year following football and cheerleading.

It was the fourth state championship for A.C. Flora boys tennis and the first since 2015.

"it's amazing especially since last year these guys didn't even have a season," said A.C. Flora head coach Amy Martin.

"And then to have seven seniors this season and to close it out like this - it's huge and I love it for their swan song".

One of those seniors is Davis who knew it was up to him to win his match and clinch the victory. At one point, he trailed Beaufort seventh-grader Graeme Angus 3-1 in the third-set tiebreaker before rallying for a 10-5 title-clinching victory. But whether he was trailing or leading in that decisive set, Davis tried to focus on the most immediate task at hand.

"Just tried to take it one point at a time," Davis said.

"I've learned from past experiences that if I look too far ahead I can get nervous and get tight. So, i just took it one point at a time.

"It's really exciting. We've been working as a team all season long. We've been putting in the work and for everything to come together at the end of the season is really special."