An early call for Jayla Jamison

Jayla Jamison from Airport High School will forgo her senior season so she can begin her track and field career at South Carolina in the fall. 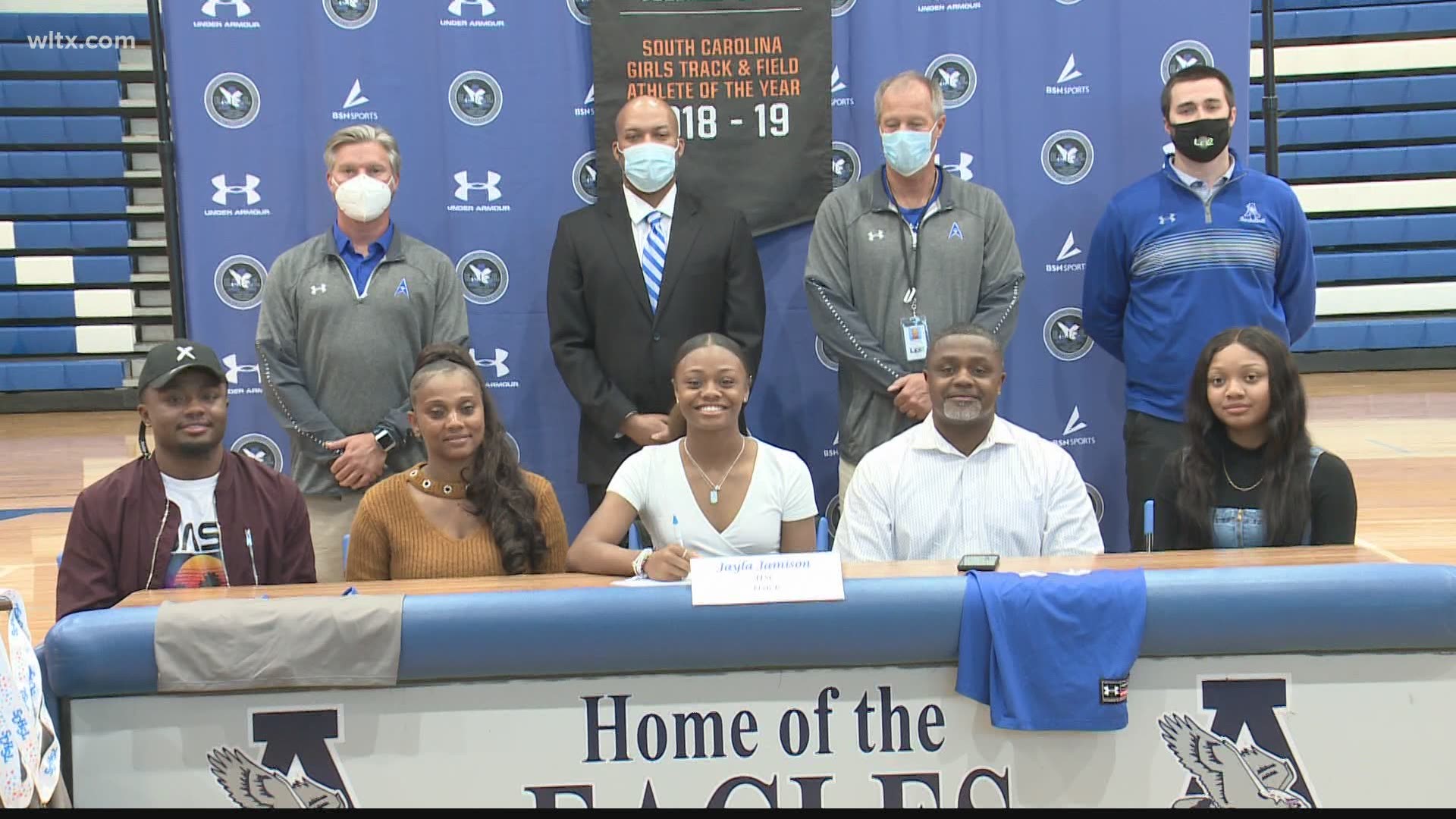 WEST COLUMBIA, S.C. — Forgoing a senior season is not uncbommon in college but it is a lot more rare in the high school ranks.

Jayla Jamison is pulling off that feat as she will be getting a jump start on college career at South Carolina.

On Thursday, Jamison headlined a signing ceremony at the school which featured a table with all of her trophies and medals from a career that included eight state championships, thus cementing her status as the most decorated athlete in the history of Airport High School.

Jamison said she is looking forward to working under South Carolina track and field coach Curtis Frye who is a former Olympic assistant coach. Jamison says she constantly thinks about competing in the Olympics and coming to South Carolina is another step towards that goal.