Clemson quarterback Hunter Helms is trending in the right direction 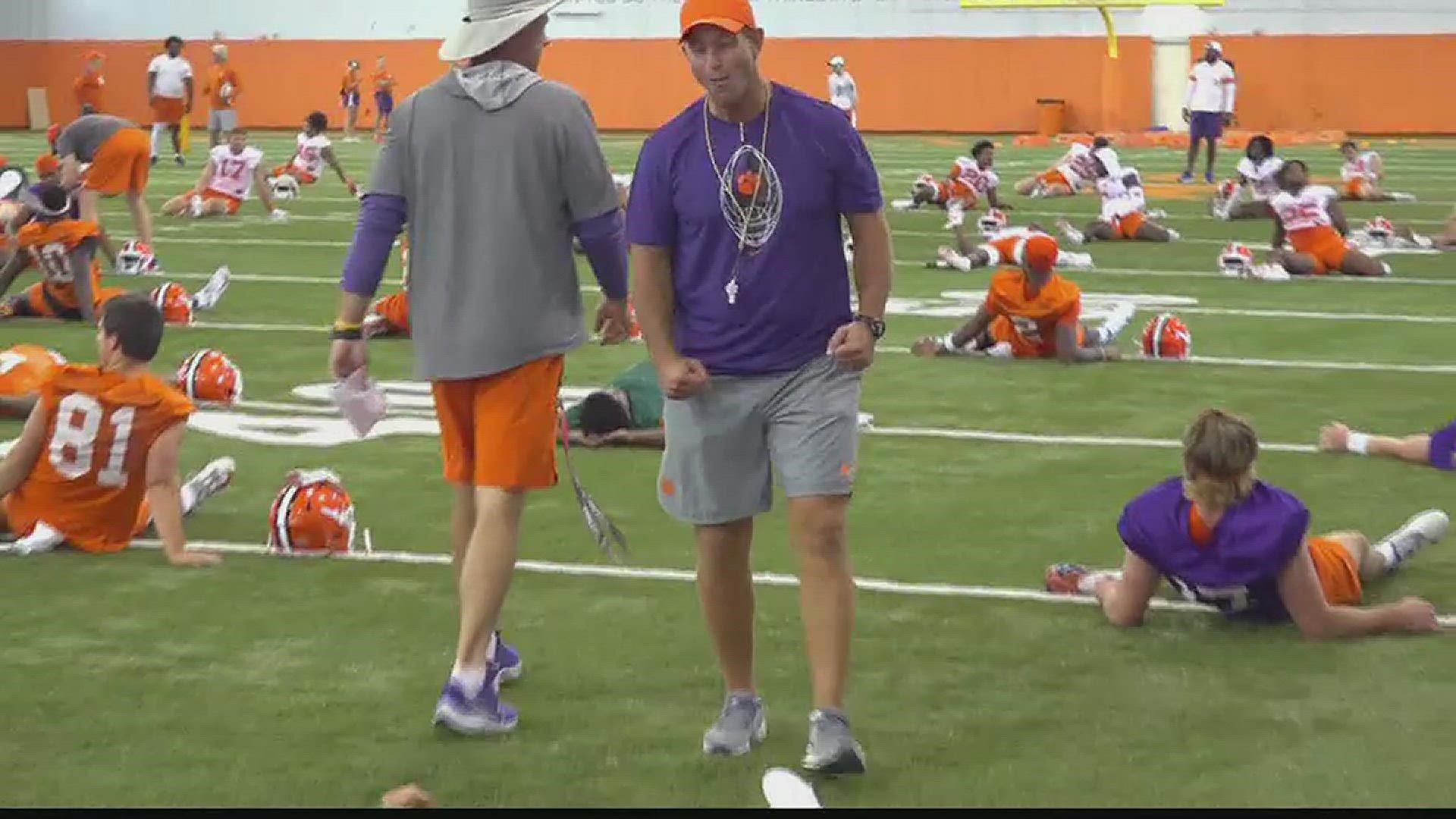 CLEMSON, S.C. — As the most experienced and healthy backup quarterback on the Clemson roster, Hunter Helms is currently listed on the second team behind starter D.J. Uiagalelei.

The former News19 Player of the Week out of Gray Collegiate Academy saw limited game action in 2020. But with the injury to Taisun Phommachanh, depth at quarterback is a concern and Helms figures to play a greater role in 2021.

For Helms, his second year in the program means he has become more comfortable in the Clemson system after last year's freshman season which he described as a "blur".

With the game slowing down and his development continuing, Helms figures to be the first one off the bench whenever it's time for Uiagalelei to head to the sidelines.

Former Dutch Fork quarterback Will Taylor took part in his first practice with the Tigers. A late draft pick in last month's MLB Draft, Taylor was projected by several mock drafts to be a first round selection. But Taylor is all set to play football for Dabo and baseball for Monte Lee. He will begin his career at quarterback but Swinney has said they will also train him at receiver and he could also see action returning kicks.