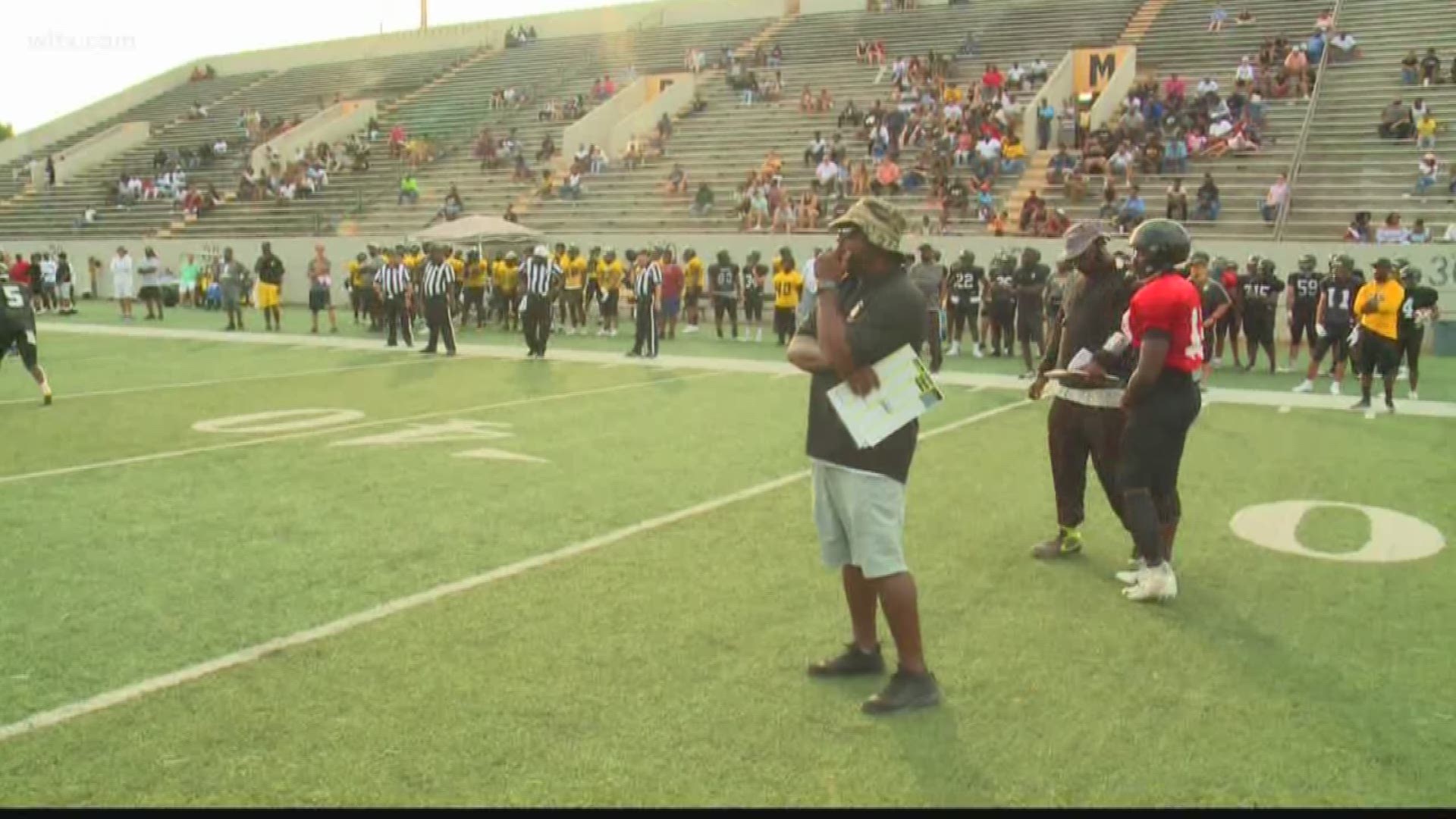 When Aaron Brand was hired in late May, it did not give him the benefit of a full spring practice to get to know his new team. But he has made up for it with a productive start to preseason practice,

Brand and the Yellow Jackets were on the field Thursday night hosting Lower Richland in a scrimmage at W.C. Hawkins Stadium. The new coach came to Irmo from Vance High School where he won 55 games in five seasons.

In taking over the Irmo job, Brand has brought in a familiar person to run his defense in former Clemson and USC assistant coach Miles Aldridge. An A.C. Flora graduate, Aldridge has also been an assistant at other schools including Arkansas and UCF. He also is a former Buffalo Bills assistant and from 2010 to 2013, he was the head football coach at Spring Valley High School.