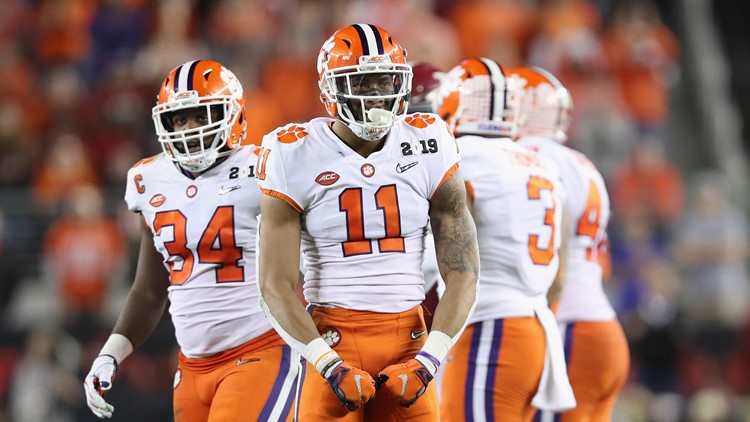 Photo by: Getty Images
Isaiah Simmons #11 of the Clemson Tigers reacts against the Alabama Crimson Tide in the CFP National Championship presented by AT&T at Levi's Stadium on January 7, 2019 in Santa Clara, California.

The Arizona Cardinals took him with the 8th overall pick in the 2020 NFL Draft Thursday night.

The 6-foot-4, 238-pound hybrid will take a versatile package to the NFL. He essentially can play at least three positions - slot cornerback, safety and linebacker.

While at Clemson, Simmons played safety before moving to linebacker. Defensive coordinator Brent Venables moved Simmons all over the field and that versatility allowed Simmons to rack up some impressive statistics. This past season as a redshirt junior, Simmons led the team in several categories - 104 total tackles, 16.5 tackles for loss and eight sacks. He was second on the team with three interceptions.

He was named the Butkus Award winner as the nation's top linebacker, was the ACC Defensive Player of the YEar and he was a unanimous All-American.