Jaycee Horn starts his next chapter 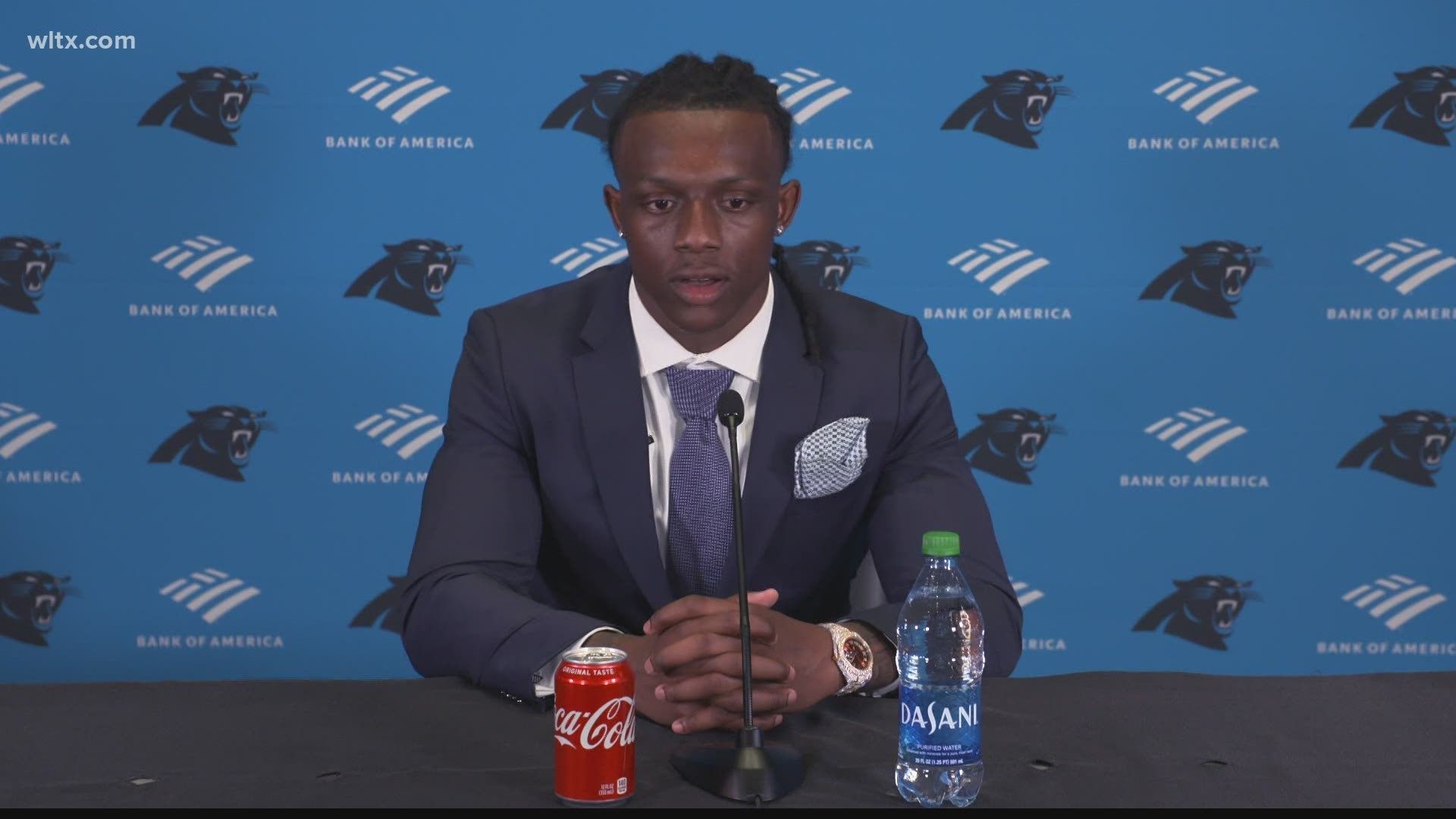 CHARLOTTE, N.C. — After three years in Columbia, Jaycee Horn is ready to take a huge step as a rookie cornerback for the Carolina Panthers.

Horn was in Charlotte Friday for his first news conference with the Panthers media. The son of former NFL receiver Joe Horn, Jayce will bring some toughness and physicality to the Panthers secondary and that will be needed when he faces those tall receivers in the NFC South.

Horn added that through the draft he was able to keep his emotions in check. But that changed when he walked on the field at Bank of America Stadium as Horn said he shed a few tears, the realization that his dream of playing in the NFL has taken a gigantic step.