Jake Bentley back in the Midlands this weekend

The former Gamecock QB was back in the Palmetto state as he co-hosted the Bentley Quarterback Receiver Camp in Lexington Saturday. 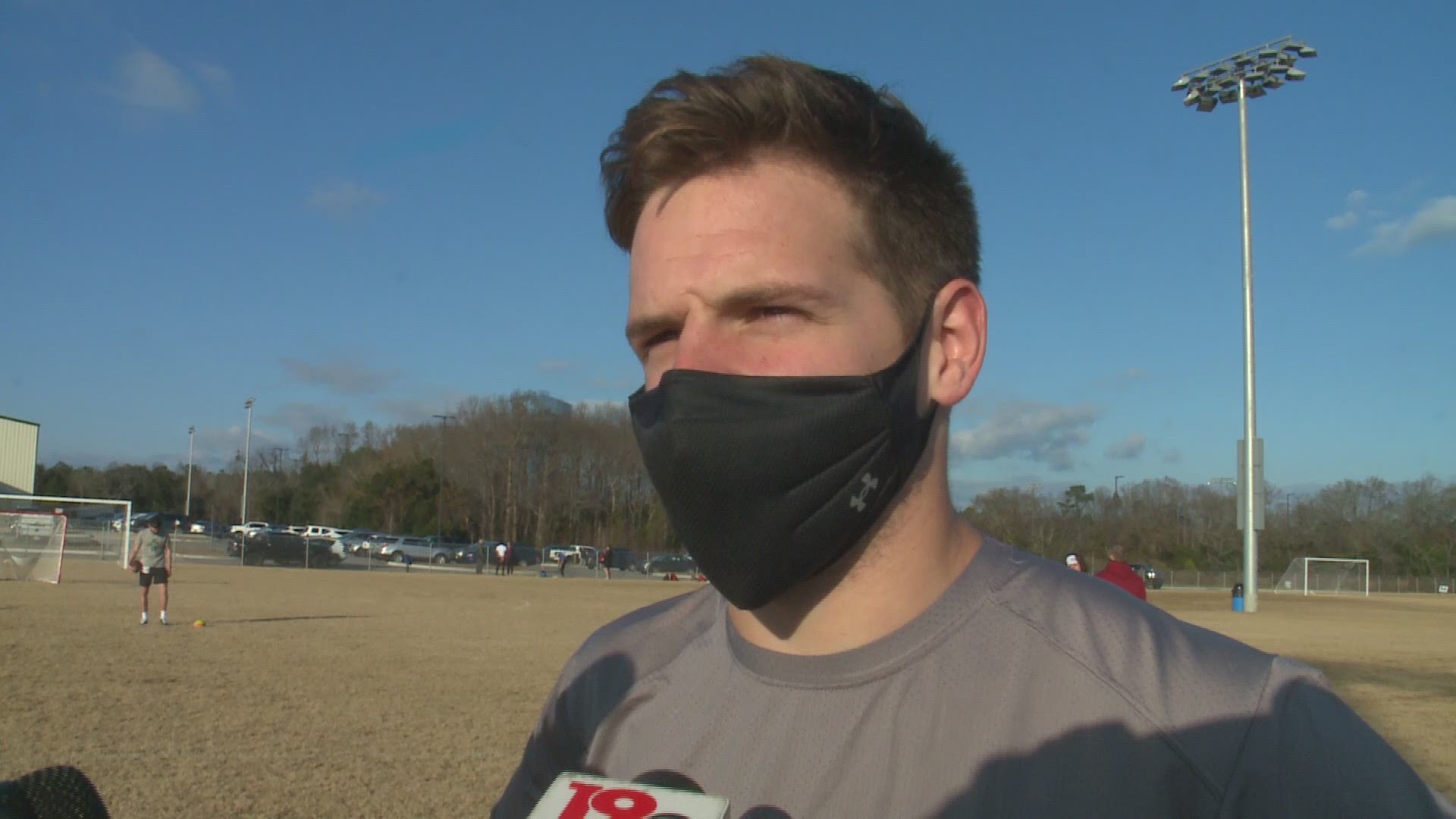 LEXINGTON, S.C. — Former Gamecock Quarterback Jake Bentley was back in the Midlands on Saturday.

Bentley was one of the coaches at the Bentley Quarterback Receiver Camp which was hosted by his father and former Gamecock Assistant Bobby Bentley.

Bentley was the Gamecocks starting quarterback from 2016-2019 before a leg injury ended his 2019 season.

After graduating from South Carolina, Bentley transferred to the University of Utah for the 2020 season.

He led the Utes to several wins including an upset win against then 21st ranked Colorado.

Rather then declaring for the NFL Draft, Jake decided to take advantage of the extra year of eligibility the NCAA is granting athletes due to COVID-19 and transfer to South Alabama.

Jake says he is excited to play for the Jaguars in 2021.

"I'm excited to join the program and to play in the Sun Belt Conference." Bentley says. "I feel this year has allowed me to grow so much, being in a different culture really helped me grow and it was an eye opening experience for me as a player and as a person."

Some other familiar faces were also at the camp.

During the camp, former South Carolina head football coach Will Muschamp stopped by to catch up with Bobby Bentley who is overseeing the camp. Will's sons Jackson and Whit were two of the campers looking to get better on this Saturday. pic.twitter.com/qZImPGUSWh

Current Gamecock QB and rising sophomore Luke Doty also visited the camp and shared some of his knowledge with the campers.

Much like Bentley did in 2016, Doty had to wait his turn to be given a chance at QB for the Gamecocks.

Doty appeared in eight games in 2020 and started the final three games of the season. He threw for 405 yards and two touchdowns.

Bentley feels Doty has the skillset needed to be successful at Carolina.

"The thing about Luke is that he's been the same guy since eighth grade, the guy that loves to work and get better," Bentley says. "He's going to be a special player and I can't wait to see him grow."

After working the camp and giving his guys football lessons, Luke Doty left the campers with some non-football advice which will help them going forward.@LukeDoty4 @JakeBentley19 pic.twitter.com/Vmuj5BDaLY