'All of us want to be the best': Dutch Fork wins state titles in football, baseball 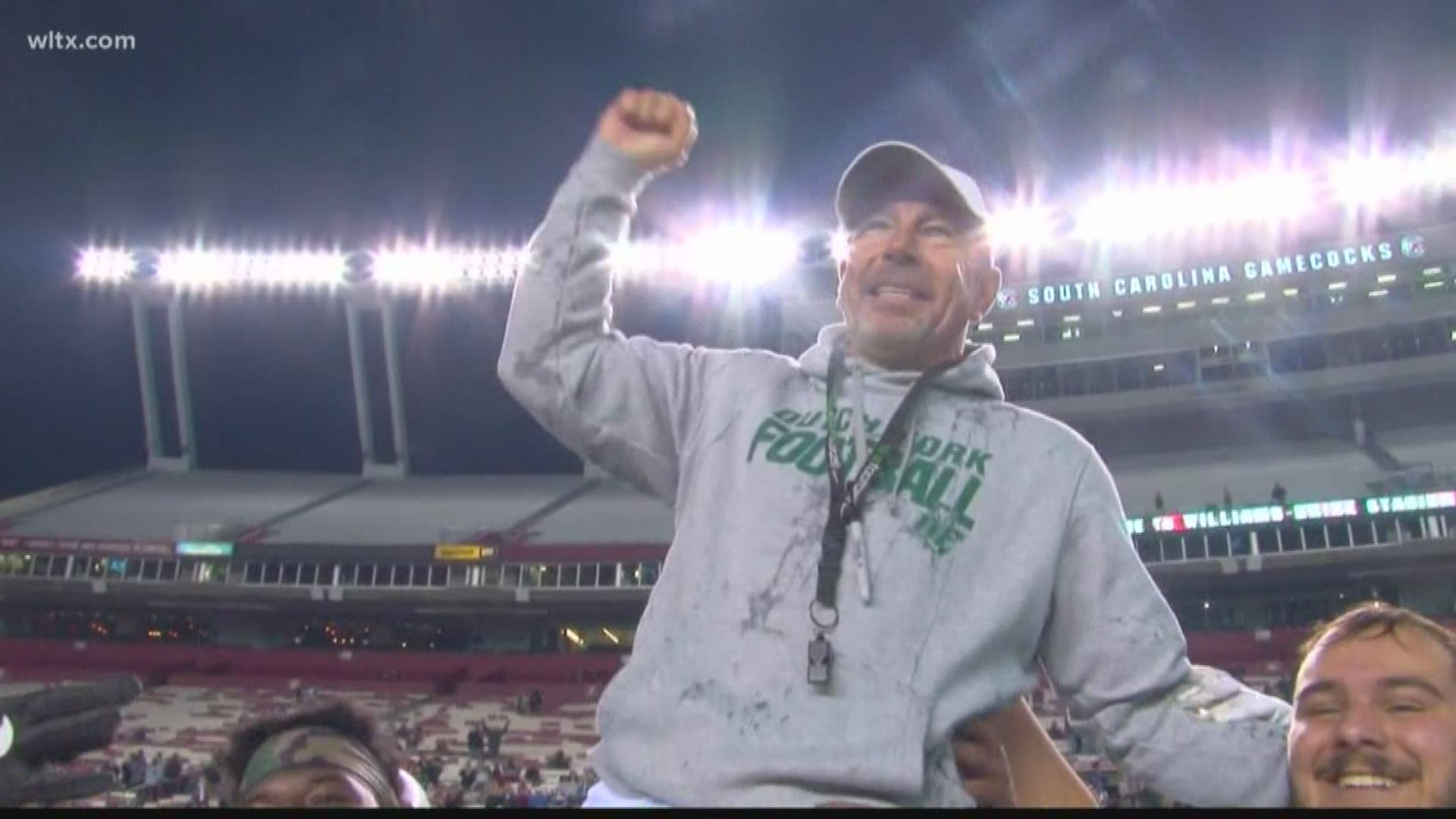 For almost a decade, one high school in the Midlands has made a living being the best at every sport.

“Came down here and went in with  and the kids bought in the coaches bought in and pretty soon we were winning a lot of football games.” Knotts said.

Knotts has developed an impressive resume in his nine years at Dutch Fork. He has won four state titles, including a 59-20 victory over TL Hanna High in December's state title game, the school's third straight state championship.

“I got into coaching to be the best," Knotts says. "I just enjoy the competition aspect, being around young kids, I feel like it helps keep me young and keeps me active, its not a job for me it’s just a lot of fun to do.”

But football wasn't the only team to win a state title this season. On Friday, the baseball team won the 5A state title, the schools first state championship for baseball.

Tyler Olenchuk, a center-fielder for the baseball team and a quarterback for the football team, says the school’s success is the result of the hard work Knotts and other coaches at the school have put in.

"Everything I have done, I could not have done without them." Olenchuk said.

In addition to football and baseball, Dutch Fork soccer was in the state finals this season, and several athletes from the school's track and field team won gold medals at the 2019 South Carolina Track and Field Championships.