The Ben Lippen football team opens up the 2020 season on August 28th against Hammond. 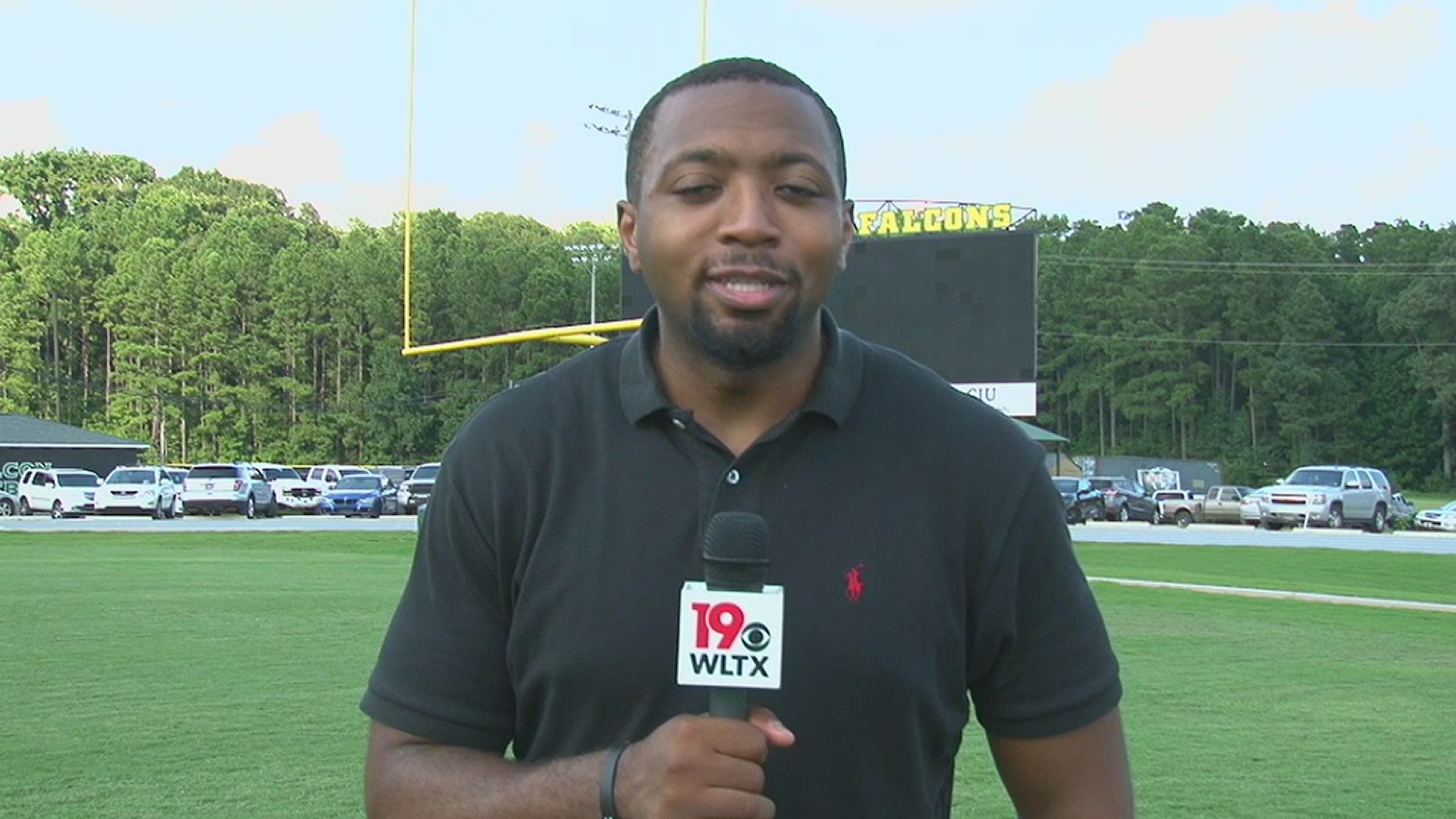 COLUMBIA, S.C. — Preparations are underway for the 2020 football season at Ben Lippen school.

With the coronavirus pandemic putting a temporary halt to summer workouts, James Reynolds, who is entering his 5th season as the Falcons head coach, admits this training camp has been an adjustment.

“It’s been a challenge without no scrimmages so right now we’re going full go and usually we’re a little more cautious than that but we got to do everything we can before the first game,” Coach Reynolds said.

Hudson Jones, who's a senior at the school and plays safety for Falcons, says being around his teammates and having a chance to play his final season in a Falcon jersey means everything.

“I would be very upset if we didn’t have a senior season and we’re hoping to fight through adversity, through the virus and hopefully win a championship,” Jones said

Senior Will Owens, who plays linebacker, says he understands the possibility of not finishing the season, but he’s remaining optimistic and is taking a week by week approach.

RELATED: NCAA allows athletes to keep year of eligibility due to COVID-19

“It’s going to be really a game by game approach I’m going to focus on whatever my next game is and kind of just see where everything goes, ' he said.

And coming off a season that saw the Falcons make it to the second round of the playoffs, Coach Reynolds is hopeful his Falcons will fly even higher this season.

“We’re just hoping to take it a step further this year and be better than we were last year, we just feel like we should be an example and we feel a great sense of responsibility to do this and show that this can be done and we can move forward.” Coach Reynolds said.