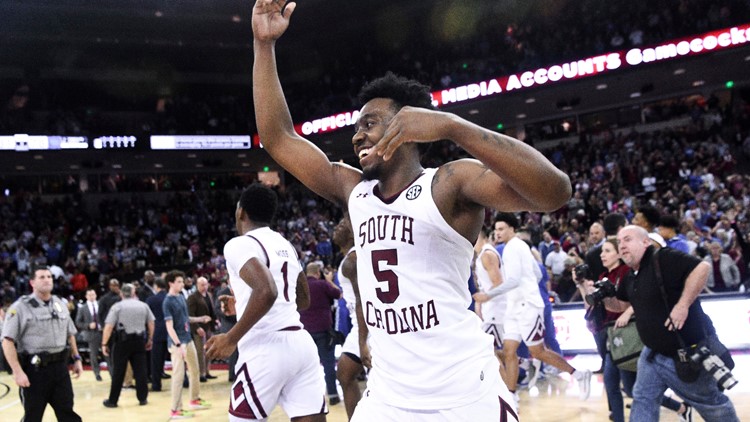 COLUMBIA, S.C. — Freshman Jermaine Couisnard hit a 3-pointer as the buzzer sounded and South Carolina rallied from 14 points down in the second half to stun No. 10 Kentucky 81-78.

Couisnard had a career-high 26 points, including his game-winner that banked in off the glass. Couisnard and his teammates ran around the court in celebration as the fans errupted in cheers.

Moments before Couisnard's shot, Immanuel Quickly had pulled the Wildcats even at 78 by banking in a shot with 4.1 seconds to go.

The Gamecocks ended a three-game skid against Kentucky.

This marks the first time since the 2005-2006 season that the Gamecocks have beaten two teams ranked in the top 10 of the AP poll in the same season. USC won at ninth-ranked Virginia in December.

Carolina got off to a rough start offensively with its first points coming after the under 16 media timeout in the first half. USC trailed by eight at halftime.