Gamecock nation reacts to the firing of Will Muschamp

Players past and present thanked Muschamp for his time at Carolina and said he is a great man on and off the field. 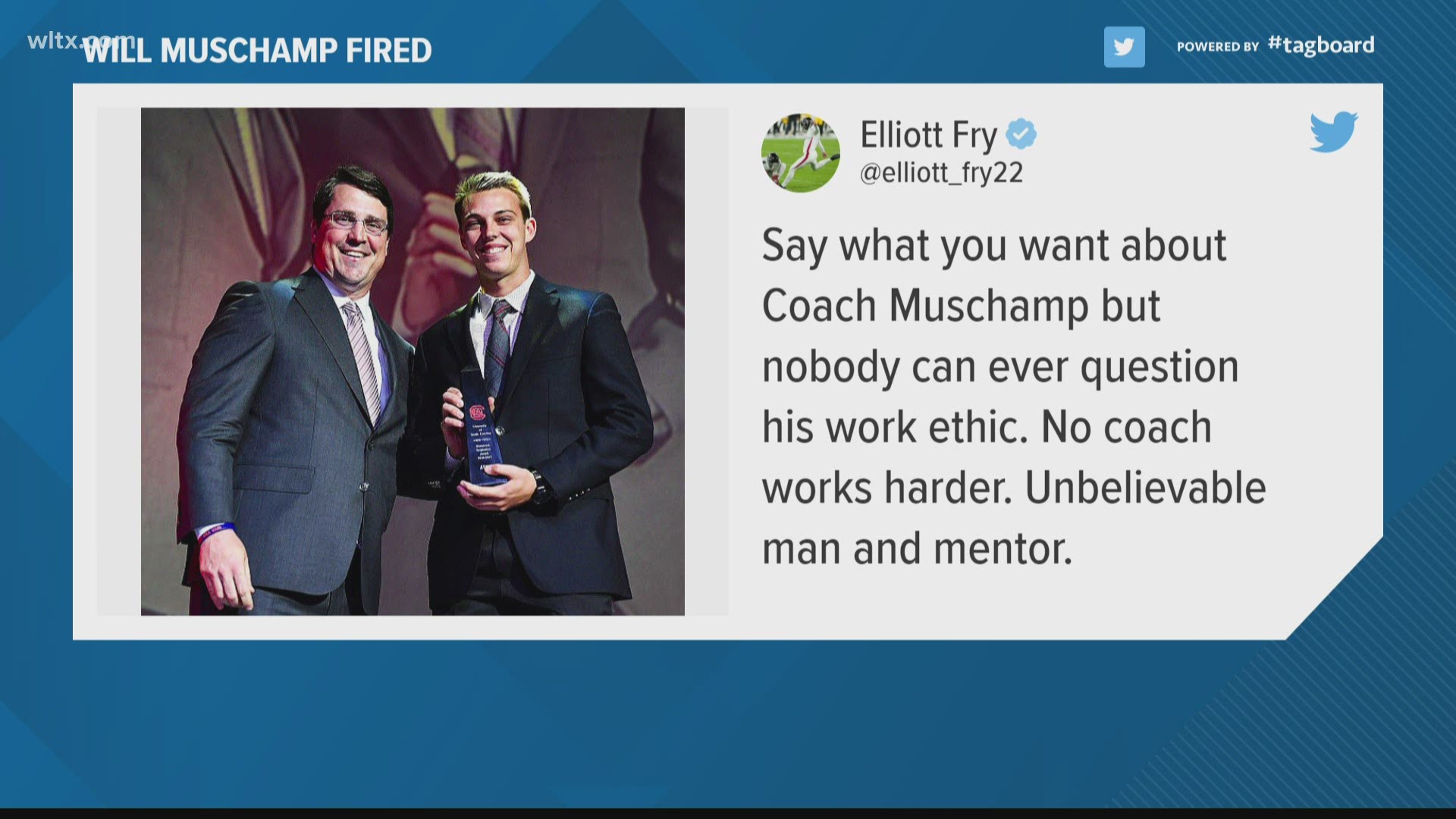 COLUMBIA, S.C. — Sunday was a busy night for Gamecock fans, players and staff.

After it was announced that Will Muschamp was fired as Gamecocks Head Coach, many Gamecock players, past and present, took to social media to share their thoughts on Muschamp.

He helped me reshape the course of my life as a lost 21 year old. I wouldn’t be where I’m at today without him. Yes it’s a business and that side of football sucks. But for the 5 years he was at Carolina he positively influenced the lives of hundreds of young men @CoachWMuschamp

Say what you want about Coach Muschamp but nobody can ever question his work ethic. No coach works harder. Unbelievable man and mentor. pic.twitter.com/yoi923gDxJ

The support for Muschamp continued outside of the Gamecock Football program.

South Carolina Head Women's Basketball Coach Dawn Staley said in a tweet that Muschamp was the total package on and off the field.

Sad day to hear @CoachWMuschamp and family are no longer with @GamecockFB....while some celebrate this, there are others who knew Will and the total package he brought to @GamecocksOnline. Thank you Will, Carol, Jackson and Whit! #forevertothee

Former Gamecock Tight End Jacob August, who played under Muschamp for several seasons, said Muschamp had a major impact on his life.

"He really helped us develop as people," August said. "It was really tough to hear that news he wasn't going in there to lose games."

August is currently an assistant coach at Gray Collegiate Academy.

He says one of the reasons he decided to become a coach was because of his relationship with Muschamp.

He echoed sentiments similar to many other athletes who have been coached by Muschamp, saying that the former @GamecockFB HC has had a major impact on his life.@WLTX @August40th pic.twitter.com/flzLIv5Sva