'Matter is the minimum.' USC Football's Jay Urich reacts to impact of his protest sign

Jay Urich, Gamecock QB and WR, reacts to the recent protests in the state, his sign from Friday's protest going viral, and the current state of Gamecock football. 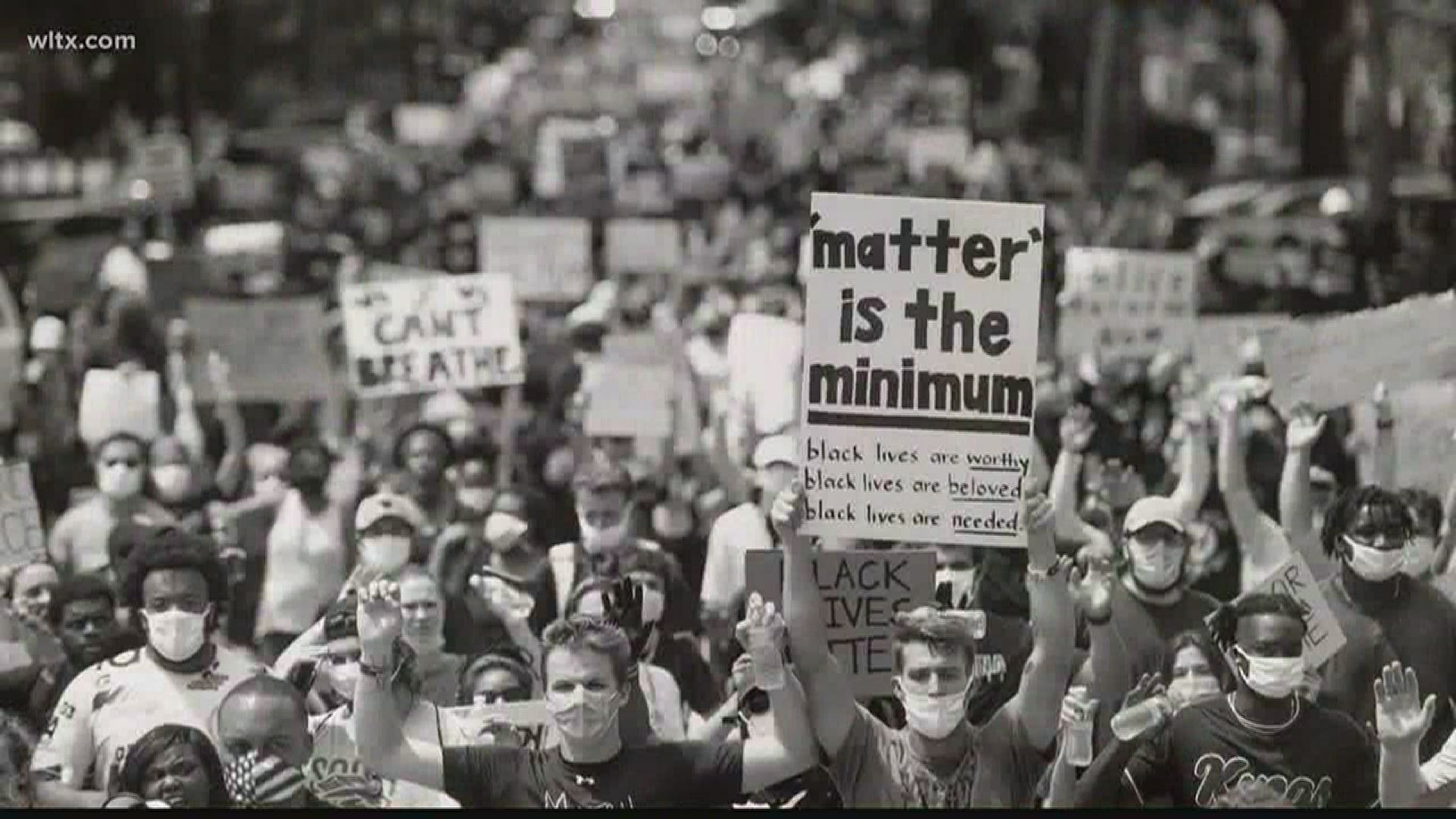 COLUMBIA, S.C. — As protests continue, more people and groups are getting involved.

Last Friday, most of the University of South Carolina football team participated in protests in downtown Columbia.

Jay Urich, a Redshirt Junior Quarterback and Receiver for the Gamecocks, says the team felt it was their duty to support the cause.

"It was a very unifying thing," Urich says. "It almost felt like we were coming out of the tunnel together, everybody coming together and having that unified purpose of bringing equality to all of our teammates and our black brothers and sisters."

At the protest, Urich held a sign that read "Matter is the minimum."

A picture of Urich holding the sign ended up going viral, before being shared by Bernice King, the daughter of Martin Luther King Jr. and Coretta Scott King.

"It made me feel really good. It was really an honor for her to tweet that and I have tremendous respect for her. It was just amazing to see how such a little thing can turn into a great thing," Urich said.

And with his team still preparing for a season in the fall, the Upstate native says the fact that the team decided to let their voices be heard will have a positive impact on them this season.

"The impact this will have on our team is going to be tremendous, not only for this season but for the rest of our lives as players and teammates." Urich said.