The Sumter Sharks, who are a semi-pro football team based in Sumter County, are the 2020 champions of the Independent American Football League (IAFL). 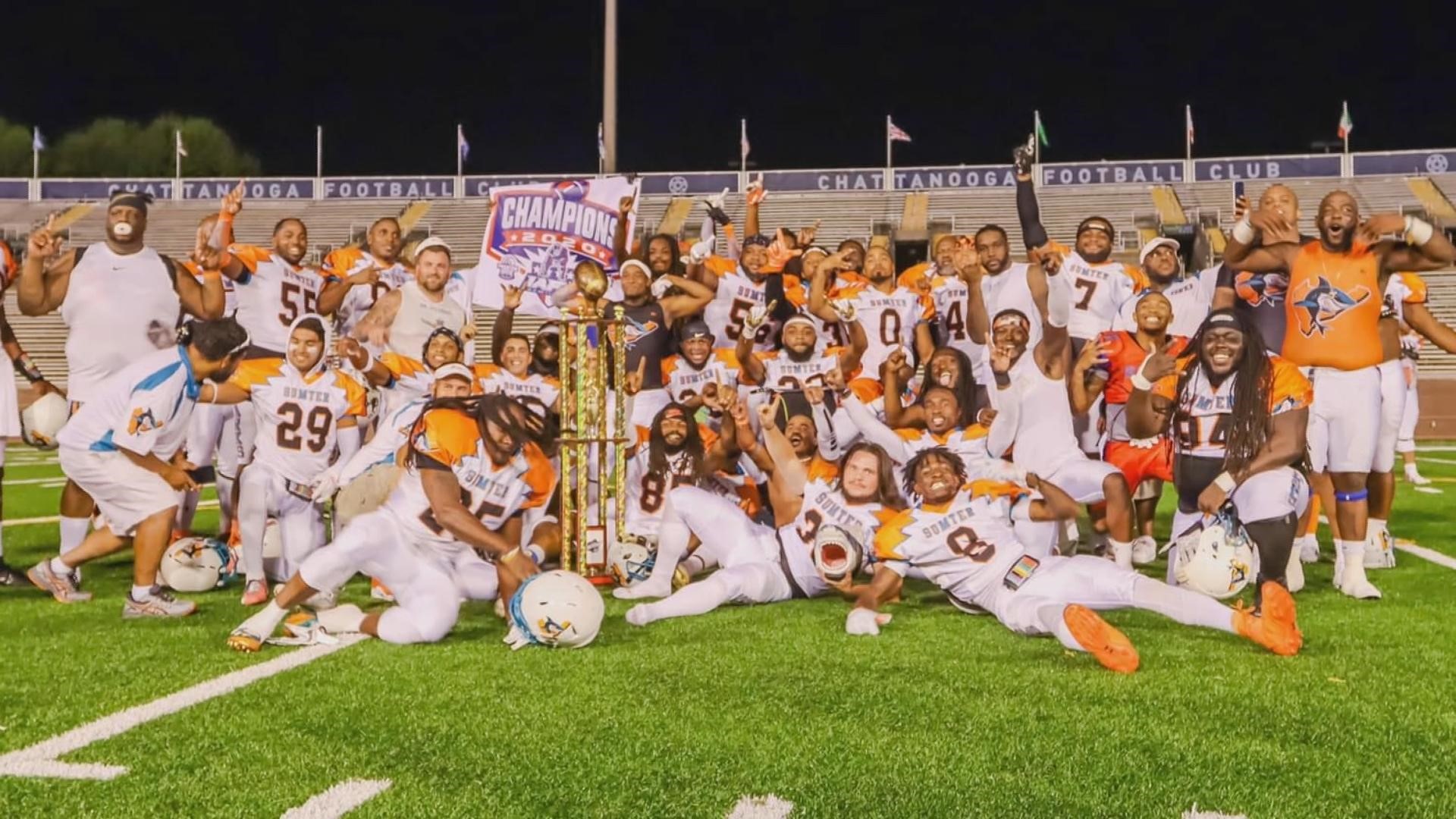 SUMTER, S.C. — The Gamecock city is now the home of national champions in football!

The Sumter Sharks, who are a semi-pro football team based in Sumter County, became champions of the Independent American Football League (IAFL).

The IAFL is a semi-pro football league that the Sharks have been a part of for the past three years.

The Sharks made it to the championship game in 2019, but came up short.

Thomas White, who’s the Sharks defensive coordinator, is happy the team came out on top this season.

The team consists of former college athletes throughout the state.

One of those athletes is Dalvin Bracey, who is a former Lakewood Gator and S.C. State Bulldog.

He was named Offensive MVP of the Championship game and he says it feels great to be a champion.

And the team is looking to run it all back again in 2021.

“Repeat, repeat there is nothing else other than repeating and defending the throne.” Said Van Conyers, safety and defensive MVP of the championship game.

If you are an athlete that’s interested in playing for the Sharks, the team will be hosting try-outs on October 3rd.

Over 700 SC inmates positive for COVID-19, as state works to slow spread