The Aggies had lost two conference games in a row before upsetting the nation's top team.

Defending national champion Alabama had scored 21 straight points — capped by a TD reception and 2-point conversion grab by Jameson Williams — to take a 38-31 lead with five minutes to go.

Texas A&M tied it at 38 when Zach Calzada connected with Ainias Smith for a 25-yard touchdown strike with three minutes left.

Calzada was hit as he threw the strike and had to be helped off the field but returned for the next drive after a visit to the medical tent.

Calzada returned after the Aggies forced a punt to orchestrate the winning drive.

Below are highlights from the game.

Texas A&M opened the scoring with a field goal, but Alabama answered with this Bryce Young to Roydell Williams touchdown.

Texas A&M took the lead right back with this Zach Calzada to Jalen Wydermyer touchdown. This play made it 10-7 Texas A&M.

This is some response by Texas A&M. @AggieFootball regains the lead. pic.twitter.com/lkH9zn70V9

Texas A&M extended the lead with this Calzada pass to Ainias Smith.  17-10 Aggies.

Isaiah Spiller gave the Aggies a 24-10 lead with this run to paydirt.

With Alabama's offense having trouble scoring, their special teams picked up the slack.  This made it 24-17.  Bama was within a touchdown.

Just when Alabama needed a big play, the special teams delivered in a big way. pic.twitter.com/UdXlPc6jEi

But on the ensuing kickoff, Devon Achane took it 96 yards to the house and A&M is back up by two touchdowns.  31-17 Aggies.

The lead was cut back to 7 after this Jameson Williams touchdown pass from Bryce Young.

Alabama took a 38-31 lead with this Young to Williams scoring strike.

Texas A&M tied it up at 38 with this Calzada to Smith touchdown pass. Calzada needed help to get off the field, but he came back out after the Aggies stopped the Crimson Tide.

This game is a classic. pic.twitter.com/XMpJelshC7

And this was the game-winner.

THE AGGIES UPSET NO. 1 ALABAMA. pic.twitter.com/p68Rj1KKwG

Scenes of an upset. pic.twitter.com/D2wjUAOgkp 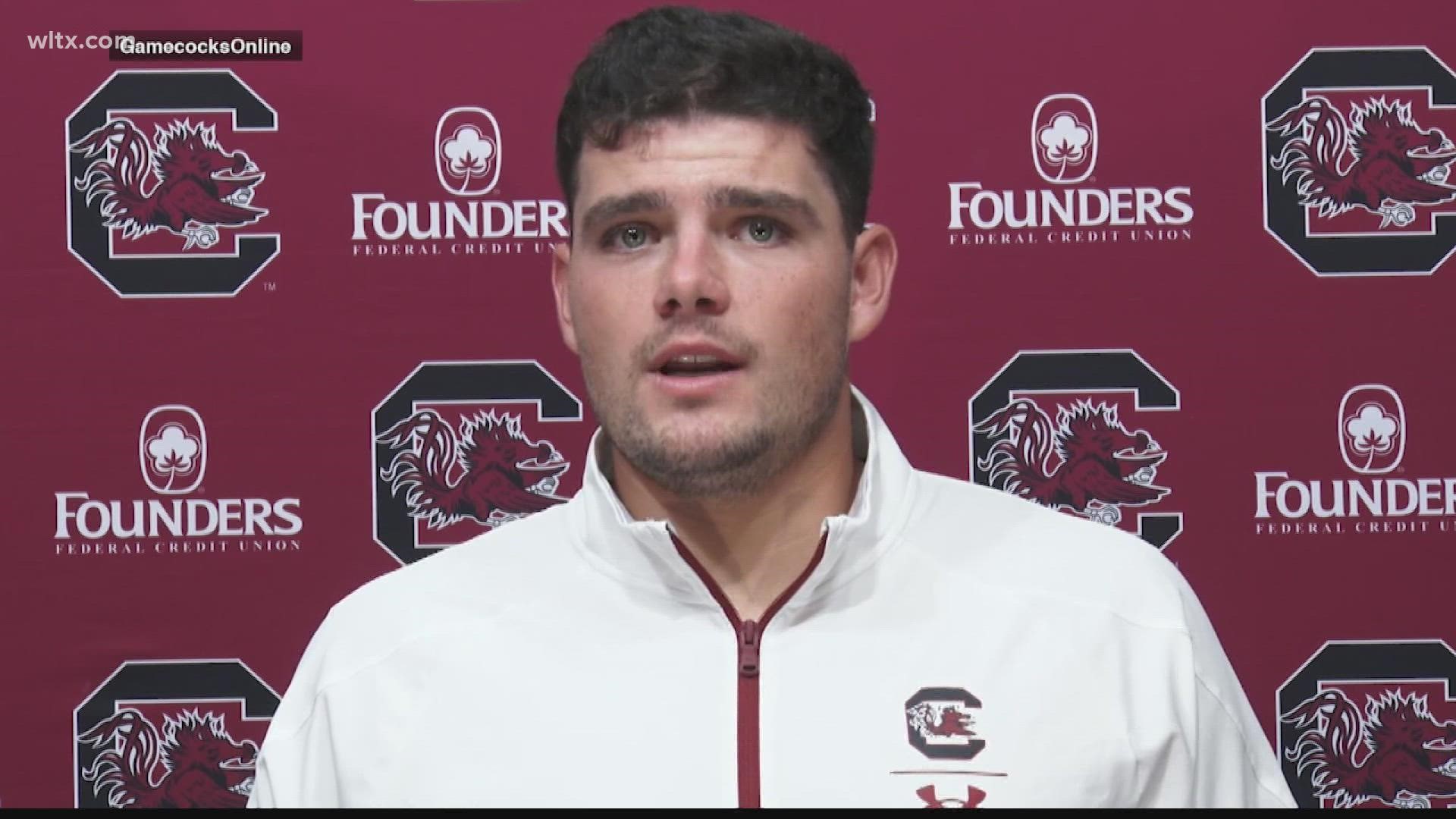