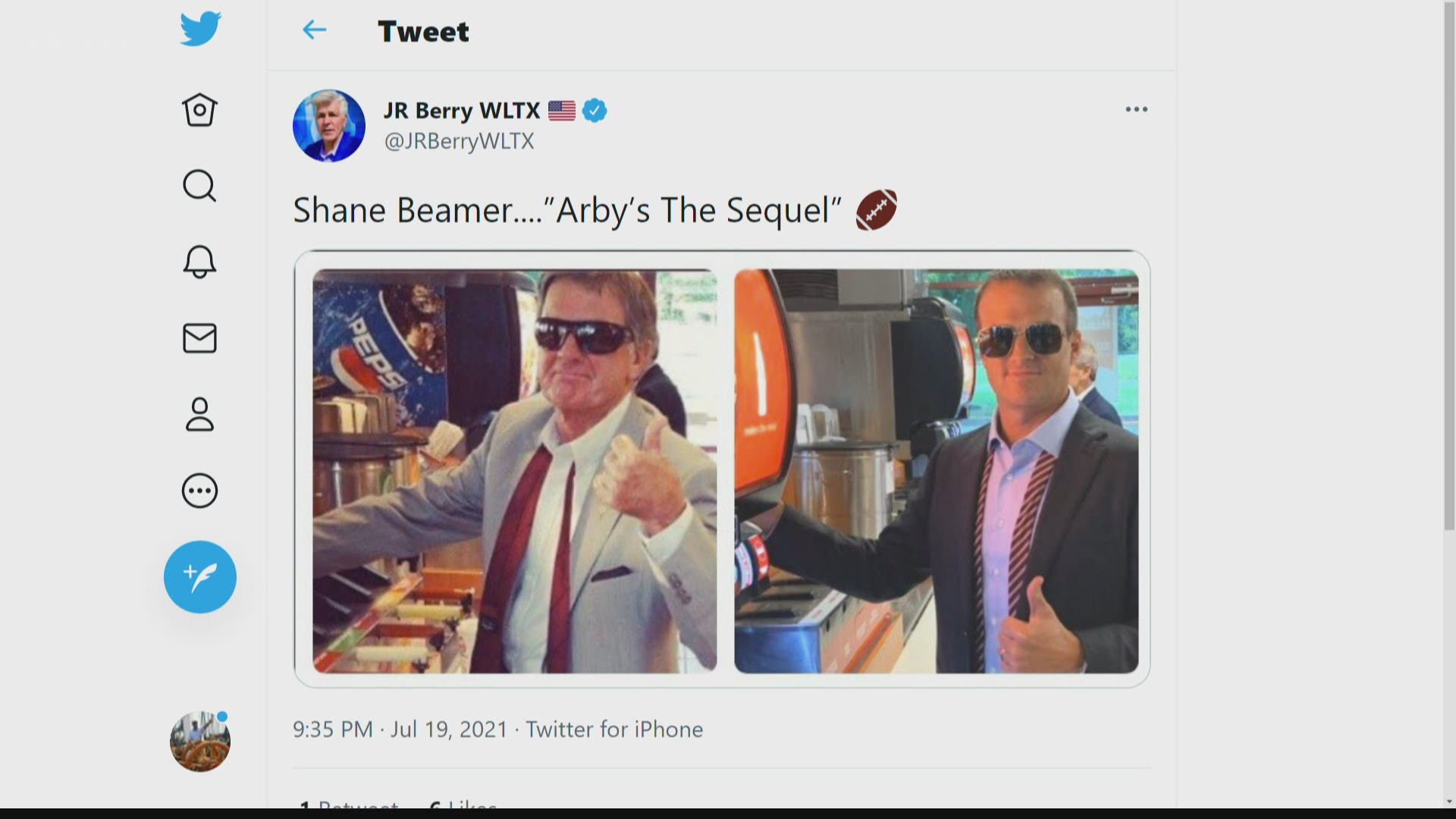 COLUMBIA, S.C. — In 2013, Steve Spurrier had just left another SEC Media Days appearance and he stopped by at a local Arby's.

Jadeveon Clowney was part of the Carolina contingent who had gone to media days and the All-American snapped a picture of the HBC at the soda fountain. With his tie untied and the shades, Spurrier threw a "thumbs up" and the picture went viral.

On Monday after his first SEC Media Days appearance, South Carolina head coach Shane Beamer recreated the famous Arby's pose as a way to pay homage to the man who hired him back in 2007. Beamer left Columbia after the 2010 season but he kept up with his forrmer boss enough to know that the iconic Arby's picture was typical Spurrier.

Beamer made his way to the very same Arby's where he did the Spurrier pose for social media.

A close look at both pictures will unveil some changes to that Arby's. In 2013, Spurrier was standing next to Pepsi products.