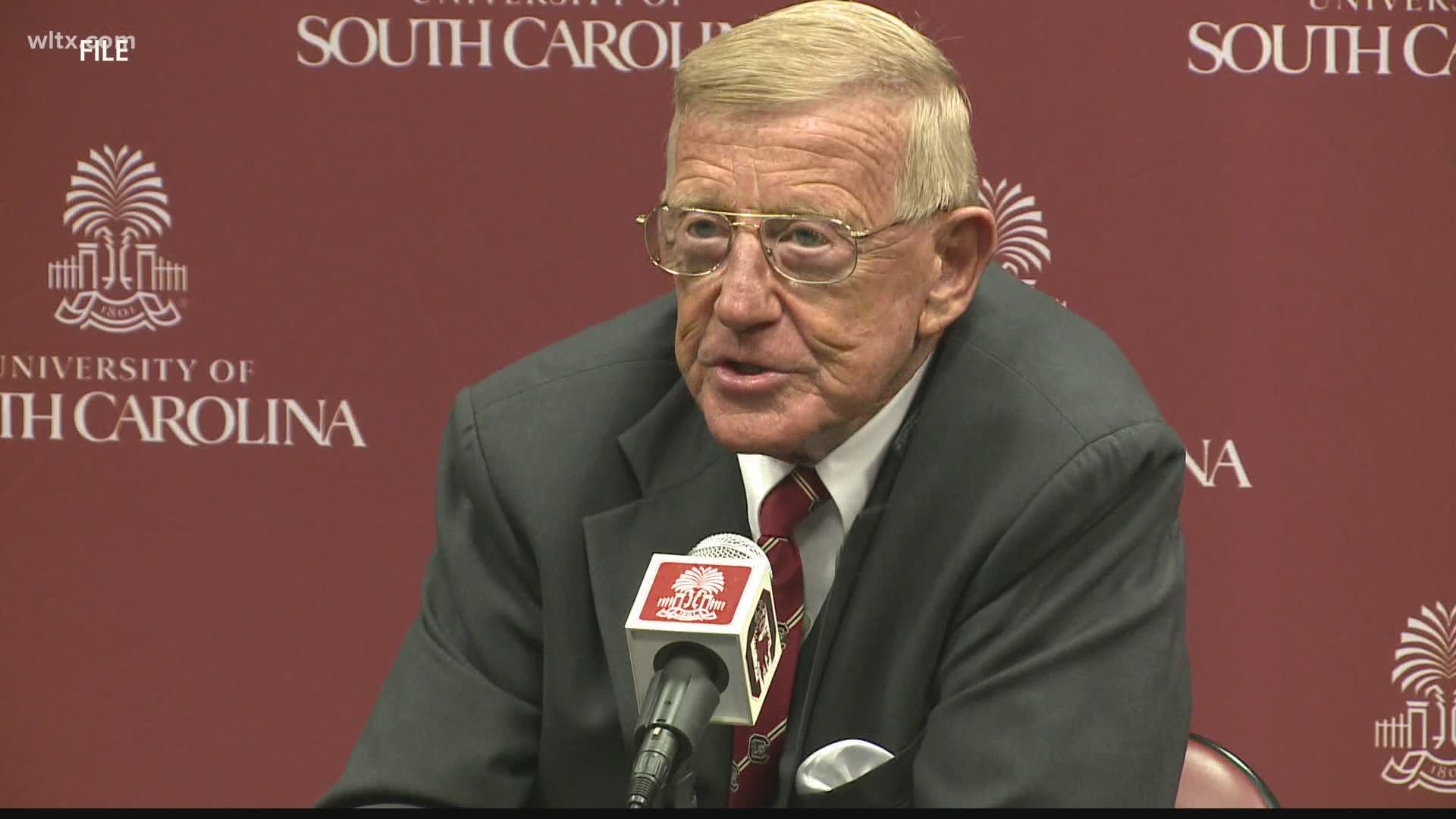 President Donald Trump confirmed the news at a press briefing late Friday afternoon where Holtz was in attendance. A date has not yet been picked for him to receive the medal.

The award is the nation's highest civilian honor.

Holtz recently spoke at the Republican National Convention praising Trump's leadership and telling voters to pick the incumbent for a second term.

Holtz, who coached the University of South Carolina team from 1999 to 2004, was an early supporter of then-candidate Donald Trump in the 2016 Republican Party primary. At that time, Holtz said this of Trump: "He does nothing but go first class in everything. He wants this country to be first class as well."

Holtz first season at USC was 0-11 but he turned the team around, winning 17 games and two back-to-back wins at the Outback Bowl. He left USC after a fight broke out at the 2004 Clemson-Carolina game, declining a chance to go to a post-season bowl.

After USC, Holtz did a stint as a commentator at ESPN. His coaching career includes stops at Notre Dame, William & Mary, NC State, Arkansas, and Minnesota. In 1988, he coached Notre Dame to a national title.

He is a member of the College Football Hall of Fame.

He returned to USC in 2012 to deliver a commencement speech to the graduating class and to receive an honorary doctorate degree.