Since 2013, Austin Johnson has been the caddie for his brother and perhaps it's no coincidence that DJ has had his greatest success with AJ's calming influence. 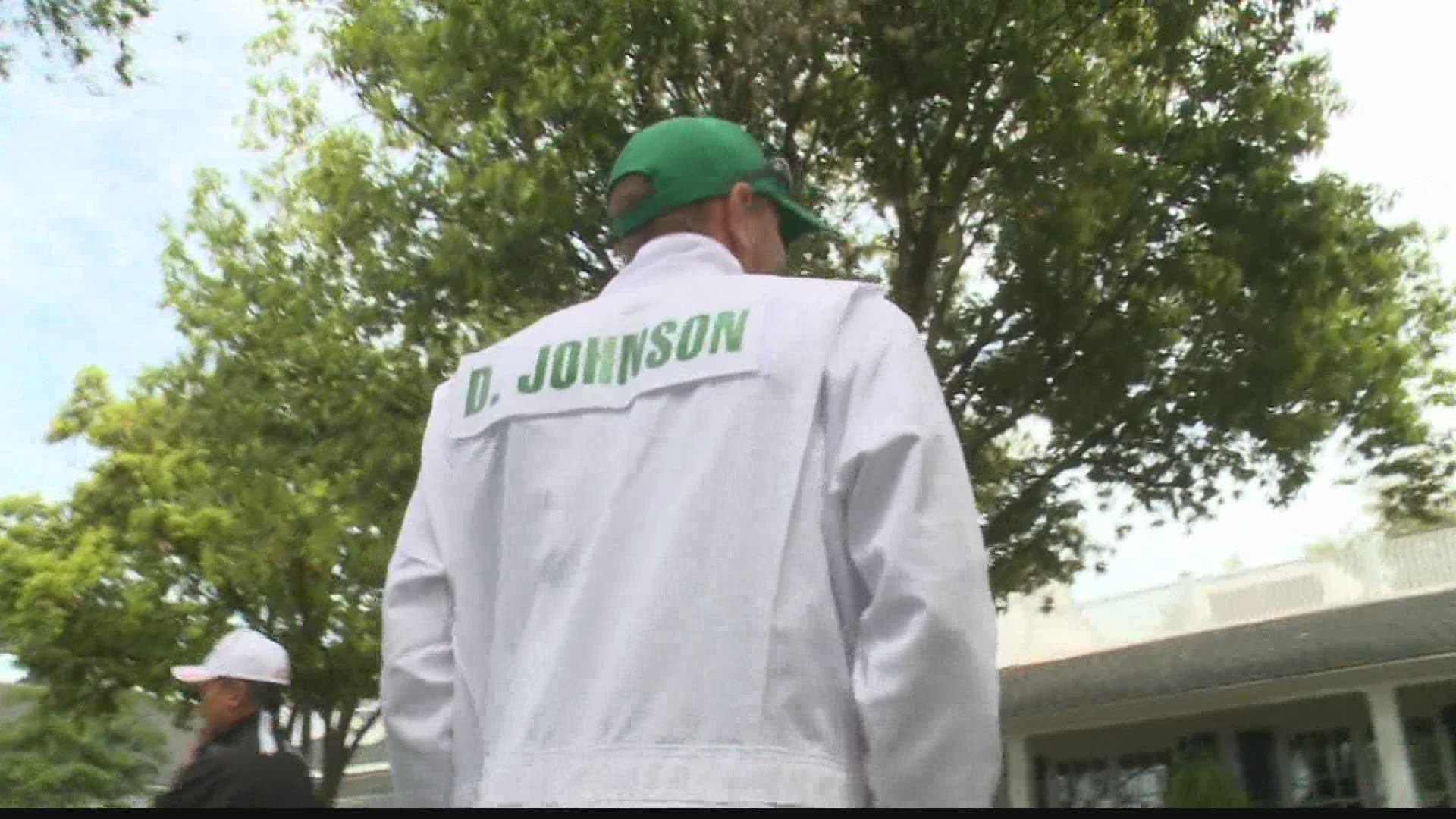 AUGUSTA, Ga. — When Dustin Johnson hired his brother Austin to be his caddie, the prevailing theory is that AJ would be a calming influence on the course for the golfer who is currently at the top of the world golf ranking.

It was 2013 when this combination began work on the PGA Tour and together, the brothers have won 17 tournaments including the 2016 U.S. Open and last year's Masters.

"My brother's been on the bag since the end of 2013, and, you know, we have always been close," Johnson said.

"And he played a lot of golf as a junior, so, you know, it wasn't like he was coming in not knowing anything about golf. But yeah, just as much time as you spend with your caddie and travel the world, we play a lot of golf at home.  So it's great having him on the bag, and obviously having him caddying last year when I won the Masters was really, really special, and it's one of those things that you'll never forget.

When Dustin won the Masters in November, the CBS cameras caught a very emotional Austin becoming overwhelmed at the magnitude of the moment - a moment that capped a lifelong dream of the Johnson family to see Dustin capture the most iconic tournament on the schedule.