The world's top-ranked golfer will defend his title this week in the 85th Masters. Johnson is the first golfer born in South Carolina to earn the Green Jacket. 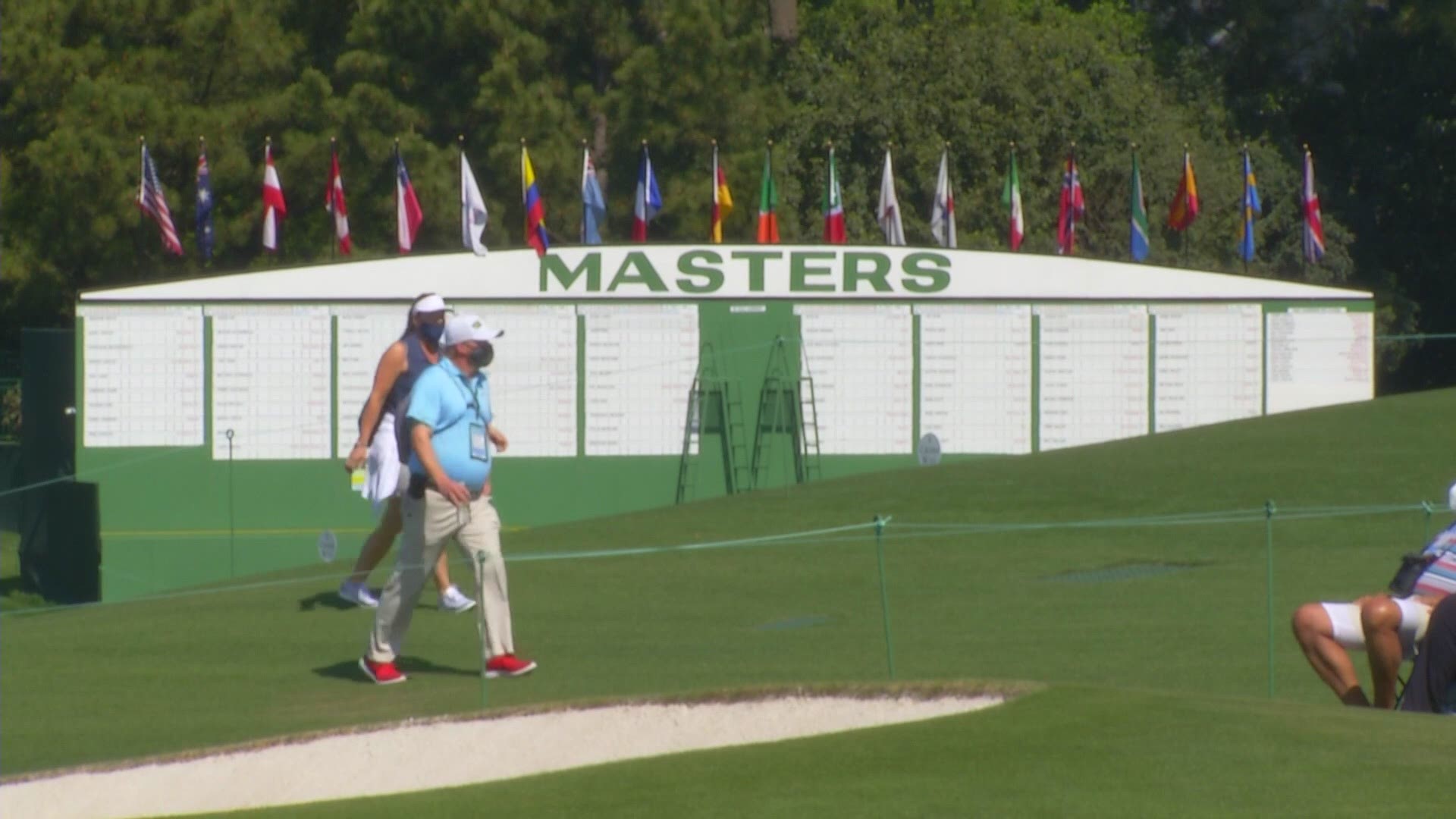 AUGUSTA, Ga. — It was just five months ago when Dustin Johnson captured his second career major and his first Masters.

On Tuesday, the defending champion met the media where he talked about the challenges of repeating as the Masters champion. It's only been done three times in the history of the tournament. Jack Nicklaus (1965-1966), Nick Faldo (1989-1990) and Tiger Woods (2001-2002) are the only golfers who have been able to overcome the odds and win consecutive Masters titles.

The Dutch Fork and Coastal Carolina graduate admits his game is not quite where it was in November. But he says it is coming around and he will certainly need to be close to where he was five months ago as the course figures to play tougher with firmer and faster conditions.

But when DJ tees if up this week as the defending champion, he knows if he can put four good rounds together, he will be in position Sunday to become the fourth repeat winner at the Augusta Natonal Golf Club.

"It's a tough tournament to win," Johnson said Tuesday when asked his opinion on why only three golfers have repeated as champions.

"You're going to have to put four good rounds together, especially with the conditions, like normal conditions.  You've got to do everything well.  And with it firm and fast, it's just a really hard golf course because obviously any hole at any time can jump out and get you. So, you know, it's just very tough to win, I mean, to win once, and especially multiple times."

It was nearly three weeks ago when Dustin's grandfather, Art Whisnant, passed away at the age of 81. Five years ago, Dustin and his brother Austin were on the stage at the Columbia Metropolitan Conventer Center as Mr. Whisnant was inducted into the South Carolina Athletic Hall of Fame. But Johnson can take solace in the fact that his grandfather go to see his grandsons team up to win the 2020 Masters. Austin has been on the bag for DJ's biggest wins and no doubt that Sunday in November brought great joy to the former South Carolina basketball player who was a three-time All-ACC selection.

"He was always a big part of both of our lives just with sports," Johnson said.

"He was a huge sports fan.  Didn't matter what sport it was.  He thought he knew how to play it and he was good at it, that's for sure, even with golf.  Even though I don't think he ever even hit a golf ball, he would still try to tell me how to play.  That's just how he was. As a kid and playing all the different sports, he was always there and always real supportive.  So obviously definitely going to miss him.  But yeah, he's in a good place."