Mike Bobo has plenty of reasons to be thankful 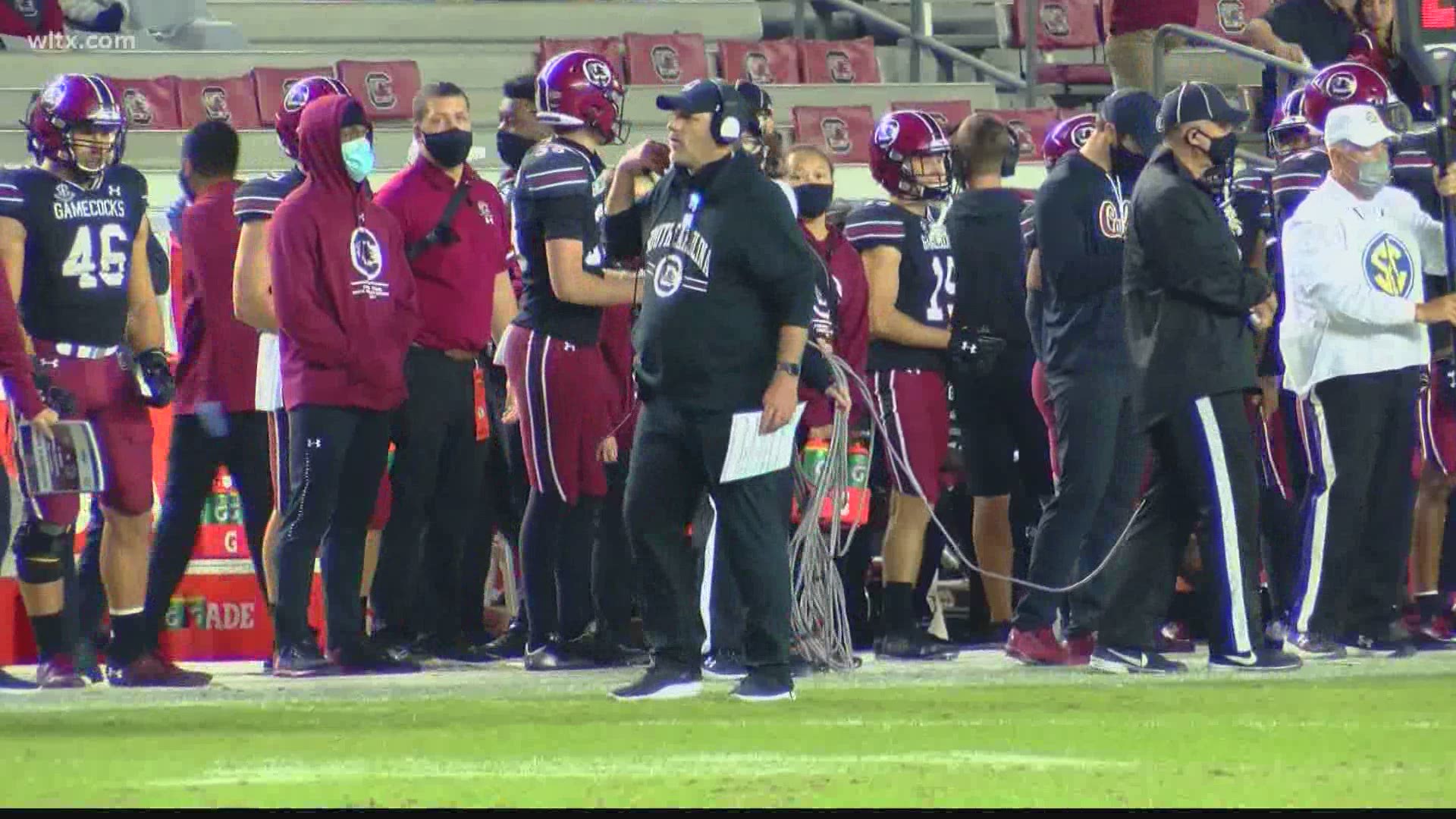 Mike Bobo does not know where he will be working in 2021 and oh by the way, his team that is short-handed due to injuries and opt-outs has to face 13th-ranked Georgia Saturday night.

But in spite of all that, the Gamecocks interim head football coach is extremely thankful this week as the country celebrates Thanksgiving.

“I’m thankful to live in a country where we’re free and able to make choices. I think hat’s a blessing sometimes we overlook. I’m thankful for the people that fought for this country that we’re able to do that," he said.

“I’m thankful for family. My family at home, my wife and kids that support me. They love dad no matter what, that I’m the best coach in the world even though I know I wasn’t on some Saturdays and they are going to hug you and tell you that."

Even though Bobo has been in Columbia for roughly one year, he is thankful for his time in the Midlands which is just up the road from the Augusta area where he went to high school.

I’m thankful for the football family here at South Carolina," he said.

"I’ve only been here going on almost a year, but they welcomed me and my family and I’m appreciative of that. It’s something my wife and I have talked about. It’s easy to look at things aren’t going great and you’re losing and struggling. It becomes a challenge as a coach and a player, but we have a lot to be thankful for and what we get to do and who we get to do it with in the country we live in. There is a lot of stuff we can say that’s negative and not going great, but there is a lot of positives, too.”

Bobo also talked about his favorite menu items for Thanksgiving and he said while not a fan of turkey, per se, he does like fried turkey. He also said he is looking forward to his first Thanksgiving in a while where he can drink sweet tea. He spent the previous five seasons as the head coach at Colorado State where sweet tea is non-existent.