The former Clemson Tiger and current LA Charger was back in his hometown of Santee for his annual camp Saturday afternoon. 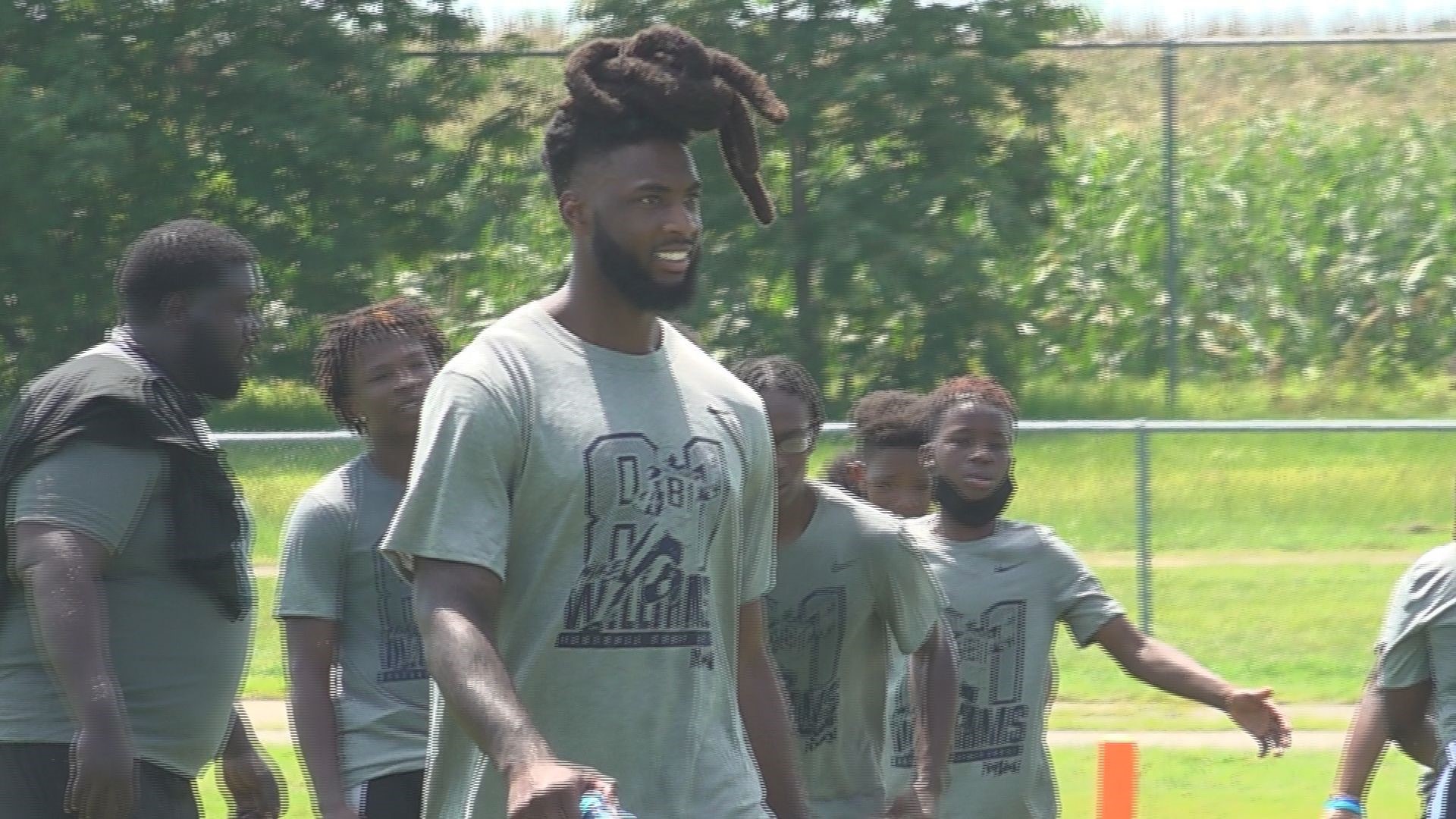 SANTEE, S.C. — Mike Williams loves giving back to his community just as much as he loves catching passes in the NFL.

Kids had the chance to participate in some of the same drills Williams did as a youngster. In addition to that, Williams also gave campers backpacks for the upcoming school year.

Williams says he feels it's his obligation to give back to the community that made him a star.

"When I was growing up, I didn't have that person in the community to look up to, so I just want to be the example for the kids letting them know that you can make it out of this town and be great." Williams said.

Saturday was Williams' third time holding the camp and he hopes to do more in his hometown during the holiday season.

WATCH - Former #Clemson star and current @Chargers WR @darealmike_dub was back in his hometown of Santee today for his annual camp.

He said that it is always a great time to give back.

"I just want to let the kids know that you can make it out and chase your dreams."@WLTX pic.twitter.com/QabO31Lb7h