Opinion | 5 things to worry about with the Cardinals in 2020

It's not a sure thing the Cardinals will be flying high again in 2020. Here are some reasons to be worried about this year's squad 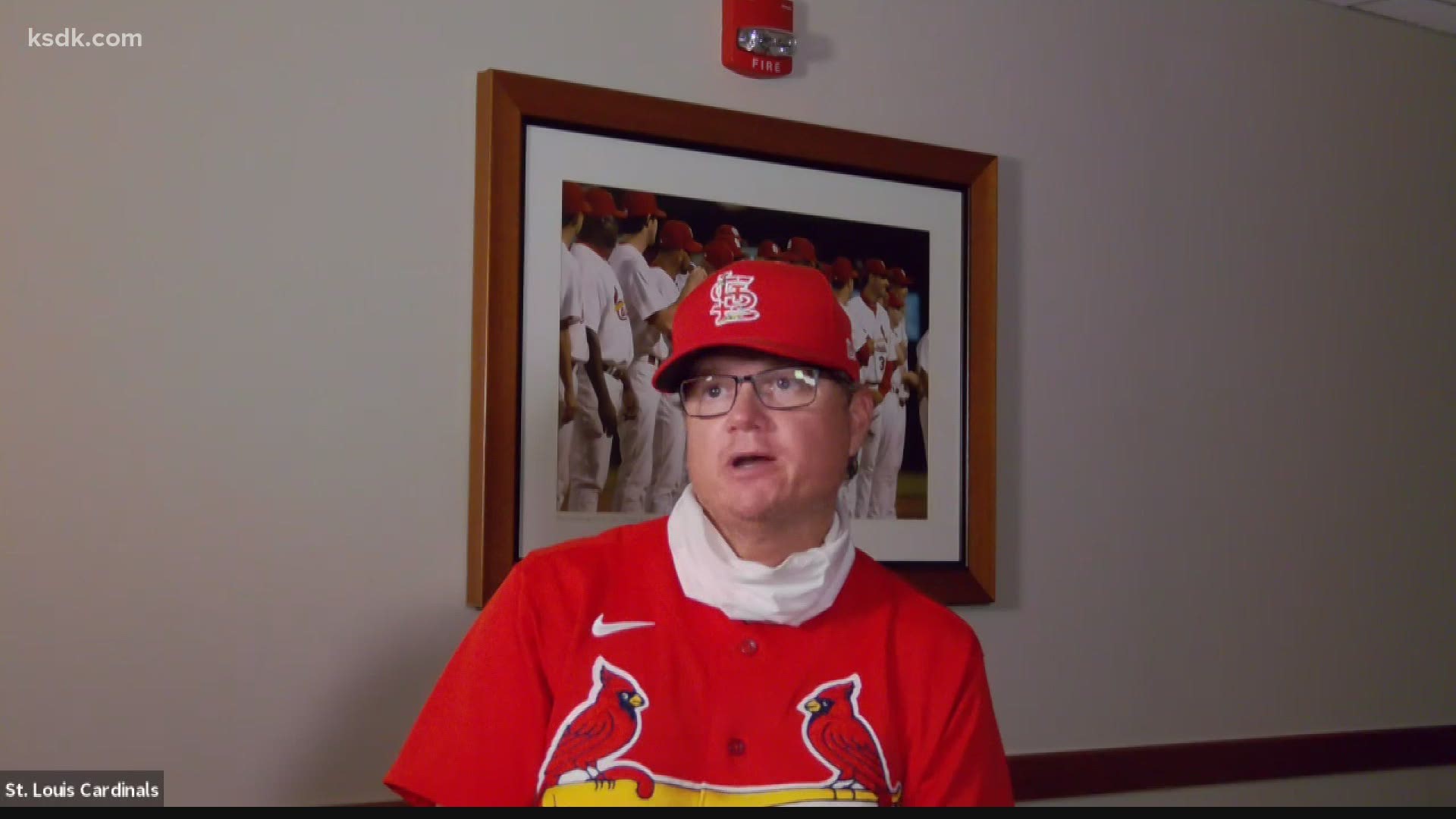 ST. LOUIS — The day is here, folks. Baseball is back in our lives and poised to wreak a little havoc on our souls for a few months. The St. Louis Cardinals look like the kind of team that can either run deep into the postseason or collapse right inside the wildcard marker.

This year, it's going to be a little wild out there. By now, you probably know the vital information, but let's run over the details again. There are 60 games in the regular season, and then the postseason will hold 16 teams. Those wildcard showdowns I was speaking of will play out over a best of three series instead of a do or die one game playoff. The designated hitter is here, and so is a runner at second base when extra innings begin.

This is a race instead of a marathon, so slip some red bull into that adult beverage tonight and prepare yourself for a rush of blood to the head. The Cardinals have depth, but having extra bodies doesn't always make you the better team. It depends on how much a manager can rely on a certain player. When the leash must be yanked on or given more slack.

Since my colleague Corey Miller pointed out five things to like about the team already this week, I broke bad and went in the other direction. What can possibly go wrong? A few things, but let's stick to five. Starting with ...

There's little certainty in this projected starting outfield. There were 3.3 fWAR produced between Tyler O'Neill, Harrison Bader, and Dexter Fowler from the 2019 season. O'Neill accounted for none due to getting just a single month of starts. Bader had issues hitting over .200 and Fowler can hope not to disappoint. Dylan Carlson will be up at some point, but I doubt he gets significant playing time. Lane Thomas should push all three guys for starts, but there's no guarantee. Those two young fellas are unproven commodities.

While I am confident the Cardinals can cover Marcell Ozuna's departing 2.5 fWAR, I question what else they can really contribute. This group needs a stud to emerge.

After a shockingly great 2018 season, The Lizard King came back down to Earth last season, putting together a 4.27 FIP (fielding independent pitching) and struggling on the road. The earned run average rose from 2.83 to 4.16, and he didn't look that much better during spring and summer camp. Mikolas also had issues reaching his usual velocity during camp, but that was more than likely due to missing most of spring with an injury. Being a home-road casualty isn't good news for a guy who got a rather quick contract extension. If Mikolas is solid, the rotation could be deadly. If not, they will have to dip into the bullpen.

3) Is the bullpen strong enough?

At the moment, Giovanny Gallegos is not ready to join the team on Opening Day. Jordan Hicks and John Brebbia are gone for the year. That is three righthanders that the team relied on heavily last season, especially Gallegos and Brebbia. Those two guys were machines and could pitch in any relief inning. Newer arms like Ryan Helsley and Kodi Whitley will have a chance to pick up the slack, and Daniel Ponce de Leon and Austin Gomber are also waiting in the wings. Still, there are quite a few question marks here. Kwang Hyun Kim is set to close, but I wouldn't get too excited until he closes a few games.

The Cardinals traded for the guy who slugged .533 and contributed a .922 OPS with Arizona in 2018. While his performance last year was solid overall, the Cardinals will need more from Goldschmidt if they want to make a real run this season. He will be 33 in September, and one can only hope the Cardinals didn't a guy whose stud rating has worn off. He'll supply great defense, but the Cards need his bat to be potent and not get caught in a slow start. He's the X-factor in this lineup.

1) Will Mike Shildt prove that he can yank a veteran from the lineup if they are struggling?

This goes for a few guys. It doesn't just apply to Fowler and Matt Carpenter, but Adam Wainwright and Mikolas as well. What if a high-paid or highly respected veteran player is not hitting or pitching well, and a move needs to be made? Will Shildt pull the trigger and bench Fowler if he's 2 for his last 35? I'd like to bet on it. In his first game as an MLB manager a couple years ago, he made a move to pull Bader out of a game early on when there was an injury scare. He had to assure Bader it was the right move. In a 60 game season, Shidlt can't afford to play favorites. Play the best and see where it takes you.

This team has the tools to please and also disappoint. For the third year in a row, they have a lot of "ifs" and not as much certainty as one would prefer, but there are younger guys populating this team more and more, so that's a good thing. Hedging your bets on prospects and youth isn't bad if you actually play the talent instead of keeping it in the box unwrapped.

The Cardinals are capable of big things this year ... if they can get out of their own way and get some surprise or comeback performances. What do you think, Cardinal Nation?