The Crestwood kid shines in Charlotte 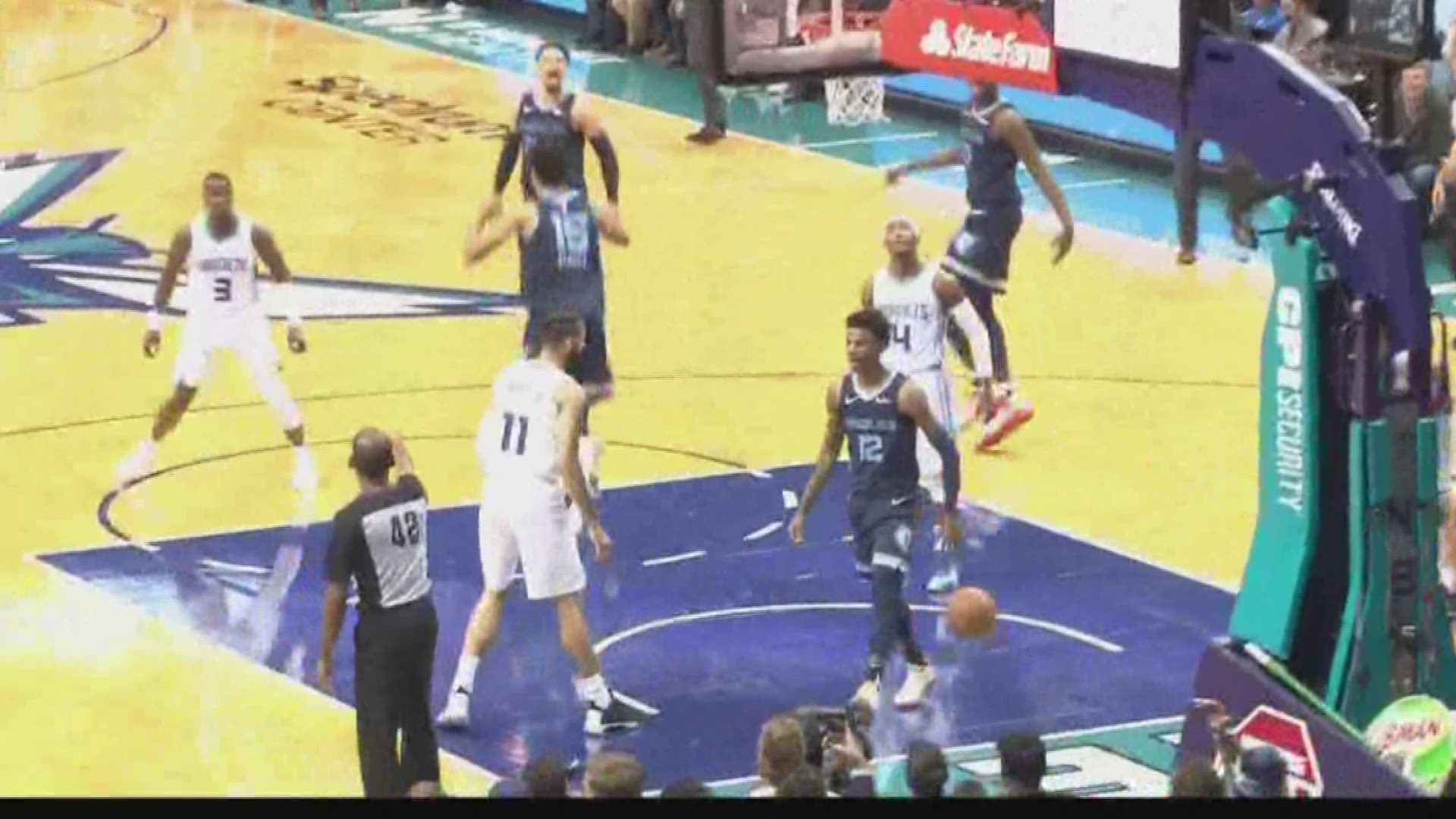 CHARLOTTE, N.C. (AP) - Rookie Ja Morant scored on a driving left-handed layup with 0.7 seconds left to give the Memphis Grizzlies 119-117 victory over the Charlotte Hornets on Wednesday night.

In his first NBA game in the Carolinas, the product of Crestwood High School in Sumter County had his first double-double with 23 points and 11 assists to help the Grizzlies win consecutive games for the first time this season. The South Carolina native was 10 of 15 from the field and excelled all night at getting to the rim and finding the open man.

Jonas Valanciunas was one of the beneficiaries of Morant’s passes, finishing with 18 points and 13 rebounds. Marko Guduric had 17 points off the bench.

The Hornets battled back from 10 down in the fourth quarter to tie it on a 3-pointer by Devonte Graham from the top of the key with 22.7 seconds left. But after a timeout, Morant got a screen near the top of the key and drove left against Cody Martin and somehow got the layup to fall over 7-foot center Cody Zeller in traffic.

Terry Rozier tied a career-high with 33 points on seven 3-points for the Hornets, who have lost four straight. Graham, who entered the game leading the team in points and assists, had 19 points in his first start of the season.

The Hornets led by 12 in the third quarter before the Grizzlies went on a 22-5 run led by Morant and Dillon Brooks, who finished with 15 points.

Grizzlies: Grayson Allen, who starred at Duke a couple of hours away, did not play because of left ankle soreness.

Hornets: Were outrebounded 45-35. ... Dwayne Bacon sat out with knee soreness. ... The Hornets have trailed by double digits in every game this season.