Craig has been named the Honorary Starter for the event, which takes place at the Charlotte Motor Speedway in Concord.

RELATED: From vision to NASCAR playoff pillar: Driving the ROVAL

Clive Standen of NBC's "Taken" will serve as the Honorary Pace Car Driver, and will drive the  Bank of America ROVAL 400 Toyota Camry TRD pace car during ceremonial laps before the green flag falls.

Charlotte Motor Speedway also confirmed Nicole Gee, one of the 13 U.S. service members killed in Afghanistan on Aug. 26 during a bombing at the Kabul International Airport, will be honored before Sunday's race. Her husband Marine Sgt. Jarod D. Gee and her best friend Sgt. Mallory Harrison will serve as grand marshals for the event.

Locked On is the leading podcast network for local sports and is owned by WCNC Charlotte's parent company TEGNA.
Listen to Locked On here. 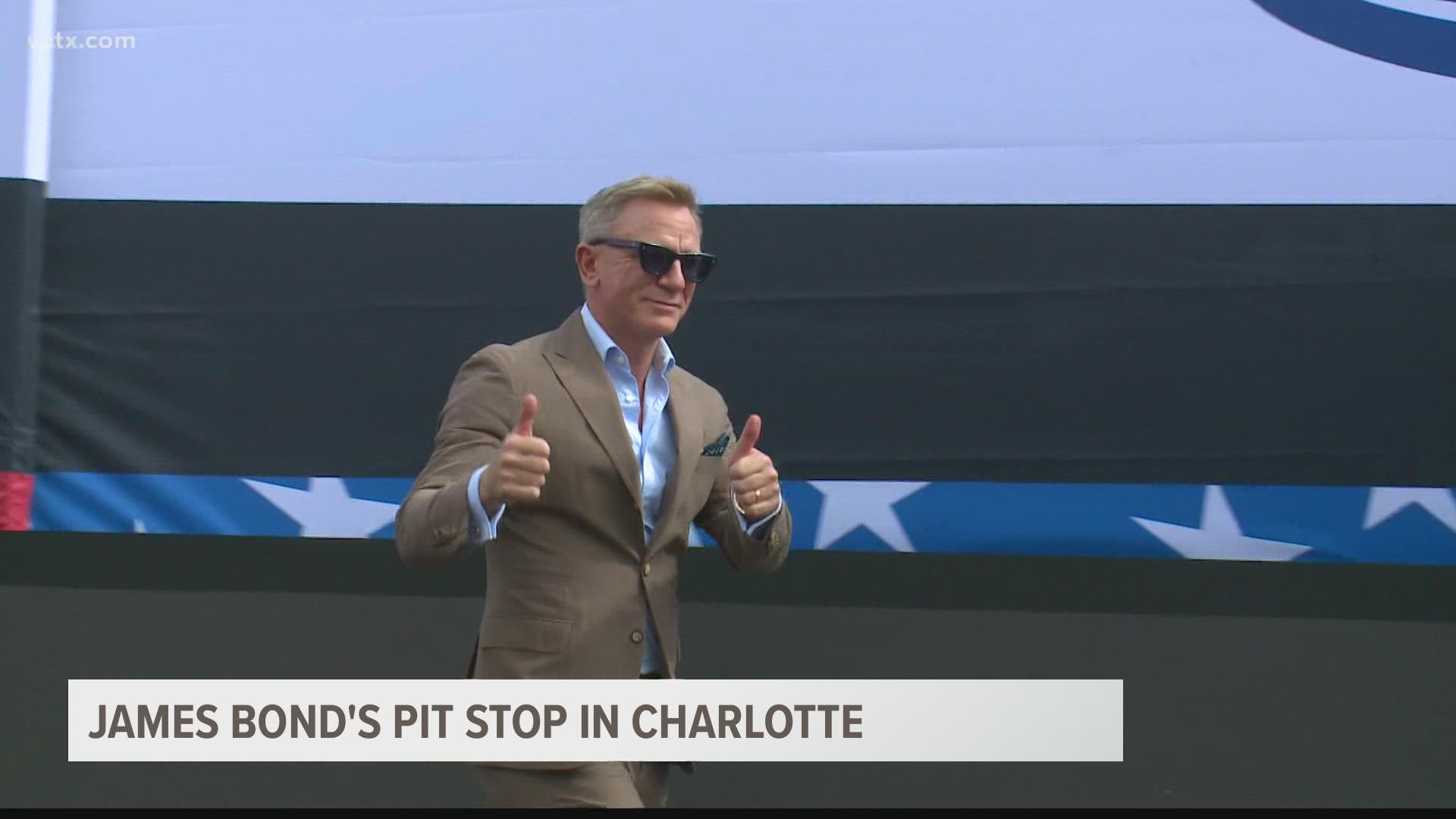 James Bond makes his debut at the Charlotte Motor Speedway