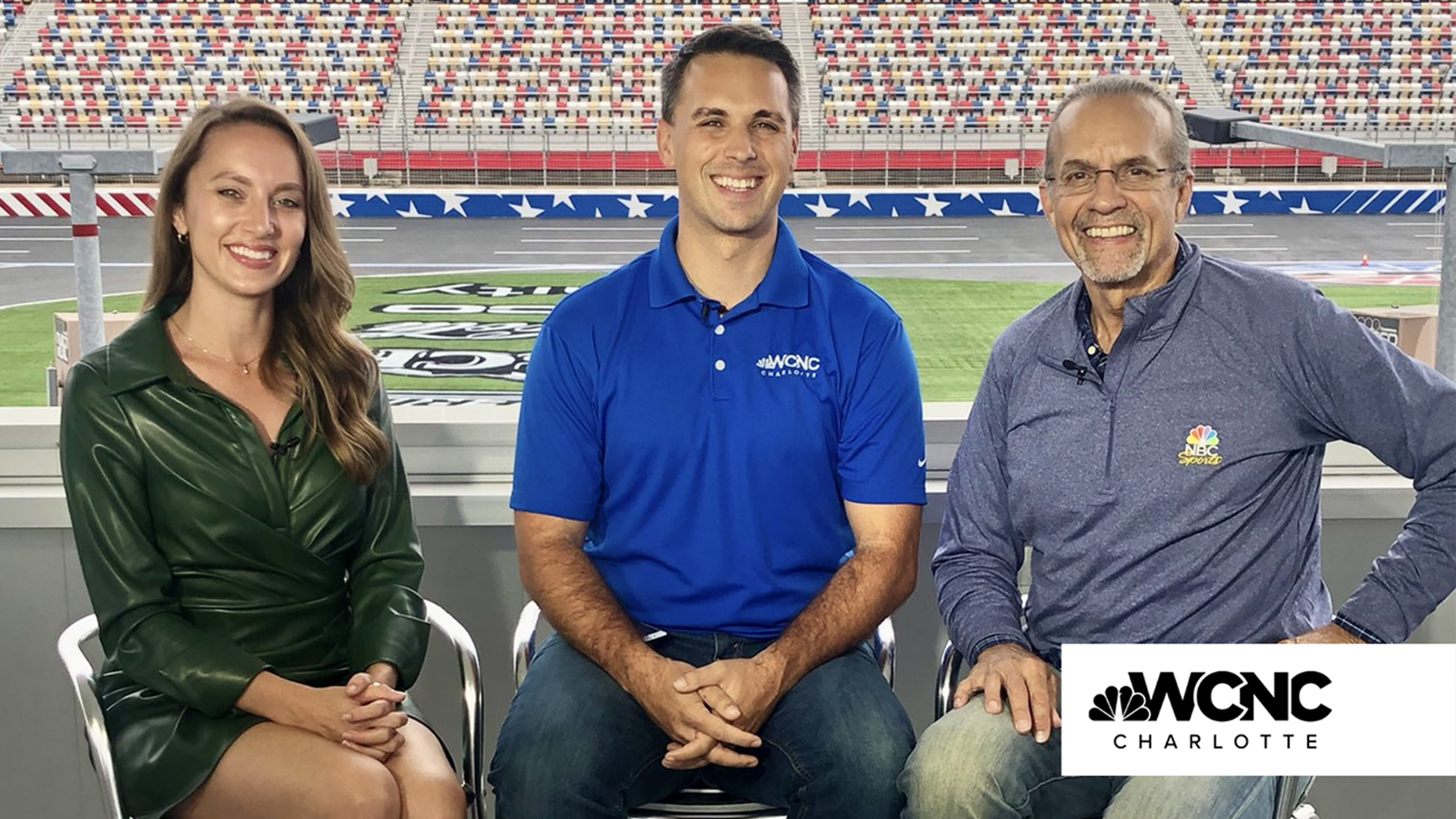 CONCORD, N.C. — The 2021 NASCAR Cup and Xfinity Series Playoffs Round of 8 was decided at one of NASCAR’s most unpredictable tracks, the Charlotte Motor Speedway ROVAL, this weekend on WCNC Charlotte.

Kyle Larson came away with the checkered flag during Sunday's race.

Kyle Larson wins the ROVAL. @ashstro is live after the race and I'll have reaction from a brutal #Panthers loss on @wcnc

Four drivers will be eliminated from playoff contentions after Sunday's Bank of America Roval 400 on the Charlotte Motor Speedway Road Course.

On Friday night, Nick Carboni and Ashley Stroehlein live hosted the "Charlotte Roval Showdown: A WCNC NASCAR Playoff Special" from Charlotte Motor Speedway. You can watch extended interviews from our special below, on the WCNC Charlotte mobile app, and the WCNC Charlotte apps for Roku and Amazon Fire.

Chase Elliot was the previous champion of the Charlotte Motor Speedway ROVAL.

Ashley Stroehlein caught up with driver Bubba Wallace to discuss his freshman year with 23XI Racing, the advice Michael Jordan gave him after winning at Talladega and the emotions he's felt from Talladega 2020 until now.

NASCAR on NBC analyst Kyle Petty, an 8-time winner in NASCAR's top division, sits down with Ashley Stroehlein and Nick Carboni to discuss how thick teams' notebooks were on the ROVAL before the playoff race that aired Sunday on WCNC Charlotte!

Denny Hamlin started on the pole for Sunday's Bank of America ROVAL 400 at the Charlotte Motor Speedway.

Seven-time NASCAR Cup Series champion talks about his racing career in both NASCAR and IndyCar.

Johnson also tells WCNC Charlotte's Ashley Stroehlein about the work he does with the Jimmie Johnson Foundation.

Inside the Heritage Center with Rick Hendrick

What is the Roval?

The road course at Charlotte Motor Speedway has 17 turns. It's 2.28 miles long and has a change in elevation of 35 feet.

The course premiered in 2018 as the first road course in the history of the NASCAR Playoffs.

RELATED: From vision to NASCAR playoff pillar: Driving the ROVAL

If you cannot watch NBC on WCNC Charlotte television, you can use your cable or satellite provider login to stream the race using NBCSports.com or the NBC Sports App for your phone, tablet, Roku, Amazon Fire, and other Internet-connected devices.

While the Charlotte races will not be streamed on Peacock, NBC Sports has announced plans to stream the final three 2021 NASCAR Cup Series Races airing on NBC, including the Championship Race at Phoenix, on their streaming service.

Rain has also been the uninvited guest at recent NASCAR races at Charlotte Motor Speedway.

This sequence of events at @CLTMotorSpdwy is UNBELIEVABLE.

It started raining at the ROVAL, and so many drivers spun around. #NASCARPlayoffs

Dry weather returns to end the weekend, with highs in the mid 70s Sunday afternoon

Ahead of Sunday's race, here are where the drivers were ranked: