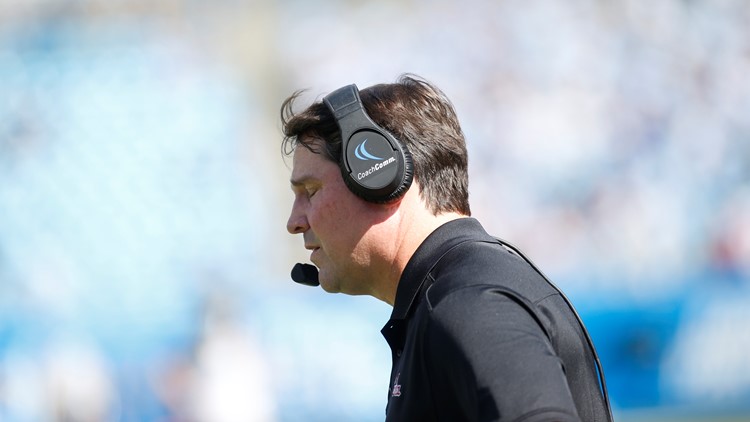 The first touchdown of the Gamecocks’ 2019 came on the ground, en route to a day where South Carolina’s backs put up 128 yards on the ground.

But, after the backs, Will Muschamp found little to like about the team’s run game with the five guys up front struggling the majority of the game.

That’s prompted Muschamp and the team’s offensive staff to shift things around up front before the next game.

“We’re going to look at some new combinations and I’m not ready to comment on it right now,” he said. “We talked today as a staff and at practice shuffled some guys around. We’ll continue to do that before Tuesday’s practice. I’ll let you know after Tuesday’s practice where we are and what we settled with.”

Muschamp said that on his weekly Sunday teleconference and the next time he’s scheduled to meet with the media is Tuesday at 12:30 p.m. where he’ll talk more about any potential changes to the offensive line.

“There was too much penetration. I thought we were inconsistent in the run game and at times we were effective and got a hat on a hat,” Muschamp said. “I thought Rico and Tavien played extremely well in the game and thought Kyle Markway played well in the game. Past that, we need to improve offensively.”
Entering camp, there was one main position battle, right guard, and Douglas beat out Jovaughn Gwyn for that spot.

Douglas could play all five spots on the offensive line, Stanley can snap along with play both guard spots and Hutcherson has the majority of his experience playing guard.

Not only did the offensive line struggle in the run game, they had issues in pass protection, giving up four quarterback hurries in the game and three sacks.

“He had to move around,” he said. “There’s no doubt we didn’t do a good enough job and weren’t as firm as we needed to be in the middle of the line. That’s where we got a lot of pushback, which creates issues especially when you’re stepping up in the pocket.”

The Gamecocks rushed for 128 yards behind a team-best 72 from Tavien Feaster, who scored the team’s first touchdown of the day, a 34-yard scamper complete with a devastating spin move.

Rico Dowlde started the game and rushed for 61 yards with a long of 21 yards.

“I thought both of the backs ran the ball extremely hard and got yardage when there wasn’t much there,” Muschamp said. “When there were some things there, they got everything they could get. I was very pleased with both backs.”