The new NASCAR schedule will once again send the Cup Series drivers to the Pee Dee during the months of May and September. 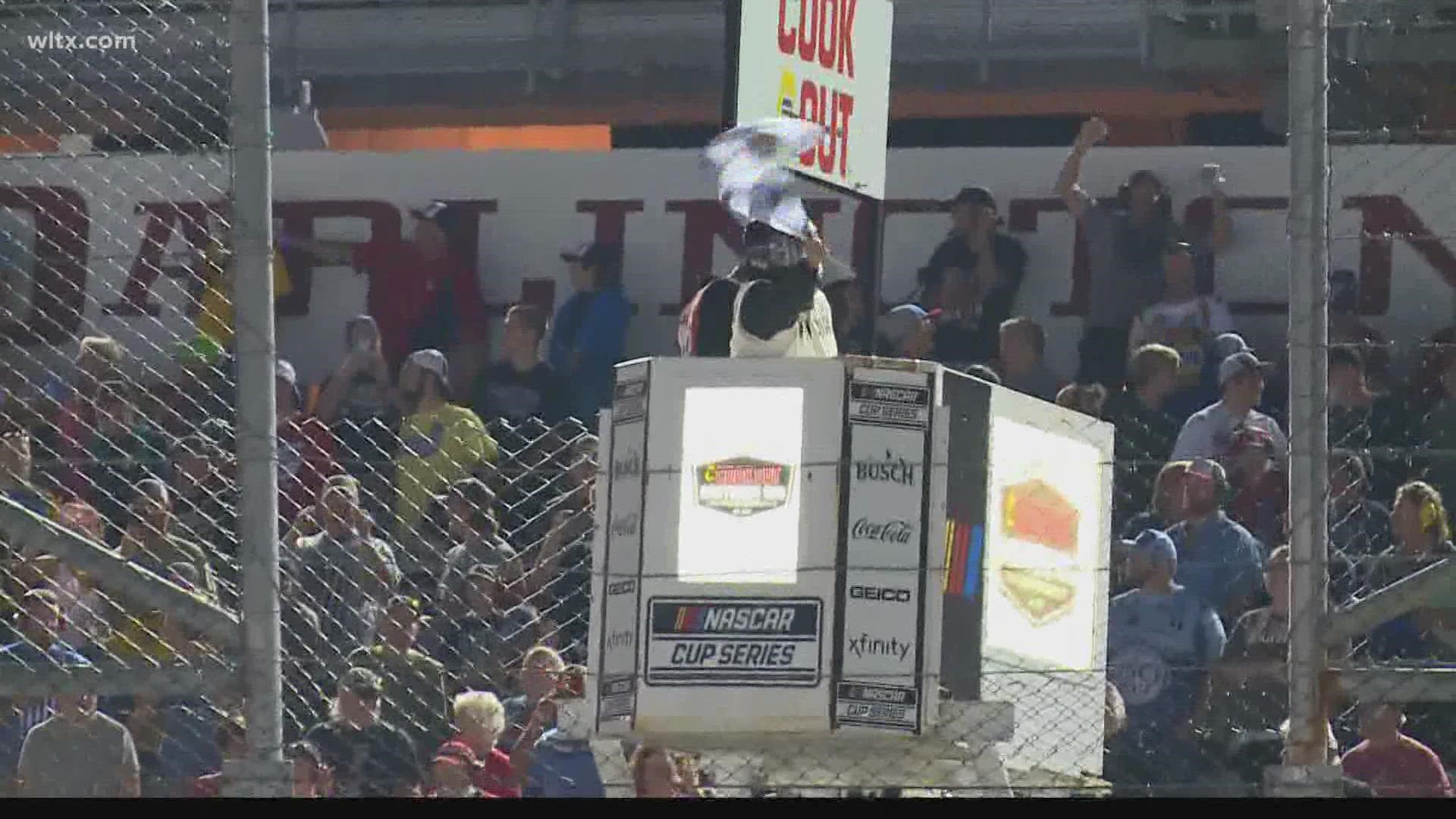 DARLINGTON, S.C. — For the second consecutive year, the NASCAR schedule will feature two trips to the Pee Dee for NASCAR's top series.

NASCAR announced its 2022 schedule on Wednesday and the Darlington Raceway will be hosting Cup races on May 8 and September 4 - Mother's Day and Labor Day weekend, respectively.

“Darlington Raceway has showcased the impact it has on the sport on and off the track over the last two years, so we are grateful to once again host two NASCAR Cup Series race weekends in 2022,” said Darlington Raceway President Kerry Tharp.

“This season’s on-track competition grew in intensity at the track Too Tough To Tame as each race held more meaning for drivers and race teams in their march to a championship. We are already counting the days until we can celebrate Mother’s Day and Labor Day weekend with the most loyal fans in motorsports once again.”

The news comes just a couple of weeks after Denny Hamlin outdueled Kyle Larson to win the Cook Out Southern 500 which was the opening race in NASCAR playoff and it will continue to open the playoffs in 2022, the third consecutive year the Track Too Tough To Tame will begin NASCAR's postseason.

Earlier this year, Martin Truex, Jr. finished ahead of Larson to win the Goodyear 400 on Mother's Day, which means Joe Gibbs Racing swept both Cup races in Darlington in 2021.

Darlington first hosted the Southern 500 Cup race on Labor Day weekend on Sept. 4, 1950. Over the years, the track has seen history made and that history will be celebrated in the spring as Darlington will once again be the host for NASCAR's Official Throwback Weekend.

From 1960-2004, the Darlington Raceway hosted two Cup weekends and that tradition made a triumphant return in 2020.

The Xfinity Series and Camping World Truck Series schedules will be announced very soon. Darlington hosted all three series in a pair of tripleheader weekends this year.