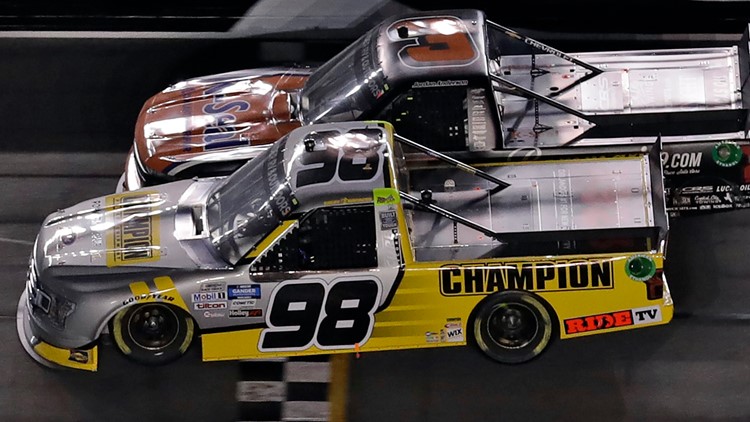 Jordan Anderson came so close to his first NASCAR win.

Anderson and Grant Enfinger went door-to-door to the finish line in a two-lap overtime with Enfinger just edging out the Forest Acres product in a photo finish.

It was a career best finish for Anderson who is in his sixth season in the Gander RV and Outdoors truck series and his third as an owner-driver.

Anderson played the strategy of hanging back in the draft in case the "Big One" occurred. There were two late-race crashes that allowed Anderson to climb to sixth heading into overtime. He was fifth and then shot up to second when Ross Chastain lost the draft when he made contact with another driver.

With Anderson in second, he and Enfinger literally traded paint until reaching the checkered flag with Enfinger pulled out the win by inches.

Jordan's first top 10 was two years ago, a ninth-place finish at Daytona. His best finish was seventh in that same season, the Fr8Auctions 250 at Talladega.

Anderson will take that momentum to Las Vegas for next Friday's Strat 200 at the Las Vegas Motor Speedway.