NASCAR drivers do their part for Breast Cancer Awareness Month

Pink window nets were used by the Cup drivers for the Bank of America Roval 400 at the Charlotte Motor Speedway. 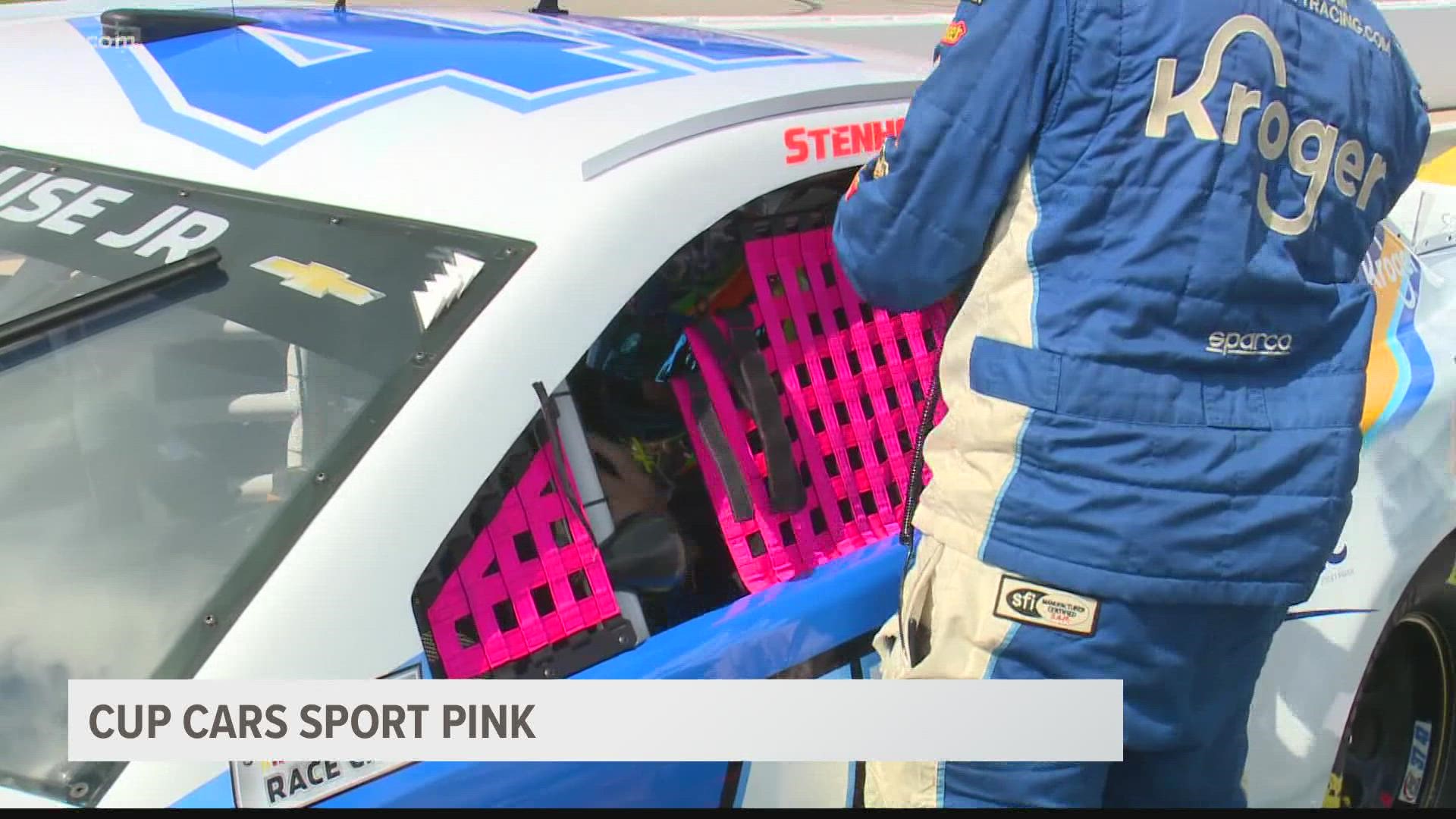 CONCORD, N.C. — As the Cup cars made their way around the Roval at the Charlotte Motor Speedway, it was impossible to miss the pink images that flashed by with each car.

The window nets for the Cup cars sported the color pink for Breast Cancer Awareness month. That idea came from a young fan of former Cup champion Kurt Busch. The fan's name is Mason Bradley and his mother is a Breast Cancer survivor. Mason sent Busch a hand-drawn image of Busch's #1 Chevrolet and suggested Busch should have pink window nets as part of the campaign to raise awareness about the disease.

Not only did Busch jump on board with the idea but he got his fellow Cup drivers involved.