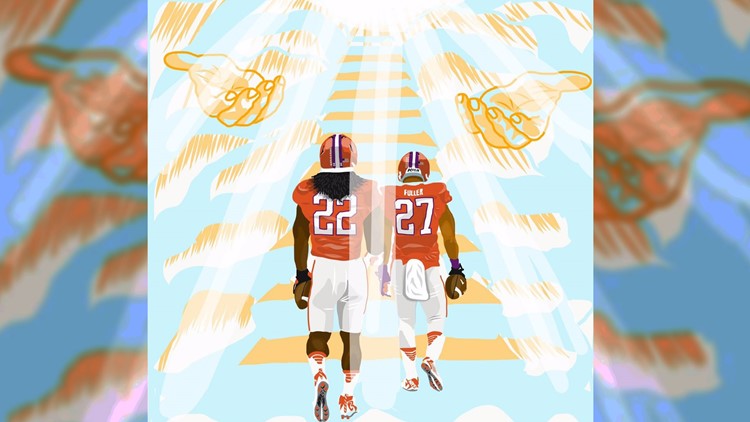 Xavier Kelly is a 6-4, 295 pound defensive line for Clemson. The junior displays tremendous power and strength on the field, but away from the battles on the line of scrimmage, the native of Wichita, Kansas shows tremendous finesse and precision with his drawing skills.

On Wednesday, Kelly unveiled his latest artwork on Twitter, a heartfelt and emotional tribute to former Tiger running backs Tyshon Dye and C.J. Fuller. The image Kelly drew was of Dye and Fuller walking towards Heaven into the waiting arms of God.

Dye tragically passed away Friday after drowning in a lake during a family outing. He was 25 years old.

Nine months ago, Fuller passed away due to blood clots after a surgery to repair a leg injury. He was 22 years old.

Both Fuller and Dye were members of the 2016 national championship team.