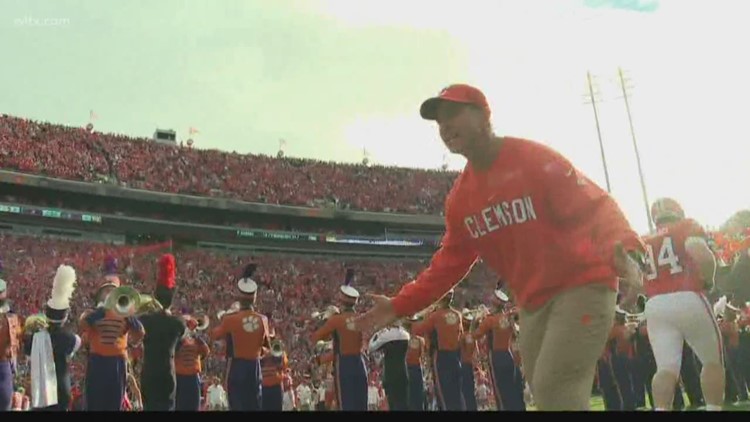 Clemson to face Georgia in Charlotte in 2021 Season Opener

COLUMBIA, S.C. — Clemson, Georgia and the Charlotte Sports Foundation announced that the Tigers and Bulldogs will play at Bank of America Stadium in Charlotte, NC on Saturday, Sept. 4, 2021. This game will be the 2021 season opener.

The game will be the sixth scheduled meeting between Clemson and UGA over the next 14 seasons. The two programs will meet in 2024 for the Chick-fil-A Kickoff Game in Atlanta, Ga. There will also be two home-and-home series that will feature games in Clemson in 2029 and 2033, and games in Athens in 2030 and 2032.

The teams most recently did a home-and-home series in 2013-2014 with each school winning on their home turf.

"Thank you to Georgia and the Charlotte Sports Foundation for helping make this game a reality," Clemson AD Dan Radakovich said. "Kicking off the 2021 season with this match-up will be a tremendous showcase for both universities and our fans. UGA is a great football program and we know that Charlotte will provide a first-class experience for everyone involved."

The game against the Bulldogs replaces a previously scheduled match-up with Wyoming.