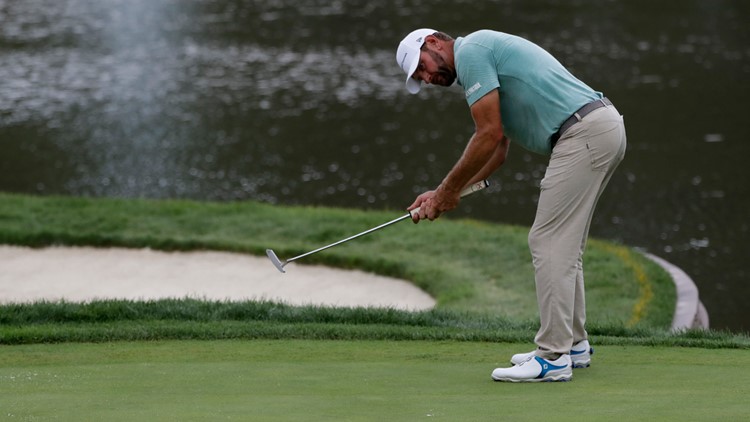 Photo by: AP
Lucas Glover reacts as he misses a bogie putt during the final round of the BMW Championship golf tournament at Medinah Country Club, Sunday, Aug. 18, 2019, in Medinah, Ill. (AP Photo/Nam Y. Huh)

MEDINAH, Ill. — Former Clemson Tiger Lucas Glover went three under in the final round of the BMW Championship on Sunday and he clinched a spot in the Tour Championship.

Glover hit long birdie, after long birdie, and the highlight was a 38 footer on the 15th hole. He finished 15 under for the tournament and tied for 7th place.

Glover came into the final round in 41st place in the FedEx Cup Standings but he just caught fire when he needed it most.

With his top 10 finish he is now 29th in FedEx Cup rankings. The top 30 go to the Tour Championship in Atlanta this week so Glover just squeaks in after shooting 69s or better at the BMW Championship.

This is a special event for Glover because the last time he went to the Tour Championship was back in 2009. It was the same year he won the US Open.

So this Tiger is back on the prowl after a decade hiatus.

Justin Thomas won the BMW Championship by three strokes with a final score of -25.