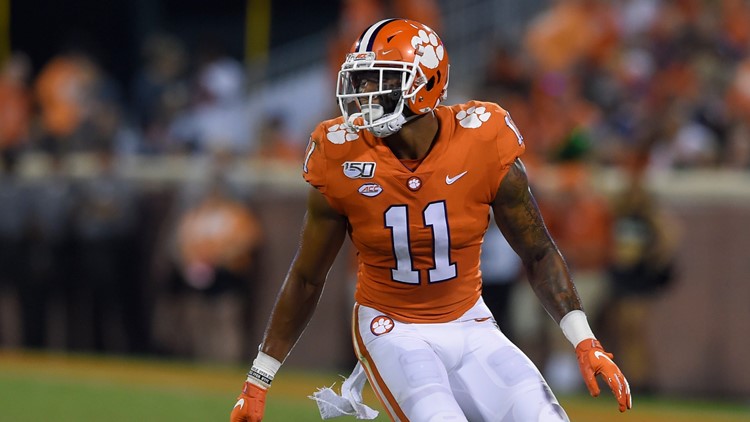 Photo by: AP
Clemson's Isaiah Simmons reacts to the play during the first half of an NCAA college football game against Charlotte Saturday, Sept. 21, 2019, in Clemson, S.C. (AP Photo/Richard Shiro)

COLUMBIA, S.C. — Clemson LB Isaiah Simmons announced via social media that he will be forgoing his senior season and entering the NFL draft. The redshirt-junior won the 2019 Butkus award for being the nation's best linebacker. Simmons led the tigers in tackles, tackles for loss and sacks. He also added three interceptions, eight pass breakups and one forced fumble. This news come after RB Travis Etienne announced that he will be returning to Clemson for one more year. Simmons is projected to be a first round NFL draft pick.